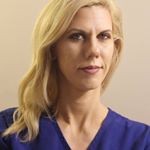 There are a lot of misconceptions surrounding death and dead bodies. As someone who works with corpses for a living, I’d like to take a moment to dispel a few of the more common myths I’ve heard.

1. Hair and Nails Continue to Grow After Death. It’s baffling how many people believe this happens. Nails and hair are made from a material called keratin, which consists of multiple layers of dead cells. Nail and hair growth occurs when new living cells form and push the dead ones out into the world. When a person dies, this activity ceases, which means no more growth occurs. Seems obvious, right? The myth may have been perpetuated by the fact that skin shrinks slightly after death due to moisture loss, causing hair and nails to look slightly longer.

2. Dead Bodies Occasionally Sit Up. Every now and then, you might hear a hospital worker tell the story of “that time they went to the morgue and saw a body sit up.” They are either messing with you, or a coworker was messing with them and they didn’t realize it! As someone who has worked in and around morgues for over 13 years, I can definitively tell you that dead bodies don’t sit up. If they did, I’d probably quit my job! The most they might do is twitch a little immediately after death. This phenomenon related to rigor mortis is known as a cadaveric spasm. Later, bloating from bacteria associated with decomposition may cause the body to shift a bit, but sitting up? Not going to happen.

3. Corpses Are a Bunch of Stiffs. Speaking of rigor mortis, did you know that rigor mortis, the postmortem stiffening of the body, comes and goes? Corpses may have earned the moniker, “stiffs,” but they don’t stay stiff forever. In fact, they may not even get stiff to begin with, depending on the cause of death. Initially the muscles of the body relax following death. Typically rigor mortis starts to set in around 6–12 hours later. The body can remain stiff anywhere from 18–36 hours, then will return to a more relaxed, floppy state. These times vary based on the cause of death and the body’s immediate environment.

4. An Autopsy Will Instantly Determine the Cause of Death. This is sometimes true, particularly if the cause of death has obvious physical manifestations, for instance, a stroke or a blood clot in the lungs. Oftentimes, additional testing is required. Pathologists may need to look at organs and tissues under the microscope, or send blood and body fluid samples for toxicology testing to detect poisons, drugs, and alcohol in forensic cases. This can take months due to backlogs at state laboratories. In some cases, the cause of death may never be fully known. Although preliminary autopsy results need to be reported within 2 days, pathologists still have 30 business days to complete an autopsy report when the cause of death is known, and 3 months for more complicated cases. This means you won’t be able to read the autopsy report in its entirety right away.

6. Death Investigation is Done by CSI. In the United States, Crime Scene Investigation (CSI) is completely different from forensic death investigation. CSI deals with evidence such as hair, fibers, shoe prints, etc. They collect this evidence and send it to be processed at a crime lab. Most commonly CSI is called to handle evidence from crimes dealing with living persons, such as rape or robbery. CSI may also come to a death scene, but the dead body is the responsibility of the medical examiner or coroner’s office. A representative of one of those offices will describe and photograph the body and surroundings at the death scene and determine if an autopsy is needed.

7. The Zombie Apocalypse is Coming. Well, it could be. No one really knows for sure.

8. A Coroner is the same as a Mortician. In the United States, coroners are elected officials who are responsible for death investigation and autopsies in some areas (they must be forensic pathologists in order to do autopsies). Morticians handle funeral services and preparation of the body for burial and viewing. A mortician can also be elected as a coroner. In some states they often perform both roles, but it’s important to note that these are two separate jobs. It’s also good to know that not every state has coroners. Some have medical examiner systems, which employ death investigators instead of coroners, although their job descriptions are often similar.

9. You’re Going to Be Buried in a Coffin. If you live in the United States, you’re more than likely going to be buried in a casket. Morticians are very particular about using this correct terminology and even study the parts of the casket in school. So here’s the deal. Caskets are rectangular boxes made from wood, composite, or metal, while coffins are six-sided, with the top wider than the bottom (think stereotypical Halloween decoration). European countries often use coffins, which can range from simple to lavishly decorated.

10. The Eyes Stay Closed After Death. It’s rare that decedent’s eyelids will stay closed after death. It’s also not unusual for someone to die with their eyes open. It can be unsettling to see a loved one with their eyes open, but it doesn’t have anything to do with their emotional state at the time of death. It’s actually quite natural and occurs due to muscle relaxation around the eyes. Another fact: the same thing happens with the mouth due to jaw muscle relaxation.

I dissect body parts for a living.