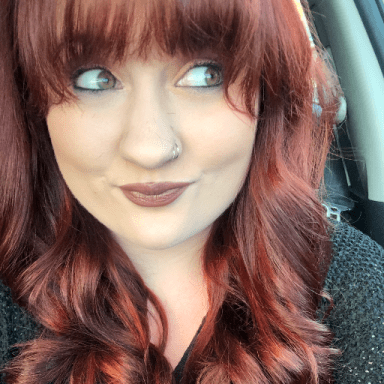 I turn 25 soon. 25. My twenties are almost halfway over. The realization slammed into me like a semi-truck and thoughts of “what if” and how much time I’ve wasted on stupid things immediately started swirling through my mind. After I stopped panicking, I instead started reflecting on what I’ve learned. There’s still so much knowledge left to obtain, and so many more years to do it. In the meantime, though, here are 25 important life lessons that I’ve learned before my 25th birthday (and the inevitable quarter-life crisis that will surely come along with it.)

Whether it be your biological family or your chosen family, the people you have in your corner who you turn to when things get rough are the most important people in your life, and you never know when you may lose them. Don’t take advantage of them. Put them on the top of your priority list, only after yourself.

3. It’s okay to get away from your passions for a while, but don’t sabotage yourself to never finding your way back.

I went over two years without writing more than 100 words at a time because I felt that I wasn’t good enough for it. I experienced a lot in those two years, but when I started putting words to paper again, a huge weight was lifted off my chest. It was like I was home again.

4. You can’t expect people to understand you if you don’t let them.

Let people in. Tell them what makes you, you. Sometimes, it’ll come back and bite you in the ass. But other times, you’ll develop some of the best partnerships and friendships you’ll ever have.

5. “No” is a necessary vocabulary word.

I’m the type of person who says “yes” or volunteers for things even when I know I don’t have the time to do it. I’m naturally a giver, but my anxiety can only take so much. Free yourself from burdens by saying no – it’s not as big of a deal as your mind makes it out to be.

When I was a teenager, credit card debt was something I promised I would never have. Fast forward to 22. I’m a fresh college graduate, in a weird spot mentally, and truly on my own for the first time. 3 years later, and well, I have a lot of nice things, but I probably can’t buy a house anytime soon. Don’t fall into the trap.

8. It’s okay to be disappointed but it’s not okay to give up.

I am a big fan of feeling my emotions, and what I’ve learned is that it’s okay to feel the way that you’re feeling. It’s okay to wallow in self-pity and let your disappointment eat at you for a while. Just don’t let it consume you. Don’t let it stop you from chasing after your dreams or living your best life. Instead, let it fuel you.

9. Vegetables are good for you.

For someone whose favorite color is green, I was always adamantly against green foods. But seriously, they’re good for you, and you just have to learn how to cook them the right way. You’ll be better for it.

They’re a good way to kick start weight loss, sure, but unless you make serious lifestyle changes, you won’t see results that stick.

Believe it or not, you aren’t alone in whatever fight you’re facing. People have gone through what you’re going through. It just takes you gathering the courage to ask for help to realize that.

12. You don’t have to be honest about everything.

Let me clarify here. I don’t think anyone should be a pathological liar. What I’m saying is your business is your own. You don’t have to share it with everyone if you choose not to. If protecting yourself means skirting the truth every once in a while, there’s no harm in that.

13. Not everyone is going to like you. And that’s okay.

This, as someone who generally depends on the acceptance and appreciation of others, continues to be a hard pill for me to swallow. But at the end of the day, you aren’t going to please everyone. The sooner this is realized, the easier off your life will be.

14. Your bank account says nothing about who you are.

Growing up, I always thought having money meant that you were better than other people. It meant you had more to offer and had a better sense of worth. What I’ve learned is that this is complete bullshit, and staying in for a movie night using someone else’s Netflix login is just as fun and valuable as going out for a fancy dinner. The best people in your life won’t see the difference.

15. Forgiveness is hard, but necessary.

I don’t know about you, but I can hold a grudge. Once someone has wronged me, I’ll always remember it. Forgiving people is so difficult for me, but unless I want the constant anger and resentment bubbling inside of me, I know how necessary it is to let go and move on. Once you’re finally able to do it, it’ll set you free.

Like forgiveness, exercise is purifying. Exercise is for more than just your physical health – for me, it’s also mental. I feel so accomplished and like I’ve expunged negative energy out of me when I get a really good workout in. That never makes it any easier, but it does motivate me to do it more often.

“Sticks and stones may break my bones, but words will never hurt me” is the most ridiculous saying I’ve ever heard. At the end of the day, people can tear you down with one sentence. They can target your weaknesses or your insecurities and rip you to shreds. That’s just how life goes. On the flip side, words can also build someone up and inflame their confidence. You can make someone feel better than they ever have with your praise. Just be mindful, because there’s a very fine line.

18. Motivation is fleeting, but discipline is long-lasting.

Enough said, I think. Motivation is temporary. It comes and goes in waves. But being disciplined about something and forming a habit has lasting results. This could be about how you perform at work, coming up with an exercise routine, or even cooking dinner instead of ordering in. Once you commit yourself to it and do it long enough, it’ll stick.

Seriously. Take care of yourself. Do that face mask. Drink that glass of wine. Run that extra mile on the treadmill. Get your nails done and dye your hair. Whatever self-care looks like for you, do it. Everyone deserves to be taken care of.

I have a hard time accepting criticism. I sometimes view feedback as an attack, and it’s taken a lot of tough conversations to learn that I don’t have to always have my guard up and have an excuse. People aren’t trying to attack me. They wouldn’t give me feedback if they didn’t care. Feedback is what makes you better if you listen to it.

You learn from messing things up. Failure is how I’ve learned 90% of what I know in this world, especially when it comes to being an adult. As long as you learn from what you’ve done wrong, failing forward, as one may say, there’s nothing wrong with screwing things up every once in a while.

23. It’s not always greener on the other side.

Things are never as good as they seem and never as bad as they seem, all at the same time. It’s okay to want for more, but it’s not realistic to think having nicer things will solve all of your problems.

24. Comparison will eat you alive.

The worst thing you can do is compare yourself to others. Whether it be you’re saying you’re better than someone or saying that someone is better than you, comparison like that steals your joy and ruins your confidence. It’ll have you questioning everything. Be yourself and don’t worry about what other people are doing.

Whether it be from other people or from yourself, everyone deserves to be loved. You may not believe it now, I may even struggle to believe it sometimes, but it’s true. I hope one day, you’ll see that.

Navigating life one chapter at a time.