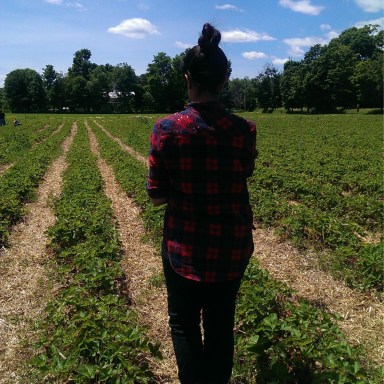 In Roman Mythology, Ceres is associated with the Earth, because she was the goddess of agriculture and fertility. Ceres reminds me a lot of the sign of Cancer. Many will argue that she is represented by Virgo, but I see the ominous side of Cancer because of the more intricate deep motherly love of this water sign. Yes, Ceres does rule agriculture and will be seen as synonymous to the sign of Virgo.

But Virgo is more intellectual than nurturing.

Virgo is ruled by Mercury, whereas Ceres is connected to the world and represents fertility, the cycle of life and death which is a very strong water sign trait (Scorpio, anyone?) and to me resonates more with Cancer. The lunar sign shows the beauty of motherhood and love, but when Cancer has been hurt, we see the shadow side to her. Cancer is fierce, she represents the gloomy chaotic side that we do not want to explore. This is why the Summer months are sometimes unbearable for people, because there is a deep hurt that pushes us within and burns us from inside. Cancer is Cardinal and teaches us how to handle our emotions, how we let them live and die before facing on. It exposes the darkest side of our core, it makes us stronger.

Virgo, has its complexities, but nothing relating to the deep emotional abyss that water signs take us to. All we have to do is recall the effects of the eclipse, to understand the emotional and psychological turmoil that water seasons can bring.

Ceres in the First House (Aries)

Ceres here seeks to nurture her ego; the self takes precedence and throughout their life, the native will find ways to use their drive to make a difference. That selfish love gets transformed into selfless love as they mature, especially if they end up falling in love and having a family of their own.

Ceres in the Second House (Taurus)

Here the native wants to be indulged and expects others to nurture them. The person with Ceres in Taurus wants luxury and comfort. They love good food and expensive things. They might feel cared for when they are surrounded by luxe items. While the Taurus placement wants the material world, the Scorpio sister sign wants to experience things beyond this realm.

Ceres in the Third House (Gemini)

The native aims to nurture their mind and the mind of others. Communication is important to these people, as they will want to devour everything that they can get their hands on. These people are intelligent and will love to impart their knowledge onto others.

Ceres in the Fourth House (Cancer)

Has the desire to nurture those in their home. Will be a maternal or paternal figure for others. This is the mother that devotes her time and energy to her children. The father who quits his job to take care of his kids. Here are the people who put family first and will die for them.

Ceres in the Fifth House (Leo)

Nurtures through their creative side. Extremely imaginative, might be into finding outlets that will let others feel as if they can relate to them. Would be interesting to see animators and actors or script writers with this placement.

Ceres in the Sixth House (Virgo)

At work, they might be viewed as the parental figure. Co-workers might go to them to vent, friends will seek them for advice. This is someone who is approachable and loving in an environment that is highly demanding. Midwives would excel in this position.

Ceres in the Seventh House (Libra)

Their nurturing side comes to life when they are in a relationship. The native is devoted and gives their world up for the person that they love. Be advised that this is not the type of person who simply falls easily, their Ceres will be activated when they find someone who is worthy.

Ceres in the Eighth House (Scorpio)

When Ceres is in the eighth house, the native wants to be nurtured by the darker side of things. What others might find taboo will get them interested. Here the native seeks a form of destruction in order to be reborn or remade. Witchcraft might appeal to them or a new form of Theology. If the metaphysical is not enough, the physical, such as sex and other forms of pleasures will nurture them. The Second and eighth Houses want to experience pleasures. One in the physical realm and the other in another dimension.

Ceres in the Ninth House (Sagittarius)

Seeks to nurture others through academia or if they are abroad, they can become beacons of hope for others. Positions that would make them excel would be, Professors, Spiritual Guides and other professions dealing with higher forms of learning.

Ceres in the Tenth House (Capricorn)

In order to see this person’s Ceres, we would have to dive into their psyche. When they find their sense of purpose, they will do their best to help others if they are in a position of power. They would be inclined to give donations to charities or host fancy dinners for social causes. This is not like those in the 11th or 12th who seek to aim the masses by getting their hands dirty. Ceres in the tenth uses their fame to help others.

Ceres in the Eleventh House (Aquarius)

The collective becomes important and they want to nurture those who are going through injustices. These would be the protestors, fighting for those who have been disenfranchised or do not have a voice. Here are the activists that want to make a change. They will nurture and heal through their political fights.

Ceres in the Twelfth House (Pisces)

The final house, the house of self undoing. Here Ceres thrives when she is nurturing others in need. This is where the native goes and volunteers at soup kitchens or travels abroad to third world countries to help those in need. Ceres here is devoted to making an impact, a change and she will not stop.

What Virgo Should Expect In September 2021 (Horoscope)

What Libra Should Expect In September 2021 (Horoscope)

What Aquarius Should Expect For September 2021