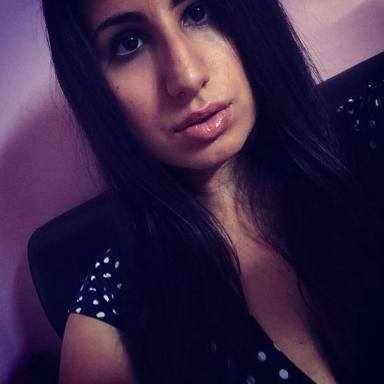 When you’re growing up, your body goes through some major changes. This is already common knowledge. However, when your hormones are already racing out of whack, it’s hard to tell the difference as to what’s “normal” or an issue your hormones stimulate when they climb or drop.

Saying that, I would like to share my story detailing the struggle of suffering from a hormonal imbalance and other symptoms of PCOS.

Polycystic Ovary Syndrome (PCOS) is a common hormonal and endocrine disorder among females of conceiving age. Between 1 in 10 and 1 in 20 women have it, which translates to as significant as 5 million women in the US going through PCOS. It can be found in girls as young as 11 years of age.

Some symptoms and issues of PCOS include but are not limited to; infertility, issues with ovulation, painful sex (vaginismus), weight gain, hair growth, acne, early menstruation, heavy or irregular periods, and hormonal imbalance.

In my experience, I have coped with multiple signs of PCOS since I entered puberty. I started developing breasts at the age of nine, which led to my first period at only 10 years old. During this point, I was already dealing with rampant acne; which I picked at incessantly until it left red scars all over my face.

My pediatrician didn’t see an issue. He ruled my well-developed breasts, early menstruation, excessive body hair and acne – not to mention weight gain – as apart of puberty. Later, adult doctors – such as my family doctor – attributed my symptoms to genetics and ethnicity.

While constantly maintaining my hygiene and appearance through laser hair removal, waxing, shaving, dieting and exercising, I was able to eliminate majority of my hair in a few years time – aside from the random patches of hair due to laser removal – and fluctuate between 50 pounds of weight gain on multiple occasions.

I’ve prescribed (no pun intended) from a low-carb diet to a “medically-monitored” diet, where I would lose 10 or 20 pounds per month. But when I ate “normally”, the weight would slowly creep back on again. The initial question was if this was typical, a result of a curvier body type and larger bone structure, or a host of medical issues – whether it be slow metabolism, hormonal issues or PCOS.

When I started losing weight from the ages of 16 to 17, what appeared to be PCOS in my blood tests was diminishing. So because my skin was clearing up with the use of a face wash and my body was thinning out with the use of a diet, random body hair in certain areas (like my neck) didn’t seem to matter. Even though the smallest adult size I became was an 8 (while trying) and my complexion was still rather oily, the possibility of PCOS wasn’t addressed until nearly a decade later.

In 2013, I attempted a “medically-supervised” diet where you can lose 15 to 20 pounds per month. The efficient weight loss appealed to my motivation; but once I successfully abided by the diet, the weight fell off and my period returned – every 2 weeks. Ironically enough, I always received a regular period; which is why my endocrinologist ruled out the risk of PCOS as a potential scenario. Even though women with PCOS don’t menstruate regularly, I was getting my period more than regularly – more than I would ever want to.

Blood tests found that I had slightly elevated levels of prolactin; which paved to earlier and heavier periods, pilonidal cysts and lack of ovulation.

There are other details I could also discuss further; but the overall message is that for the past two years, my doctors have been keeping check of my hormone levels through blood tests. I am happy to say I may finally receive medication. That is how long it took to recognize and diagnose, through investigation, the specific medical issue of PCOS.

Valerie Bevilacqua is a writer from Toronto (born and raised); who loves everything pink and cupcake! In her eight ...

We Found Grace In A Bathroom Mirror