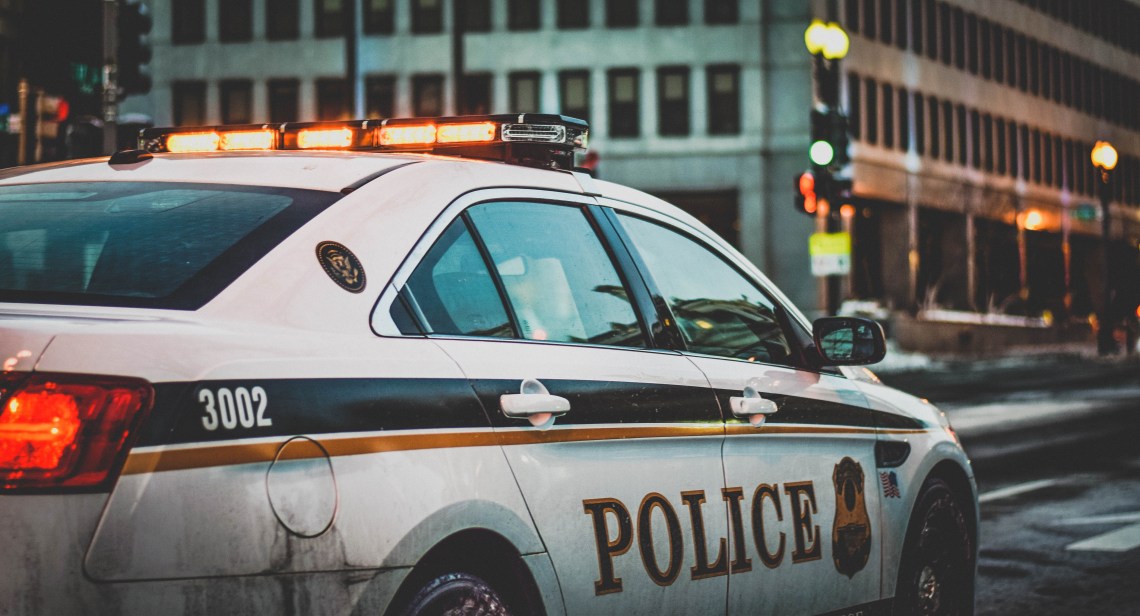 There was an urban myth passed around the East L.A. Sheriff’s Department about a decade ago about a super cop named “Super Mario.” Word on the street was that gang members would handcuff themselves at the mere sight of him. Deputies aspired to be him. Stories of his legendary status were passed through the ranks from the hardened veterans to the bright-eyed and bushy-tailed new deputies.

It was no myth at all. “Super Mario” is real and happens to be my dad.

How he earned that name at the East L.A. Station, one of the most dangerous urban areas in the country, I don’t know. He’s too humble ever to tell us why. I knew it was not just a nickname. He was a special kind of cop. I have always been able to retrace every step of my father’s life dedicating himself to serving others. Every night that we were able to have dinner together around the table, we shared stories. The ones I remembered most were the stories that came from my dad starting with “So I was rolling Code 3…” his version of “once upon a time.”

He was “Super Mario” at home too. With our father, the cop, my siblings and I shared a unique code-of-conduct: you always told the truth or he’d find a way to get it out of you.

You took responsibility for wrongs; there was no such thing as failure if you gave 100-percent all the time; and no matter what, you always knew how to laugh and how to love each other.

He often worked insane amounts of overtime to ensure that we had some of the nicer things in life. No matter what, no matter how tired he was, he and my mother always seemed to be at our sporting events or school performances. To this day, I have no idea how my parents did it.

Being a family member of a police officer, especially one serving in the line of duty in East L.A., life wasn’t always sunshine and rainbows. I remember one instance in which my mother was picking us up from my grandparent’s house after her workday ended, when the phone rang. My mom immediately sank into the stool underneath the phone and burst into tears. My dad and other deputies had been shot at with an AK-47 while on patrol. When my mom cried, those were the bad days.

For my dad, he’s told me repeatedly, the worst days were having to go to a family’s home to tell them that their teenager had been killed in a car accident due to a drunk driver. When he told those stories, I could see it in his eyes. Those hurt the most—the thought of losing a child.

He told us these stories to protect us, so we knew all our actions had consequences.

I never saw any real emotion from my father other than happiness. Though they have never told me, I am so certain that my parents shared the hurt together, crying behind closed doors. They protected us from that pain all those years.

As hard as my dad tried, whether it was feeling the beating I took financially and emotionally from my first days in the film business to the officer-involved shootings of African-American men, he couldn’t protect me from the grim realities of life.

‘Michael Brown was shot.’ ‘Eric Garner was choked.’ News posts serving up sound bites about the ‘awful’ and ‘racist’ police began filling my Facebook feed. Articles were being written about the consistent failure of police officers. Videos about raising up arms against cops went viral.

My dad and I talked about these shootings. We didn’t always see eye to eye. He obviously took a pro-police stance for each one, and I, always emphatically in the middle politically, would raise questions or disagree with him on some things. How could he see policing as complete perfection?

Then, five officers were shot in Dallas, Texas, protecting a protest against a police officer’s treatment of African Americans.

I texted my father: “This is all such fucking bullshit and I hate it,” hoping that he could make some sense of this. He didn’t have an answer.

That’s when it hit me. Regardless of where they are in this country, every cop is a “brother” or “sister” in blue. He knew what every cop in this country went through, putting their lives on the line every day, with their primary goal to get home to their families.

Every day my dad was on duty I was fortunate that he came home. Five families that day were robbed of that luxury.

With each officer that died as a result of this new wave of police shootings, it cut him deeper and deeper.

Seeing the hurt on his face, I was able to come to an even greater understanding—just as when officers lost one of their own, the African American community felt a similar hurt when they felt someone was unjustly killed. After years of disenfranchisement in a country basing its moral compass on the ideals of freedom and liberty, how could they not grow furious?

In my eyes, there was an understanding here that everyone could come to. Just as my father had said if we look at ourselves, give our 100-percent, and always love each other, we’d be okay. Instead, voices are not heard or understood and no agreement or meaningful agreement has come to place.

In the line of duty, my dad only knew right from wrong. He only knew how to be a great police officer. And he did it with such unquestionable integrity and honor. My dad didn’t see color first when he worked. After all, he was a Latino taking on predominantly Latino gang members, every single night.

Though my dad has retired, it’s come with an unusual burden. A burden to be remembered as a good person, a title he has earned so flawlessly. He spends his days trying to convince his family members and various people on Facebook the inherent good of his profession. He concedes that there are bad people that are serving as cops. They dishonor everything he stood for as a police officer.

My father and I won’t always see eye to eye on policing. I will continue to try to open his perspective as to why people feel the way that they do about these shootings and he will try to continue to open mine as to why police officers are doing the job the best that they can and can’t be at fault. The day in and day out struggle wears on him. If everything you believed in was suddenly thrown into the spotlight as being ‘bad’ or at the very least, questionable, wouldn’t you be exhausted too?

After a career spanning longer than my lifetime as part of the L.A. County Sheriff’s Department, and a hip replacement from the grueling wear and tear of the job, my dad is tired. Sometimes, when I go visit him and my mom at their house, I question if he’s become lazy in his old age. He wears sweatpants to the movies or out to dinner. He’s spends most of his retired days playing guitar or ukulele, enjoying every single minute he can with his two devastatingly adorable granddaughters, and deciding between watching ‘The Maury Show,’ Lifetime movies or reruns of various MTV dating shows from the early 2000s.

My father hasn’t stopped protecting and serving. Recently, while helping to move my ex-girlfriend out of her apartment, my 58-year-old father, a month after hip replacement surgery, chased down, wrestled and handcuffed a man who had assaulted a store clerk and stolen a bottle of alcohol at a nearby supermarket. It’s in his blood. “Super Mario” never stops working to be a great cop, a great husband, a great father and an even better grandfather. It’s just who he is.

To all those that may criticize police officers without thinking from their perspective of trying to get home to their families at all cost. To all those that may criticize the African American community and their lack of respect for law enforcement. I ask you to consider one thing, please. Think of the legendary man that is my father, “Super Mario.”

Look at both sides of the coin with your heart and not with blind anger.

Help us to grow together as one and realize, that we’re not so different from each other. That is the way that we’re going to continue to improve as a nation. That is how everyone will find happiness.

As for now, my dad will continue to protect, and to serve. And hell, he’ll probably do it in a pair of sweatpants.