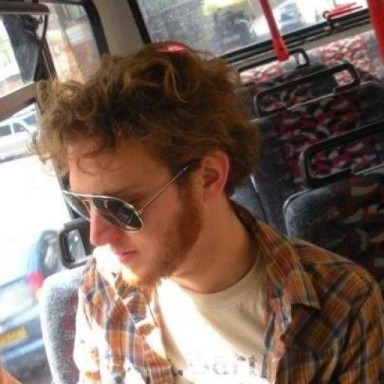 New York Times reporter Anthony Shadid was traversing some godforsaken desert last week, sneaking out of Syria to report on news no one else was brave enough to report on when a sudden asthma attack flared up and killed him. And back here in America all I could think was: “Where the hell is my asthma inhaler?”

It had fallen out of my pocket on a Monday night, setting off a state of panic reserved for crises in a post-health insurance America. If you’re afflicted with asthma, the inhaler (colloquially the “puffer” or just “haler”) is the only security blanket you really care about — aspirin, Claritin and Epipens be damned. Which leads you to carrying one around at all times, especially in the dead of winter when the old gray winds conspire to grab your lungs in a dry, icy hand and pinch them to the point of exasperated panting.

While Shadid was dying of a terrible asthma attack in apparent reaction to a horse, I was running around Brooklyn trying to find my last inhaler. As I began my quest, I caught updates on Twitter about Shadid, one of my journalism heroes, a reporter of inscrutable bad-assery whose exploits in Iraq I’d been following since the days I’d grab the Washington Post on my way to journalism class in college. He was one of those no-nonsense foreign reporters I always imagined myself being if only I could learn Arabic and wasn’t born with this damned white skin.

He died in the desert on his way to cover one of the most important events taking place in the world, while all the big news outlets like CNN worried about where to place their establishing shots for the Whitney Houston funeral (and the subsequent five hours of live coverage). He’d been shot and held captive in Libya before, but it was a simple inflammation of airways that felled him.

Some people have terrible asthma, the kind that sends you to a hospital when blast after blast from the inhaler won’t release your air flow from its chronic prison. They hook you up to a machine that pumps what feels like steam into your lungs. Mine is just a sometimes spark of raspy breath that won’t expunge itself no matter how many times I cough, and can be set off by something as mundane as a change in temperature from inside to outside or as intense as a 10-mile run. My worst attacks are ignited by a few choice catalysts: cigarettes, cats, winter. I could live in a world absent all three of these, for reasons that have nothing to do with asthma.

But if you’re not among the afflicted, here’s how you can imagine what it’s like to have an attack: take a bendy straw, put it into your mouth, and try to breath from it for two hours while holding your nose. And then at the end of two hours, throw some sand in the top of the straw and try to do it for another two hours.

As Shadid was about to meet his end via a seizure of the breathing passages, I was rummaging through various bar couches and lost-and-found bins, hoping someone, somewhere, had found this thing and put it aside. I was doing a walk of shame through Brooklyn, approaching bartenders before their night crowd had arrived, saying things like “I AM A NERD AND I LOST SOMETHING NERDY HERE ON MONDAY NIGHT AND OH GOD I HOPE YOU FIND IT.”

One cute brunette bartender looked at me with pity eyes and said, “Wow, we’re just laying it all on the table, aren’t we?” before telling me that it was nowhere to be found. And then another bar, another sympathetic bartender, another sad look, but no luck.

When I mentioned that I was uninsured, the one thing keeping me from treating this like a lost pair of sunglasses, I got a renewed sense of resolve from the object hunters, but that still wasn’t enough to make it appear. A “Sorry, honey” and a sad smirk was the best I got.

The news about Shadid sent me into shock, not just for the loss to our nation’s journalistic corps, but for the sheer terror at the circumstances of his death. Blow me up, run me over with a car, shoot me in the slums of Baltimore or let me die in a plane on the way to cover a new Steak & Shake opening in Peoria, but dear journalism gods above, don’t let me die of a mundane asthma attack while on assignment.

My terror stems from an incident on the opposite end of the journalism danger spectrum from what Shadid was doing: Years ago in my first post-college gig working for a chain of weekly papers in suburban Maryland, I was assigned to cover a human interest piece about a woman on the outskirts of Bowie who adopted all kinds of creatures and cared for them on her farm: peacocks, chickens, alpacas, a god-awful feral cat trailer that smelled like levels one through six of my own personal hell, and, of course, horses.

The woman told me to pet the horses to see that they were friendly and deserved to be loved, which I did. I have no qualms with horses, but shortly after the episode I fled to my Celica and sped back to my newsroom, eyes brutally red, itchy and runny and lungs screaming in protest because — who knew? — horse hair and asthma allergies don’t mix. My trip to the farm led to an entire weekend of allergic reactions that turned me into a wheezy, miserable mess, curled up on my bed wondering if this job would ever get me anything better than (had I known about Shadid’s eventual fate) a future connection to a Pulitzer Prize-winning journalist.

There’s something lonely and terrible about dying by asthma attack. Who knows if, in the frenzy of the moment, Shadid even had time to grab a puffer?  The experience must feel like the utmost instance of your body conspiring against you. It tries to fight off something that it considers an allergen and BAM, it goes into system lockdown in the desert, hours from the nearest hospital, waiting for a reboot that never comes; your death nothing more than a medical anomaly that barely raises as a blip in one of the most volatile places on Earth. Shadid is gone, and we’re left with his legacy as an asthma sufferer who ventured deep into the warring wastelands of Africa to bring you the stories that mattered, sacrificing everything to the cause.

Three days after Shadid died, I finally found the damn thing, not in a bar at all, or in a desert, but wedged between my bed and nightstand, probably lost there after a middle of the night attack of wheezing that ripped me from my sleep. It looked different than before, no longer just a safety blanket but now a stark reminder of how fragile health can be, even when there are no stray horses or barren deserts to contend with.

That’s why I make a call today to all fellow asthma sufferers to stand up! Raise your puffer high and toast one to a fallen hero! Inhale one big medicated breath in honor of all the puffs he never got to take.