Skip to content
Sponsored Content
Report This Article
What is the issue?
When we talk about religion and family, it’s usually in a jokey “conservative uncle at the dinner table” kind of way. We don’t take seriously how severely religion can change someone, or how it can color every aspect of your relationships. In anticipation of the second season of Hulu’s Original Series “The Path” (now streaming on Hulu), I’m opening up about my experience growing up in a fundamentalist cult with Christian beliefs. 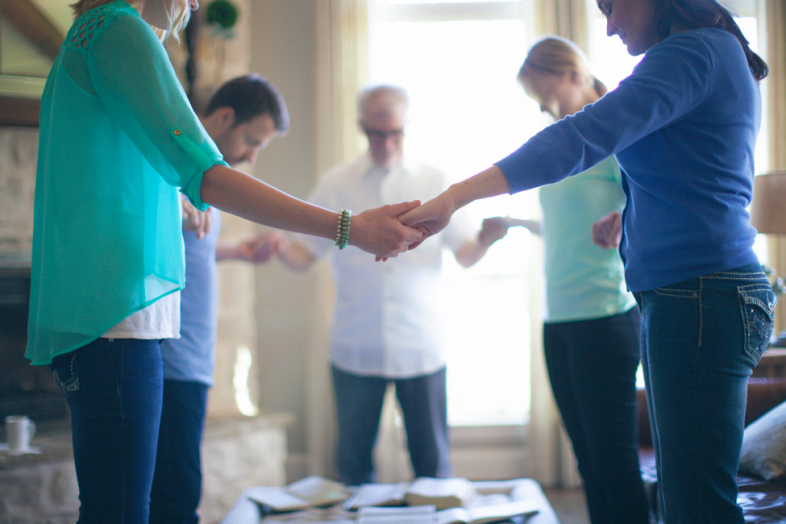 What people don’t understand about leaving a strict religious group is that you have to leave everything behind.

Your identity is made up of those people around you, those things that you believed for so long because you were a good kid and you did what made your parents happy. Imagine looking back at the first half of your life as if you lived it on an alien planet. When you leave there is a scorched earth in your rearview mirror and you have absolutely no idea where to drive.

You leave your family and friends — your entire social network and support system is poof! gone. You have to make this intensely scary decision of becoming a person who has no one after growing up in a tight-knit community. It’s lonely and disorienting and you keep wondering if you should have just tried harder to believe so you could have stayed.

I grew up in an extreme, very fundamentalist group that considered itself a sect of Christianity. It can most accurately be described as a cult, though technically it’s a “non-denominational” “training institution”, “homeschooling program” and series of “seminars”. I have to put quotes around everything because there’s a huge difference between what they call stuff and what it actually is.

People think when they hear ‘Christianity’ that they understand what I’m talking about, but they don’t. This was an extreme sect. I was homeschooled, kept away from secular culture, and taught that people outside the community were fallen and sinful influences that would distract me from my walk with God. I was basically completely ostracized from anyone who didn’t believe what my family believed. Imagine walking out into the world after that?

My father and the other elders in our community would use our religion to justify anything they wanted to do. By using the bible, they had complete power over me and if I complained I wasn’t questioning them, I was questioning our faith. I was questioning God. So obviously, this wasn’t allowed. Even though I was one of the most “questioning” (aka rebellious) people I knew, I internalized what I was taught and I spent a long time believing I was a faulty human being because I couldn’t accept on faith what everyone I loved could.

One of the grossest aspects of it all was the emphasis on “cheerfulness”. In order to be a good member, you had to be happy all the time — even when you were doing something like scrubbing toilets. Cheerfulness was the only acceptable outcome of any situation.

My dad controlled me by telling me what it was “dangerous” for me to do — which was basically anything that would have given me confidence or allowed me to have any kind of relationship with an outsider. He wanted me to be completely cut off and dependent on him. He and my mom also taught me that my body was inherently sinful. Modesty was drilled home from an inappropriately young age. It was my responsibility to keep men from seeing my body in a way that may trigger sexual thoughts. I didn’t even know what “immoral thoughts” were when I started having to be concerned about this!

I think my parent’s religion is suspicious as hell, but I get why people don’t leave. I spend a lot of time wishing I wasn’t the kind of person who had to leave.

I knew when I left we wouldn’t have any kind of relationship. They would never accept me outside of the church, and I knew they’d always choose the church over me.

My parents refuse to speak to me. Full stop.

At first they would have short, rehearsed conversations where they repeated the same phrases about how they were “worried” about me and how I could “repent” and ask God to “make me stronger” — but those tapered off. I think they pretend I don’t exist now. People from the church are probably polite enough to have stopped asking about me.

As for me, I’m doing okay now. I don’t think I’ll ever stop feeling weird and left out and like part of me is missing, but I’m still happy I left. Most people don’t understand why it’s such a big deal and I just tell them to imagine leaving an entire half of your life behind. If you do that you might begin to understand what it’s like when your parents choose their religion over you. There’s a reason they call that kind of stuff ‘roots’, you feel unstable without it.

Season 2 of The Path is Now Streaming on Hulu. New Episodes Wednesdays.