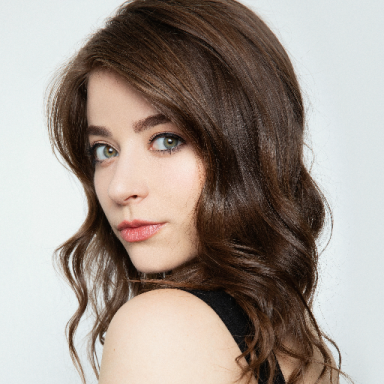 I’ve been white girl broke for the better part of a decade. It’s the kind of poor where you’re okay with maxing out you credit card on white wine and face masks, because a hit to your credit score always outweighs a hit to your lifestyle. It’s not that you couldn’t make more money, either. It’s just that your dreams seem more important than breaking even.

So, you have to get creative.

For me, that’s been finding interesting side hustles that produce the highest reward with the least amount of work. And just to clarify, “side hustle” doesn’t always mean “job”.

In early 2017, I was over a year deep into a prolonged break up with my ex-boyfriend of four and a half years. We had split towards the end of 2015 and decided to stay friends. When people tell you staying friends is possible, they’re wrong. It almost always leads to sex, and sex leads to emotions, and eventually, you’re right back where you started. It gets especially confusing when you’re both seeing other people, but even more confusing when you’re the one seeing more people. You want to get away, but you’re too racked with guilt to leave.

Lost and desperate to find an escape, I flew to New York in April and partied my face off. I watched the $100 in my checking account quickly drain to zero, while my credit cards soared to never before seen heights. About to reach a new level of “brokeness”, I still had to figure out a way to get to Canada and back. One of my best friends lives in Toronto and taking a 12-hour MegaBus ride to visit her seemed like not only a fun adventure, but a confirmed free couch. The only problem was, the bus tickets were around $40 each way. It was still cheaper than a hotel, but when you’re working in the negatives, a hundred dollars feels like five million.

One night, while drunkenly wandering the New York City streets with a few local friends, a brilliant idea hit me. What if I cashed in on past grievances for a little retribution? I didn’t have a ton of terrible exes, but there was one in particular that at least owed me a bus ride to Toronto. For the purposes of this article, I will call him Sloth, because, well, I’ve never seen another human look so remarkably similar to a sloth.

I met Sloth during my sophomore year of high school. He was a skater kid with a good sense of humor and messy hair. He was also a practicing Jehovah’s Witness, although a terrible one. He celebrated birthdays and sold drugs, both of which I’m pretty sure are against the rules. It seemed like the only thing he was really committed to in his faith was the idea that we were all going to turn into dust.

Sloth was a lot of things, but he was not, however, a good boyfriend. He cheated on me with four other women, one of whom I considered a best friend at the time. I wish I could tell you that I broke up with Sloth immediately and never talked to him again, but after I found out, we got back together and dated for another unmemorable month. It wasn’t my brightest moment, but I think a part of me had to go through a second round to realize that I deserved better. Something I still hadn’t realized with current ex.

Determined to make it to Canada, I drunkenly sent a Venmo request for $35 to Sloth for “pain and suffering”. I based my requested amount on a sliding scale of time passed versus remaining hurt, while also taking into consideration his financial status and likelihood to accept the number. I probably could have asked for more, but the goal of this wasn’t to spite anyone. It was simply to get through my trip.

I wasn’t ready to give up yet. Fueled by adrenaline, I sent another request for “pain and suffering” to the hot rock climber I lost my virginity to. Technically, we were never together, but I did really like him at the time, even though he didn’t want to be with me, so I requested $7.

Immediately, I got a text from Rock Climber. We hadn’t spoken in years, but he still had my number:

ROCK CLIMBER: Pain AND suffering…for seven bucks!! Sheesh!!! What am I made of money!?! I think we’re going to have to work out some sort of monthly payment plan…!!!!???? I mean, I gotta eat!

I’m ashamed that I ever fell for someone who would use that much punctuation, but we bartered and settled on $0.25 a month. I sent a new request for the agreed-upon rate and found myself a few cents closer to my goal.

Sloth still hadn’t acknowledged my request, so I took it a step further and started charging men who had either recently said something creepy or that I had hooked up with. Those two things don’t necessarily overlap, but both groups seemed like they would be invested in my future. The cost breakdown went something like this:

I think men like to feel needed. At least, I like to imagine that’s why this worked so well. Guy A immediately filled the request, then texted and asked if I was in trouble. I said no. Guy C denied my request, then sent me $50. I think he really liked me and I still feel bad about that, but I recently bought him a drink, so I only owe him like $30 now. Guy D accepted it. With $62.94 in the bank, I was getting close to my $80 bus ride.

Then, Guy B accepted my request. Not only did I meet my goal with his $20, but he sent me another $50. The following day, he sent me $30 with a pizza emoji. And it kept going. He would send me cash for random things, like $15 with the message “burrito”. I would accept, then send a request back for $20 with the message “you can do better than $15”. He would fill it and then send more.

Our interactions eventually moved off of Venmo and into DMs. He would send me some small sum of money and we would talk for a while. The conversations were about as meaningful as it could get over Instagram. We talked about everything from anxiety to family to nachos. It never went further than that, but my stupid bit turned into an odd friendship. Or anti-climactic virtual escort service. It’s hard to tell. Either way, I have a special place in my heart for Guy B. Without him, I would never have made it back from the East Coast alive.

A month after New York, I received a message from Sloth:

A bold choice in words after ignoring my Venmo request. After waiting a few days to respond, the conversation continued like this:

SLOTH [minutes later]: You sure just $35

I wasn’t trying to bankrupt him. I knew he didn’t have $3,500. I just wanted what was fair. After some convincing that $35 would actually allow me to forgive him, Sloth filled my request at 1:10 AM on May 27, 2017. Honestly, I think it worked. I haven’t passive-aggressively told the story about how I got cheated on in high school since.

If you ever experience infidelity, just remember that restitution is possible. Even if you are white girl broke, you don’t want to end up with someone who cheats. It means they don’t respect you. It’s terrifying to leave the comfort of that person, but you deserve better. Do yourself a favor and move on to a better, more fulfilled life. I promise it’s there for you.

And you might just end up thirty-five dollars richer.