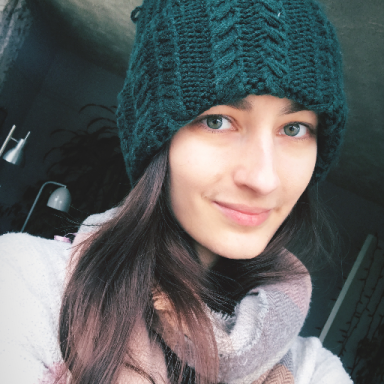 They say that life is a journey of some kind. And maybe it is, or maybe it isn’t as serious as that. But I do believe that part of it is about learning lessons. And sometimes we have to learn to be alone and be okay with that.

Loneliness is going to be a part of all our lives at some point—for some more than others, perhaps. But like happiness or sadness, it is inevitable. For me, succumbing to loneliness wasn’t about having no family. It wasn’t about not going to school or college or eventually work. I had all those things in my life and had friends because of it. But you know what they say—sometimes in a crowded room, you can still feel alone. So my first lesson in loneliness was this: People don’t make you feel welcome, the right people do.

At some point you may have to make the decision to remove yourself from those who feel familiar because you know on some level they’re not good for you. And it’s a tough thing to do, especially as a young person. Sometimes if you’re part of a crowd you know isn’t right, it means being alone for a bit while you figure out where you need to be going. But that doesn’t have to mean you’re always lonely. I did this in my teens, and I spent hours in my room deciding on big things, like leaving school, starting a new job, and thinking about my future—all on my own. And in reality, that time alone was what I needed to clearly define who I was, not who my peer group was and not what I thought I should be. Sometimes I still remove myself from the world because I think it’s vital at all ages to reevaluate your company and social circle. In a way, being friendless or simply alone during those times taught me more about interacting with people than I thought possible, because it taught me who I should be interacting with.

True loneliness can only last as long as you ignore it. Thinking that the feeling will go away by itself is a dangerous game you’ll play with yourself in the hope that it’s a phase or a 2 a.m. phenomenon you can’t help. It’s not. Getting to the root cause of the feeling is something you have to push yourself to do, because once you’ve figured that out, the rest usually falls into place. Once the foundations are fixed, you’ll find yourself feeling it less and less. It won’t go completely, but it’ll become bearable and understandable.

Being lonely is okay! It’s okay to feel alone at any point in your life. In fact, it can even work to your benefit. It can help you realize you’re in the wrong friendship, relationship, or career. It can help you find a passion or a hobby you would never have found otherwise. It’s your heart’s way of telling you to get the hell out of a rut. Listen to your loneliness, because it’s telling you something. And when you figure out what that thing is, you’ll thank that feeling and maybe even welcome it again one day as a chance to clear out everything that’s wrong.

Don’t be scared of being alone just because it may mean being lonely for a while. Sometimes it’s necessary. Sometimes it’s there to teach you a lesson. And sometimes it’s a pain in the backside. But it’s most definitely always temporary, like most things in life. Never feel like you’re completely alone, because you always have yourself. Remember that, if nothing else.