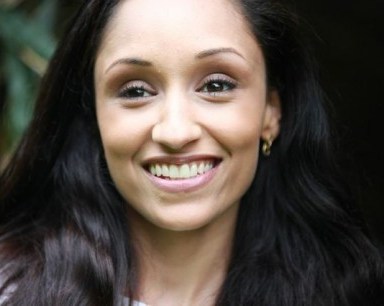 Synchronicity is defined as the simultaneous occurrence of events that appear significantly related but have no discernible causal connection. We search for reasoning behind events in life and attempt to connect those simultaneous occurrences in order to make sense of them. So we can feel like there is a purpose behind hardship and suffering. And so we can manage our rage.

I found out I was HIV positive at the age of nine. One night, my mother called me into her room and said she needed to talk to me. She said, “From now on, we’ll be visiting a doctor every three months because you have a disease called HIV.” No sugar coating, she gave it to me straight.

I was unaware of the stigma surrounding HIV at that age. But I didn’t need to know. Just listening to my mother’s tone and seeing her facial expression clearly telegraphed that this was not a good thing. This three-letter acronym was serious. I instantly felt wrong, disgusting and sick. Words failed me. I collapsed into my mother’s arms and cried.

At that time, I was adjusting to my new home and family as I had just been adopted a few months prior. But at that moment, my life changed again. This was a beginning of many new obstacles to face. I had to become more responsible and cautious. My nine-year-old self processed this poorly. My blood was contaminated. Would I still make Santa’s Nice List? No matter, I had other things to worry about, like taking medications that were designed to keep me alive without vomiting up a dosage.

In the fifth grade, I grew very close to a classmate named Sarah. We were inseparable. Lunchroom buddies, recess playmates and we tried our best to work in the same groups for projects. She asked me to come over to her house to play one day after school. I was really hesitant because I knew my mother would say no, but I assured her that I would ask.

My stomach was in knots as my brain wondered how to reconcile my secret with my desire to be a normal kid. The words “cautious” and “contagious” replayed over and over in my mind. I couldn’t play too rough because I could hurt myself and end up bleeding. What if I got my favorite friend sick?

Once I got home, I went straight in to ask my mom about going over to my friend’s house for a play date. She gave me an ultimatum. She said, “You can spend a night at your friends house and go to play dates if you disclose your status.”

I agreed to do this because I wanted to be “normal.” I wanted to play with my friends outside of school. It was important for me to take this step. My doctor at the time gave me a little black binder full of HIV information. It was a guide on how to survive this disease. A guide to live my life. I decided to bring that book with me to disclose to my BFF.

I was a nervous wreck. What if she thought I had the “cooties,” or what if she decided to not be friend anymore after I disclosed this secret to her? Or what if she told my whole class that I was a contagious monster? I pushed those thoughts aside and decided this was the best option. My mom had assured me that this was beneficial for me. She wanted me to be safe when I was away from home.

So we drove over to her house and my mom gave me a huge hug and said, “It’ll be okay, you’re strong baby girl.” My heart raced as I went inside their home, my little black binder burning a hole in my book bag. Her mom greeted me with a smile. Her expression was gentle and warm. I wanted to cry immediately.

My friend came running to greet me, excited to finally have me over but clueless as to how serious this playdate was about to get. She was a ball of energy, so happy, so worry-free. I was not. My secret was weighing on me.

She led me into her room to give me the tour and I told her that I had to share a secret with her. Instantly her attention was on me. Her eyes were full of curiosity. I took out my little black binder and took a deep breath. The words were in my head. I practiced saying them over and over. How hard is it to say, “I’m HIV positive”? Well, it was extremely hard.

Sometimes we’re put in a place where our emotions prohibit us from effectively communicating. This was that moment. I asked her for a highlighter and I opened my binder and highlighted a sentence on the first page. “HIV — Human immunodeficiency virus.” I passed the binder to her and asked her to read the highlighted sentence. She read it aloud. With no hesitation. I wondered why it was so easy for her to say that three letter acronym.

She asked why I was showing her this and I responded that I had this disease. She asked if I was going to die and I laughed and told her no. And that was that. We moved on from that conversation and she never mentioned it again.

This was the first of many disclosures that I would have to endure. About a year ago, on one of the last days of fall, it was absolutely beautiful outside. The smell of fall always gives me a sense of comfort. I decided to go bike riding in the park with a colleague of mine. The first 15 minutes or so was a breeze. I began to take in everything around me, the sweet crisp smell of the cool fall breeze, green trees surrounding me, people riding their bikes, skates, running and walking.

Hearing the beautiful sounds of laughter and chattering with a mix of birds chirping and the wind whistling in my ears was delightful. As we approached a steep hill, I pulled over on the side, out of the bike lane, and began to walk up the hill.

As I walked, a man on skates rode by and looked back at me over his shoulder. Instantly I wondered, am I not supposed to walk in this lane? I looked back to see other people walking and running and assured myself that this was indeed the right lane to walk in. I searched for my friend who was pretty far behind me. When she caught up to me, I was finally up that hill. The excitement raced through my body. Riding downhill was always a favorite.

As I rode fast downhill, I felt free and light as a bird. I ended up riding past the guy on the skates and he stared at me again. My friend and I were leaving when he approached us. He started with some charming small talk that turned into asking me out on a date. I told him that wouldn’t be a great idea.

I’m pretty self-conscious and I really wanted to leave, but the guy was so persistent and I felt flattered. I know that I am what most people consider “pretty,” but most of the time I feel quite unattractive. This all caught me off guard and I was pretty high-on-life from the bike ride so I ended up giving him my number. Normally, I’ll give the wrong phone number because dating is difficult. Even for women who don’t have HIV.

That night when I got home, I had a few text messages from skates guy. He was very adamant about going out for dinner so I decided to live a little and agreed. We had a very nice dinner followed by a night of dancing, but I decided that I wouldn’t see him anymore.

After a few weeks of excuses as to why I couldn’t have dinner with him, I decided to send him a documentary PSA that I helped produce that explains how women with HIV can still have healthy and HIV-negative babies. I was featured in the PSA and told a bit of my story so I thought this would be a perfect way to disclose. Hell, maybe he would be like my BFF from 5th grade and say, “Who cares, let’s go out some more!” He never responded.

I wouldn’t exactly call that a “negative” reaction (pun intended). He didn’t make me feel less of a person — he just didn’t have the tools to respond. It’s very understandable. It doesn’t make him a bad person because he wouldn’t date someone with HIV.

I want people to realize that HIV has now become a manageable condition. Yes, I have to take a pill once a day to live a healthy life — just as diabetics have to monitor their blood sugar. I will live as long as the average HIV-negative person. In many respects it is no different from any other long-term chronic illness.

Yes, I struggle because I am HIV+, but we all have struggles. We’re subject to patterns, but it is our choice not to remain stuck in them. And behind our frail humanity is the ability to create art and communicate with words. And because of technology, we don’t have to say things that are so difficult to say face to face. I can send someone a PSA on YouTube that I’ve made to disclose without verbally saying it. This is a very beautiful thing and I am grateful.

At nine I found out I was HIV-positive. At 25, I found out that I am an activist, filmmaker and a teacher.

But the stigma surrounding HIV is debilitating. It holds back the HIV-positive community from disclosing their status. It causes fear in those who need to get tested but are too afraid. This is heartbreaking. As someone who has been HIV+ my entire life, I wasn’t given a choice to practice safe sex or get tested for HIV. I’m just another human trying to figure out the meaning of life. I just happen to be HIV positive. I’m still here. I’m still myself. HIV is a part of who I am, but it does not define me.

The Young Adult Program is in danger of losing funding please click here to donate!

Summer Jackson is a member of the Young Adult Program of the Mount Sinai Institute for Advance Medicine. Please ...