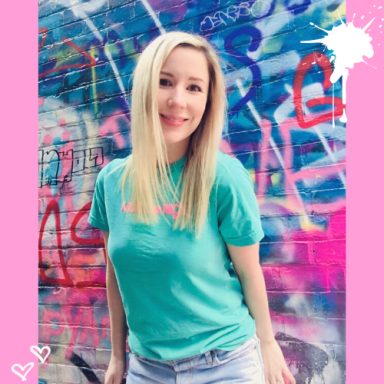 Friends is one of those shows that will never go out of style. It’s just a group of friends, hanging out going about their daily lives on the surface, but so much more underneath. What made the sitcom so universally popular, generation after generation?

Growing up, I watched reruns with my mom on Sunday nights. I loved it then and still do today. We spent 10 seasons with them and when it ended, it was like I lost a best friend. Thankfully since its release on Netflix, I’m able to hang out with Rachel and the gang all over again. It’s helped me to understand why everyone loves them so much.

That’s what makes it so popular. It’s funny, quirky, and so very relatable. We laughed and cried with them, and felt like part of their group. I know we all felt something when Rachel got off that plane for Ross, am I right? And, we’ve all got that friend with a little bit of Monica in them, or a little Joey… Or at least I hope you do!

Even though we still connect with the show, it would be totally different if it aired today.

For starters, they would all be living in their parent’s basements because apartments in Central New York today are expensive AF. Ross and Rachel’s relationship status during their ‘break’ would have never been questioned. They would be ‘In a complicated relationship’ according to Facebook. Wait, is that considered a break or no? Guess, it’s still a little dicey.

Speaking of Ross, he would be on marriage number four thanks to online dating. But at least he married a Russian bride this time around so if he accidentally says the wrong name at the alter she wouldn’t have a clue. Doesn’t matter anyway, because the marriage would be over as soon as she gets her green card. Ross would be left broken-hearted but just as entertaining, blogging about his relationship problems… and dinosaurs.

Rachel would be an Insta-famous influencer for boss brands like Louis Vuitton and Gucci. She would be more famous for her brows, than her hair though cuz #browsonfleek.

I’d follow Monica on Pinterest for her recipes and good hosting tips. She wouldn’t be able to hide from her fat past, but I’m sure she’d use it to create an award-winning weight-loss program for fat kids.

Chandler would use socially awkward sarcasm to tweet hilarious one-liners. #couldhebeanyfunnier? Still left wondering exactly what he does for a living.

Joey would never leave his apartment thanks to apps like UberEats and Tinder. And, we’d all subscribe to his Youtube channel to see the damn duck does next.

Smellycat would go viral, but Phoebe would be too busy with her online chakra shop to even notice.

Lastly, Gunther would be cyberstalking Rachel.

So even in #Friends2019, they’re crazy, silly, quirky and drinking coffee at the Central Perk. They continue to show us that with the right friends, anything is possible.

What No One Tells You About Closure