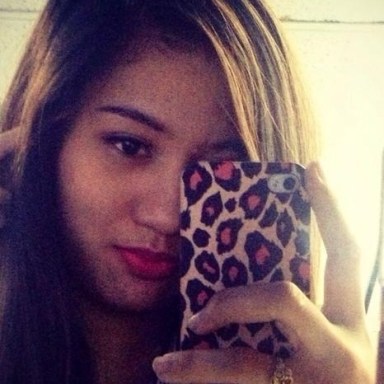 Do you remember the first time we met?

It was one hot summer afternoon. You and your friends were sitting comfortably inside the waiting area where we would be given the papers we need for the upcoming school year. I came in just exactly when the attendant started entertaining enrollees. I got to her table first and you were so pissed. It turned out, you had been waiting there for more than a couple of hours and you couldn’t accept the fact that I would break the invisible line when I was there for barely a minute. I tried to explain but shut my mouth when I realized you wouldn’t hear me out. I rolled my eyes, continued with the paperwork quickly, took my stuff and left. You were still pissed, saying a lot of things even after I left. That was when I promised myself I would never ever let someone like you – too handsome for my taste kind of guy who was obviously too full of himself – in my life.

Do you remember the first time we talked?

It was the 3rd day of classes. I can still remember the look on your face when you saw me approaching the lobby. You stood up, closed the gap and said, “I’m sorry.” I felt the sincerity and it was the start of a lot of things. I continued walking, and you kept up. You explained how your best friend, who happened to be my schoolmate, was sick and that made you react the way you did. You weren’t a student there. You were already in college but that didn’t get in the way. We kept walking and talking until I realized I was already breaking my promise. So, I stopped and we said goodbyes. But I knew it wasn’t going to end there.

Do you remember the first time we dated?

It was not long after we first talked. 15 days after, to be exact – 15 days of constant communication because it was impossible to stop no matter how we tried. The 16th day was the day. There were a lot of tulips (how you found out it is my favorite – I don’t know until now), scented stationary filled with your messy handwriting, and classmates telling me weird “sweet” stuff. When I heard your voice in the PA system, I knew it was you. You were behind everything.

Saying I was surprised is an understatement. I can still remember how sumptuous the dinner you made us was, your face when you invited me out in the garden because you laid a blanket there so we could watch the stars while talking about everything, your hands shaking before you were able to position them on your saxophone and play Eric Benet’s The Last Time.

What I can’t forget is the feeling I had when you asked me if I could be your girlfriend. I was speechless. My heart felt like it was coming out of my chest. I could hear it beat. I knew you were feeling the same, too.

Do you remember the first time we said I love you?

It was after your basketball game. You were all so sweaty and happy. You enveloped me in a big bear hug, twirled, and told me that all 36 points were for me. You whispered you love me. A soft music that was spoken to my ears but played so loud in my head and my chest. We were in love and fell harder every day for six years.

I can still remember how every day felt like a first for us. You proved how untrue that guys change after the girl says yes. Even after our first year, we celebrated our every month anniversary. Surprises were never repeated. Songs were composed and sang. Letters were written and exchanged. Promises were kept. Our future together was planned. There was so much love.

But I guess it couldn’t be just all happy.

Do you remember the first time we fought?

As much as I don’t want to, I can’t help it. It was a painful one. You were out of the country and I was home. Who knew twisted stories and distance could do terrible things even to two people who were so in love? We said things we didn’t mean. We made accusations we both knew neither of us could do. Tears were shed. Hearts were broken.

But love won. We made up and promised not to let other people and stupid things get the best of and between us. For a while, it worked. Until you start bringing it up every chance you get and we grew tired.

Do you still remember us?

I hope you do. Cause I do. Until now – two years after “forever” ended for us. I remember all of them and I want to cling to them – to the six years of my life that I spent with you and the two years I spent reliving all the memories, hoping that the things ending was just a dream. But as much as I want to, I can only allow myself to do that until the end of this story. This is the last time I’m letting myself think about you…about us. Anyway, heaven melted and hell cooled down for you already.

And it’s now time for me to be happy. Again.