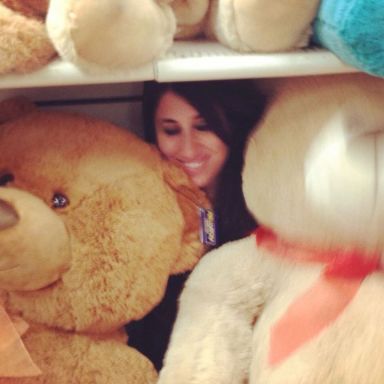 If you are single and in your 30s, you’ve inevitably gone on a decent amount of dates. So many dates. Copious amounts of dates. No, seriously, how did you find the time to do anything else?

Some were good. Some were bad. Most were awkward.

One thing I have realized after becoming a seasoned pro (and I use that term loosely) is that you will begin to notice a pattern.

On most dates, after the initial “What do you do’s” and “Where are you from’s,” you will know you aren’t interested. Often you realize it five minutes after you show up. Sometimes it’s not until they mention their ex-girlfriend no less than a dozen times that it hits you. However, if you’re really lucky and the waste-my-time stars align, it can even happen as fast as you’re shaking their hand, thinking, “There is no way I will ever let your penis in or around my vagina.“

You have committed to a full meal or spending the better portion of your evening with this person while you’re more sexually attracted to a pineapple because at least that shit came from somewhere interesting and not Naperville.

One of two things usually happens next: Either you try to make the best of a bad situation and engage in meaningless conversation all the while pushing food around on your plate as you count down the minutes until you “have to wake up early for work tomorrow” or you accidently get hammered.

Let’s be real, option B happens more than you’d like to admit.

As you are passing the time through free cocktails, you will become a little loose. Perhaps you judged this person too quickly. They are kind of funny. Maybe even cute, too? He does kind of look like he may be related to Bradley Cooper.

Spoiler alert: He does not in fact even look like a distant cousin twice removed.

It’s been several hours and multiple cocktails so you are now drunk and finding this person to be far more charming than they actually are, and before you know it, you’re making out in a dim lit booth at a bar you can now never show your face in again. RIP your favorite spot for fancy libations.

You wake up the next morning to a barrage of texts saying how much fun they had and how much they would like to see you again, meanwhile all you’d like to do is wash your mouth out (OR WORSE, depending how loose you actually got) with bleach.

You’ve done it again. Will you ever learn? Did that trip to Cabo sophomore year turn you off of tequila forever? Of course not!

But wait! Here comes the choose your own adventure part of this sad tale. Do you A: Ghost them and hope you never run into them again (which you will, on every dating app for eternity), B: Explain that you consumed enough alcohol to make him or any living human being attractive, or C: Take my advice and go for the “one and done” approach in the future.

After too many of option A and a lot of painful B conversations, I implemented a system that seems to be foolproof so far. Before the date, I explain to the gentleman or fuck boy (TBD) that I have a rule where we can meet up for one cocktail and one cocktail only. It doesn’t matter if we are having the greatest night of our lives, we finish our glass and bid each other farewell.

You must be asking: If you’re having a great time, why would you end the date early? It’s simple. How many times have you felt like you two were having a great time only to never hear from him again? I know this topic has confused the masses of my girlfriends. I attribute it to not wanting to hurt the other person’s feelings, so you make the most of a boring situation. Everything is more fun with alcohol, after all.

With the one and done approach, there is literally no pressure. You get to down your beverage and head on your merry way. Don’t like each other? No harm, no foul. You two hit it off? Great! Go ahead and schedule that full blown meal you will actually want to eat, and if you never hear from them again, at least you only wasted a half an hour and not a full evening.

Think of all the time you’ll save. Sign up for that yoga class you’ve been putting off. Go smell another dozen candles at Target. Book that vacation you’ve been meaning to take. Who knows? Maybe you’ll even meet your soulmate while you’re on it—just make sure you only have one drink so you end up with “the one” and not the one with the pitcher of margaritas.

Keep up with Stephanie on ooohstephanie.blogspot.com