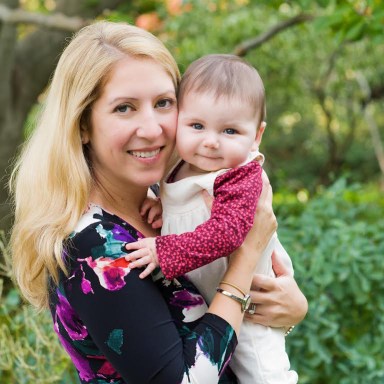 1. Take a step back. Maybe you’re panicked because after some very intimate and fun filled days and nights together, he’s gone radio silent. You run through every single one of your exchanges: Did I reveal too much? Did I accidentally insult him? Did I do something to scare him? Stop agonizing over every possible witty text you can send to generate a response, and checking your phone every other second. Chances are, if you both had fun, you’ll hear from him again. Eventually. If not, is he really worth chasing?

2. Turn your anxiety into productivity. Throw yourself into studying or work, get to the gym, make plans with friends and start watching that show you’ve been meaning to see. A watched phone doesn’t text. Don’t they always contact you when you’ve finally forgotten about them for half a second?

3. Don’t cancel that second date with What’s His Face. Until he indicates that he’s ready to commit, don’t shove anyone else to the back burner, no matter how smitten you think you are. Keep in touch with everyone you’re dating until one prospect surfaces as the most worthy of a special place in your life.

4. Don’t pout, or act needy. There are a thousand reasons why someone can act hot and cold. There’s no sense in getting caught up in all the various possibilities. Continue doing whatever you’re doing and you’ll eventually figure things out. Don’t sit around stirring up angry thoughts only to unleash them on him when he finally resurfaces. The disappearing act may have nothing to do with you at all and then you’re just the insecure, crazy girl.

6. Send yourself flowers. Because they’re pretty and smell good. Also because you deserve them. You’re not trying to make anyone jealous when they show up while your guy is around with a card that says, “Please think about it.” If jealousy or curiosity happens to be a side dish of those flowers and raises questions from a person giving you mixed signals, then great.

7. When he asks you out, tell him you’re busy and be vague about it. You are busy. Every human being is busy. You also have time for the people you value. So does he. Let him wonder what you’re up to and whom you’re spending free time with. If he doesn’t care, you shouldn’t bother worrying about whatever he’s up to.

8. Consider having “the talk,” but only if you’re really starting to lose it and you’ve squandered more than 30 minutes a day analyzing his behavior. It doesn’t have to be a big, dramatic lecture. Just ask him what’s up, and convey that you’re at a point where you need to know if you’re in a relationship or not and that you want to understand what he’s thinking. Be direct so he can’t give you a non-answer like, “Come on, you know I like you.” Are you exclusive or not? Can you sleep with other people or not? If you don’t have clear answers to these questions, you’re not in an exclusive relationship.

9. Refuse to stand for his behavior. Run far far away from the guy who can’t commit, who vacillates between pushing forward and pulling away. Who want to hold you one day, but ditch you the next. He’ll only leave you disappointed, confused and heartbroken. If you can’t get clarity within a reasonable timeframe, move on. You will find someone better. Someone who doesn’t make you wonder what he’s thinking or whether or not you’ll hear from him again. You might think you’re strong enough to tolerate Mr. Mixed Signals’s antics in the long haul, but it’s just not worth it. He’s not worth it.

10. Do some homework on his history, but be smart about it. Talk to his friends and see what you can learn. Is he a stand up guy? Has he mentioned you to them? Does he have intimacy problems or a past relationship that’s left him guarded? Give him the benefit of the doubt, but don’t be afraid to research. Just don’t hack his email account and reading his texts when he leaves his cell phone out.

11. Buy the book He’s Just Not That Into You. You’ll understand that when a guy actually likes you, there’s no stopping him from trying to be with you. Nine times out of 10, he’ll make it very clear that he’s interested. When you’re done with that, read, Knot the One (by yours truly), in which I reveal everything I learned from chasing the wrong boys for too long and from getting dumped right before my wedding. Find someone you trust to treat you right from the start.

12. Stalk him day and night. Check his Instagram, Facebook, Snapchat and Twitter accounts repeatedly throughout the day and night. Turn up immediately where he “checks in” online. Follow him home from work. Go to happy hour near his home in the off chance he stops by. Use these gestures to memorize his schedule and to see what he’s up to. While you’re at it, take up running so you can run from the police when he enforces a restraining order placed against you.

13. Remind yourself of your personal worth. Understand that you are a person worthy of love. The right person will not make you question yourself or where you stand with him. There could be some growing pains in the beginning of any relationship, but when someone is genuinely interested in you, they’ll find a way to communicate that without a doubt. All the dating related worrying, analysis and questioning will seem silly once you’re pursued by the man who deserves to love you. Do not settle for someone who makes you question yourself.

Stacey Becker is a 30-something writer who lives with her very tall, Star Wars-loving husband in New York City along ...