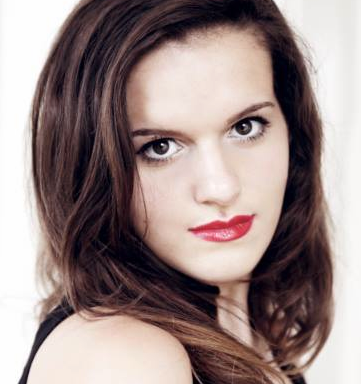 A highly sensitive person is someone with a more ­developed­ than ­average nervous system. ­ Basically someone who over­feels everything. ­ They are extremely intuitive, and at times come of as being a little judgemental. Even if they had no intentions of judging anyone.

They are sensitive to loud people, irritated by smells and even rough fabrics. They are highly in tune with other peoples emotions, as well as their own, and are aware if one isn’t happy. Even if person is sitting far away from them at the dinner table. Because sensitive people are so in tune, life can be pretty exhausting for them. Thus causing them to withdraw at times, and for non-­sensitives to misunderstand.

The Highly Sensitive Person of (HSP) is not always shy or introverted. Shy people may be sensitive, but are more afraid of being rejected. Introverts get tired just from too much time with people. Sensitives get tired from too much of everything at once. Some many sensitives are also introverted, but there are a good handful of extroverts who are sensitive as well.

Often times, sensitives have to make life adjustments to live healthfully. They might need several hours a day to themselves, a quieter living environment, or even to take several weeks off from work.

While that’s completely necessary for sensitives to make adjustments, it’s important for non­sensitives to accomodate.

Here are a few ways.

1. Speak softly when standing close to them. Too much noise is really painful for them. While they may have energy for certain loud activities, they can’t always keep up when those around them are loud. Just remember to use your indoor voice!

2. Sensitives aren’t chronic complainers! The world is really overwhelming. Don’t label them or try to tell them that we’re being a pain in the royal a**. They are irritated by things easily, and are pretty honest about it.

3. Sensitives love really intense art. Don’t be shocked if they enjoy painting nude people for hours. It’s a way of healing, not a way of being provocative. Art is spiritual, entertaining, and calming for them. Try to accept it, rather than telling them that their weekly change in hair color is unusual. It’s a way of being, that deserves no stop.

4. Being tipsy may ring a bell of joy for sensitives, but being drunk really sucks. Non­-sensitives may find the drunk feeling to be pleasurable, but for sensitives it’s more like a headache. So when they are out don’t pressure them to chug! If you are planning on staying out later than them, make sure that your sensitive friend has someone to go home with after the first couple of drinks.

5. Sensitives love invitations to get food, catch up with drinks, go shopping, and pretty much everything. But not gym invitations! Trying to have a conversation while sweating and breathing hard is too much! Exercise can be really helpful for sensitives, but only if it’s a solitary activity. Maybe the underdog you played soccer with was an HSP? The demands of keeping up with a team, may have been too strenuous. Especially if they knew that their teammates were constantly watching them.

6. Don’t worry if they are zoning out in crowds, or if they suddenly become really quiet. Sensitive people have a lot to process in crazy places, and will resort to whatever will relax them at moments notice. No they aren’t trying to be boring, no they aren’t bored,nor are they upset. They just need a moment of peace. Just let them be quiet!

7. Yes, they stare into space. No, they aren’t trying to be rude! With so much going on this moment of concentration, thinking, and stillness can help them recuperate for a few. Just let them do so for a couple minutes, and they will resume to reality. It’s important not to push them around, because that overwhelms them.

8. Take criticism from them as a compliment. Highly sensitive people are born with a really acute awarenesses to detail. So they will be very likely to point out something that needs to be improved. Listening to their advice will most likely produce the best outcome when cooking a nice meal, or when shooting a still ­life image.

9. It’s normal for them to disappear for a few days. Sensitives need time to enjoy their own inner lives. They might be really fun to hang out with, and may host a really fun party here and there. Afterwards, they’ll resort to a few days with very little human interaction. It’s fine if they do, and it’s necessary. If they say no to a really fun plan, it just may be that they are enjoying one of their quiet days.

10. Be honest about how you are feeling. Don’t tell them that you are ‘good’ if you actually feel otherwise. They will be much happier if you just told them that you are angry about family issues. If you try to cover up in front of a sensitive person they’ll sense that you aren’t being truthful. Which will cause them to be very overwhelmed and distracted during your lunch date with them. Simply because they will spend each second of the hour trying to figure out what’s wrong.

11. Resist thorny political arguments. The issues facing the world, are likely to be a major concern and worry for sensitives. If your friend is an HSP, then ask them first what their political stances are, and learn if the two of you agree. If you do then its okay to talk about politics. But if not, do not try to convince your pro­life sensitive that abortions are okay. That will leave them feeling offended, and they might get cooked up thereafter.

12. On that note, don’t argue about religion either! Most sensitive people believe that they have the correct answers to, “how, and why am I here?” If they do believe in God, they will be very committed to following God’s plan for them. If they are an Atheist, they will be very passionate about being “Godless.” It’s okay, let them be who they are, and believe what they believe. Having to think about something they don’t believe in can be a very painful thought for a sensitive to have.

13. They are very good at listening. So you should do the same. When they have something to say, just sit and listen. Don’t try to offer immediate advice, don’t interrupt, and don’t act like you’ve got somewhere to be. Everyone wants to be a good friend, and they’ll know that you aren’t by not listening.

14. They need to be the one to plan their own day. Some will be more rigid about today’s plan, and other HSP’s will just ‘play by ear.’ Do not try to tell them they need to do more everyday, or that they need to slow down their lives and relax.

15. Sensitive people are very observant, and are not judgmental in the slightest. Let them make observations. This is how they make sense of the world around them. Sometimes it’s easier for them to let go of what others think of them, and to think of those around them. They may love to read articles about certain groups of people online, and it’s necessary for them. They need answers to their curiosity. Especially since they are so in tune with other peoples emotions.

16. They aren’t always your drinking buddy. So it’s best to find art shows, movies, casual restaurants, coffee shops, or at ­home activities to do with them. Your HSP will love to sit and sip tea, and have a long conversation. Just make sure you choose a topic that is of interest to them.

17. Don’t blare music they don’t like. If your sensitive friend hates country music… they hate country music. Instead plan on playing some Blink 182 if the two of you both enjoy that kind of music. They will learn to like country on their own time, not your time.

18. If you live with them try to clean up after your messes. Messy environments are irritating for even non­sensitive people. So imagine how much they drive the Highly Sensitive Person insane.

19. If you work with them, don’t try to chat with them while they are really focused on a project. These people focus best when they are in tune with their own thoughts. Instead give a warning that you would like to discuss the project with them at some point in the day.

20. Understand if they take something personally, and learn from what you said or did. Telling them not to take things personally will affect them even more. They are very emotionally aware.

21. Let them take time off once in a while if you manage them. They need to recharge more often than your average person does.

Sophia has a very unhealthy obsession with pugs. Her favorite thing to do is people's makeup, and getting them to ...