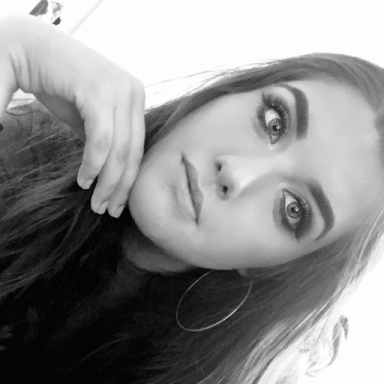 You may not be a DC fan; I can most definitely say that I do not define myself as a comic book fanatic or buy my tickets the second a Batman movie hits theaters. Although, what I can say is that this movie was not made for the heart of DC lovers; I can say this movie moved curiosity within my mind and left dark twisted anticipation within my heart. Joker was everything and nothing that I expected it to be, I walked away from the theater dazed and confused, taken from reality to contemplate the difficult questions of the world; to feel sympathy or to extinguish a growing hatred and anger for the character that manifested into The Joker, Arthur Fleck.

After watching the film I must say my mind was on overdrive and it was impossible to articulate how I felt, but one thing I did know was Joker would be one of the best films to come of 2019, arguably the best Joker film there will ever be. Here are the top 3 reasons why.

The Movements of a Man

I must admit that I hardly knew the name of Joaquin Phoenix before the announcement of The Joker film. After the film, I promise you I will never forget it. Joaquin Phoenix is the name that should be announced at the stage of Oscar award winners; I believe Phoenix deserves infinite praise for his performance in the movie based on his movements alone.

The movements of the actor left an unsettling feeling that resonated within me, the way he danced and galloped across the screen left the audience with a gateway into his mind, suddenly then we could realize how unstable Arthur Fleck actually was. The way he composed himself, the way his arms would sway dangled above his head with his ribcage in focus, his malnourishment became remarkably clear. It was as if his stream of consciousness flowed out from within the screen, like all of his ambitions and thoughts were illustrated and clear, but once he became idle and still it was as if our minds became fogged, locked in a haze and his further actions to come were just as a mystery to us that they were to himself.

By the end, most of us came to the conclusion that we hadn’t really learned anything about the man manifesting into The Joker at all.

As strange as it sounds I feel like The Joker’s laugh still haunts me in my dreams. It was incredibly petrifying and unnerving, his laugh left goosebumps developing all over my body, his laugh made me apprehensive to the volatile violent scenes I knew that would follow. It was to prime us, any movie director knows this tactic very well. The music in Jaws would be a perfect example, I find its effects parallel to those of Arthur’s laugh. It primes you for the murders to come; it sets off the amygdala in your brain to go haywire, the sound induces more fear in the mind than actually watching the scene itself.

Although The Joker’s laugh was much more than this. It was more than a condition and it was more than a sporadic response due to his mental illness. His laugh represented his feeling and his pain; it represented his abandonment and his cry for awareness. It made us want to save the disturbed man on the screen from his future discourse, but his high pitched malicious laugh also indicted this man had crossed the point of no return.

The controversy regarding Joker has been a hot button topic even before the movie made its way onto the big screen and for a myriad of reasons. For some, the origin story of The Joker bothers them; some believe that The Joker shouldn’t have an origin story because it takes away from the truly twisted portrayal of the murdering sociopath that we all know him to be. But for others this was never the center of controversy at all; it was the nature of the origin story of a villain induced with mental illness.

I can understand how this could appear worrisome to viewers, that a film of such a high stature could be condoning violence or using mental illness to justify one’s’ actions, although I believe that the movie did no such thing. The movie was art, the definition of a masterpiece.

I admit I went into the theater was sympathies of a man held to the chains of mental illness. His conditions of abandonment troubled me and at the moment I believed that his destination, whatever it may be, would not be his fault entirely. I find it captivating how 2 hours and 2 minutes of a film could leave me vindicated from the ideology I once procured when I walked in to watch it. I left the theater with a very little ounce of sympathy for Arthur but entirely pervaded with the scenes of the spree murders, I became engrossed in anger that manifested within him, an innocent man that chose violence as his weapon of destruction. But it is not the nature of the controversy that makes the film the best of 2019, I find it is the controversy itself; how a film moves beyond face value and develops a path to plant itself with the heart of society.

The Joker was everything and nothing that I expected it to be and I will leave it to you to be the judge of where you stand among the controversy. But between the deranged dancing and the cynical laughter, I believe the personality of The Joker portrayed by Joaquin Phoenix has been beautifully enhanced beyond the bounds of comic book pages.

The Joker will be the best film 2019 has to offer and will remain a legacy of achievement among past and future portrayals of the man behind the mask.