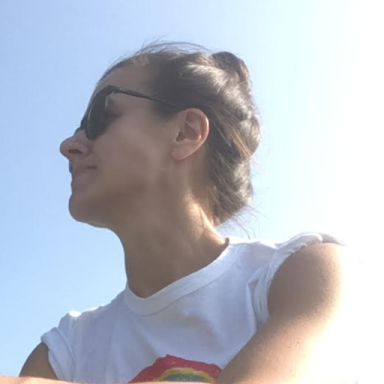 As a child of the 1980s growing up in the UK, I remember the alluring television advertisement that featured ‘The Flake Girl’ and the tagline “Only the crumbliest, flakiest chocolate tastes like chocolate never tasted before.” Unwrapping the mouth-watering chocolate, the Flake Girl succumbed to temptation and enjoyed a moment of pure pleasure. True to the tagline, the creamy chocolate does indeed taste so good, while also feeling just a little bit naughty. Fast forward to the 2020s and a new kind of flake appears to be in abundance. It comes without a marketing tagline, yet still delivers the same blend of something good and bad all in one hit. You will not find this latest incarnation on supermarket shelves, amongst the chocolate and sweets. Nor does it come with a calorie count that you choose to overlook because the creamy goodness is worth it.

Instead, I speak of the crumbliest, flakiest guy – a phenomenon now all too commonplace thanks to smartphones, online dating apps, and social media. A casual text or sliding into someone’s DMs has become a normative form of communication, and this low investment approach has hastened a culture in which social arrangements, people, and relationships are disposable. In the pre-smartphone era, it took courage, effort, and vulnerability to strike up a conversation with that guy or girl who caught your attention. Now all it requires is a quick search on social media and a few seconds to type a light and breezy message, then hit send and test the water. For the guy with a flaky tendency, it is very easy to connect and seemingly pursue a girl from the hidden safety of texts.

This guy has an air of intrigue. That smile. That sparkle in his eyes. Charismatic, understated, worldly. He is hot. Maybe you meet through mutual friends, attend the same class, or both swipe right on a dating app. However it happens, right from the very first text, he is not shy in expressing a keen interest in getting to know you. Flirtatious compliments abound. He is articulate, witty, and seemingly genuine. Over the coming days and weeks, the text conservation grows, and this truly feels like an exciting opportunity. A perfect example of something happening when you least expect or seek it. The banter and rapport builds. Surely an invitation to meet for coffee or to have dinner is next on the agenda. The text conversation is fun and there is a rush that comes from the ping of each message, but you do not want to become stuck in the texting trap.

At last you make plans to meet. A simple coffee date. Low key, nothing extravagant – perfect. The day arrives and soon excitement gives way to disappointment as he texts to cancel. “Sorry, I’ve got to work,” or “Sorry, my friend is going through a tough time and needs me right now.” This is the calibre of excuse ordinarily given by flaky guys. Yes, his reason may be completely true, but the chances are your brain immediately goes into overdrive, pondering whether or not this is an early red flag. Is he really interested? Will he reschedule? Am I overreacting? Do I just need to chill? I like him and he has been saying all the right things to suggest the feeling is reciprocal, so stop freaking out and give him another chance to make good. This typifies the internal dialogue that usually ruminates in one’s head when dealing with flaky guy syndrome.

You want to be the cool, understanding girl who is totally okay with this. After all, while him cancelling may seem like the end of the world right at that very moment, in reality, it really is not. With a mix of curiosity, good faith, and optimism you reply, saying something like: “No worries. I hope work goes okay. I have plans for tomorrow so let’s catch up in a few days.” You reassure yourself there is no need to stress. Of course he will reschedule. However, this guy’s approach is anything but predictable.

Days go by, then a couple of weeks and you do not hear anything from him. In the quiet interlude, you begin to question yourself. Did I do anything wrong or not? Should I text him? If I do, will I appear weak or will I seem like a crazy desperate person? Is he just a chill guy, taking things in his stride? Am I overthinking it? The internal narrative is relentless, especially for the girl who is naturally anxious and insecure and who struggles to maintain healthy boundaries. Finally, you hear the magical sound of an unexpected text and a rush of excitement replaces anger and anxiety.

His charming words offer reassurance that he is interested and is not playing games. All is forgotten and a second chance is granted. “Red flags, red flags. Giving him a second chance is a naive mistake,” I hear the objective observer cry. The red flags must seem obvious to many, but if you are someone who engages others from a place of authenticity, genuineness, and transparency, there is an innate assumption made (whether rightly or wrongly) that other people will treat you in the same way. It is alien to conceive that someone would consciously choose to connect with no other purpose than to gain attention and to mislead. Plus, it is not completely naive and unreasonable to want to try again when things do not go as planned the first time round.

This guy is like kryptonite, your Achilles heel. His inconsistency and mixed messages are lighter fuel to the ego. Your inner critic rages like an out of control fire, burning up your self-esteem. His cycle of flaky behavior is baffling. The egoic self, that worrier and dweller in your head that thrives on fear, lack, and scarcity, prompts you to start justifying his behavior. The voice of your true self is subdued by the incessant chatter of the much stronger inner critic, and you suppress what you know deep down. This guy’s behavior is disrespectful and shady, and it will not change, so you have to step up and break the cycle.

When it comes to relationships and love, actions really do speak louder than words. When someone’s intentions are true and they are genuinely interested in you, they want to spend time with you and are willing to invest. This is the opposite of the flaky guy who happily talks the talk, but whose empty words fail, time and time again, to manifest into anything tangible. Either he is cowardly and selfish or possibly unhealed still from past experiences and so not ready or able to fully connect. He will leave you feeling emotionally insecure, uncertain of his true intent and continually second guessing yourself. There is no fun in being that girl who constantly oscillates between a rush of excitement and anxiety-ridden confusion in response to his self-serving, sporadic behavior. In the absence of firm boundaries, you give away your power and allow him to call the shots without any consequences.

As tough as it is, you must awaken to the realization that acceptance of flakiness serves only to enable the behavior and to perpetuate the cycle. It is time to take back your power, to speak your truth and tell this guy that enough is enough. Empower yourself to say, “I am no longer willing to tolerate a lack of consideration nor to accept less than my worth, regardless of how much connection or potential I feel.” This moment is not about him and very much about you. Take the opportunity to release the frustration that has grown within and to feel empowered and liberated by stepping in to your power and honoring how you truly felt.

Every time we tolerate disrespect and hold our tongue, we fail to honor our boundaries and self-worth. Ironically, this quiet acquiescence speaks loudly to the point that we do not feel deserving of another’s respect because we do not value our own worth. It is easy to berate oneself and to feel foolish for ignoring the warning signs and hanging in there longer than you should. Yes, there are lessons to be learned so as not to repeat the pattern again in the future, but do not burden yourself with retribution while absolving him of any responsibility. The experience of flaky guy syndrome says so much about him. Who knows if he is stringing you along for attention and validation or is partly interested but holds back because of unresolved internal issues or because he is just plainly and simply a shitty person. Whatever the reason, you cannot be accountable for how someone else chooses to show up. You are only accountable for choosing whether or not you will accept this kind of behavior.

Sadly, we are living in a world where flaky behavior is increasingly abundant, whether that be in friendships or romantic relationships. Smartphones make it too easy for people to hide their authentic self, to cancel on someone without having to see their disappointment, and to avoid honest, face to face communication. Thanks to technology, we have never been more connected, yet at the same time so utterly disconnected and disposable to one another. Thus, we owe it to ourselves to raise the bar, to see our individual worth, and to seek more meaningful connections. Flakiness never bodes well for a healthy relationship, so ask yourself honestly: Why do I want to be with someone whose behavior would have me in a perpetual state of emotional insecurity? Know instead, with absolute conviction, that you are a high value woman with high standards and you always deserve more than crumbs. Let go of potential and make space for a meaningful connection with a guy who feeds your heart and spirit and who never gives you reason to question his true intentions or makes you doubt your own worth.