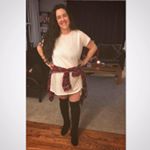 It’s always interesting to see how people react when I tell them I’m a substance-abuse counselor in a prison. People’s ears tend to perk up. After the “wow”s and “so cool”s and “I didn’t expect you to say that”s, the follow-up questions come. People have lots of questions about my line of work, but the one that always gets asked without fail is:

Hidden in those words is the real, underlying sentiment:

“Those people scare me.”

So is it scary?

Yes and no. No, “they” are not scary. For the most part, the inmates are incredibly respectful and polite. Particularly the guys I work with, because to be in the program (which offers incentives such as “goodtime,” AKA time off of your sentence) you must meet certain expectations. They greet me with hellos and how-are-yous, they hold open doors, give me space when I walk through the facility, apologize if they swear in my presence, and do their best to be attentive during class. Every once in a while someone in the yard catcalls you or gives you a compliment (they’re not allowed to compliment us at all or ask anything personal, even down to what my favorite color is), but when you call them out on it, they stop. All this is to say they are human beings. Furthermore, they are human beings under strict supervision and regulations, and subsequently are probably even MORE respectful and appropriate than your typical congregation of men. Sometimes people like to remind me that I’m surrounded by “rapists and killers and felons!” and while it is entirely true that there are men in there who are rapists, who have committed murder and felonies, the fact of the matter is that on the “outside,” in my day to day life, I am constantly surrounded by the threat of violence and sexual advances, but without constant surveillance and security personnel.

I don’t mean to trivialize the safety issue—obviously there is a reason I have to pass through a bunch of locked doors to get to my office. Safety is always a factor when working with a high-risk population. Sure. I can build rapport with inmates, but I should never get comfortable. These men are facing extreme internal and external pressures, have succumbed to them in the past, and very well may do so again. I have one guy on my caseload in particular who I honestly was a bit nervous to meet with one-on-one for the first time. He came to me with an ugly attempted-murder charge, a history of violence toward women, and multiple warnings from other staff members. I was a little bit on edge when I walked into our first one-on-one counseling session.

And yet 10 minutes into our meeting, I began to see his character separate into two entities: the human desperately seeking joy and love and the human who had administered everything but that to his victim. He was not too far gone, not some sociopath or inherently evil man—there was still goodness left in him; it just was retreating and in the shade. He needed to get back in touch with it, to give it water and light, to grow the good. And yet he was consumed by so much darkness that doing so would be a monumentally challenging task.

It was in my individual counseling sessions with men like the one just mentioned that I began to notice a pattern, one universally shared trait that almost each and every one of these men had, the common factor that seemed to have acted as catalyst to their criminal behaviors. What is that secret, delinquent trait, you ask?

Want to know the scariest, most terrifying part of prison?

These people are not the sociopaths or psychos or bad seeds that we label them as. (Because it would be easier if they were, right? More justifiable to put them behind bars, lock them in cages like animals?) I have yet to encounter even one inmate who seems intentionally malicious or inherently evil. Instead, I have come face-to-face with hundreds of men steeped in decades of pain and trauma, men who have lived and breathed violence, abuse, neglect, and addiction since before they were conscious that these things were bad or wrong or not normal parts of growing up.

We are warehousing mental illness, criminalizing trauma, and punishing poverty.

Prison isn’t full of criminals; it’s full of individuals suffering from PTSD. Children born addicted themselves, holding their father down while they convulse in withdrawal. Children watching their mother bloodied and bruised in front of their eyes. Children neglected, left for days without authority or safety, without food or a place to sleep. Children touched in violence and in molestation. Children carrying guns because they have felt bullets whiz by their heads, watched their friends bleed out on the pavement, seen the dark brownish stain that blood leaves.

To survive, they make their own rules, put themselves first, and take advantage of any minuscule opportunity to feed or clothe or further themselves they may see. And so their “norm” is off-kilter of cookie-cutter societal standards. They are forced to find maladaptive ways to get by. Their crimes are often not willful or malicious, but in reality trauma-reactive and survival seeking.

If they do survive into adulthood, they have done so by breaking the rules. Because the rules weren’t made for them, anyway; the laws weren’t written with their protection and safety in mind. And so as adults, they continue to follow their own codes of survival and end up exposing new generations of children to the same danger and threats that malnourished and traumatized them. But many of them know no other way to survive.

And furthermore, it’s not just that they know no other way—it’s that they are given no other options. They are no masochists, they don’t create these self-destructive systems. We do.

We streamline people from birth toward imprisonment or death. We create these systems in which certain demographics are set up for failure, and then we punish them for doing exactly what we masterfully planned—failing. We strip schools of funding and resources, we limit access to healthcare, clean water, healthy food, we use the guise of public safety to target and harass, and then we spread poisonous propaganda that it is all their fault. We create legions of people who are forced to navigate this world in survival mode, and in doing so, they end up breaking laws. And then we throw them in prison and punish them not just with the time of their sentence, but with the quality of life during that sentence. Trust me, some of the living situations stimulate relapse into addictive behaviors and criminal thought, exacerbate mental health issues, and traumatize these men again. And finally, if they make it back into society, we stamp them with a stigma for the rest of their lives.

These factors do not justify or excuse crime. These men still need to be held accountable for their actions, for the way they have forever altered the lives around them. These factors do, however, provide insight and demand empathy. If we ask these men to hold themselves accountable, then we must hold ourselves accountable as well, accountable for the flawed and futile system that we have created, perpetuated, and enabled, and the way it has forever altered the lives touched by it.

These men are in desperate need of treatment, of attention, of support, of connection, of rehabilitation, of one human, two ears, that will actually listen to their story and provide them the resources, teach them the skills, to rebuild and move forward. And yet there is just not room for that in the system—social workers, health care professionals, counselors—are either overworked and underpaid, or not even provided enough funding for their jobs to exist. These men need intensive therapy, a licensed clinician who can see them for at least an hour a week. Instead they’re given me, a passionately invested yet inexperienced and unlicensed counselor who is available for two forty minute sessions a month, if that.

It is not that it’s impossible to prevail and succeed—remember, these men are resourceful and resilient beyond your wildest imagination, their souls unrelenting, hearts elastic, somehow always able to bounce back. But we are setting them up for failure and then chiding them, convincing them that it’s all their fault.

And that is the scariest, most criminal part of working in a prison.

Tribal hair. Sunny side up. I should have gotten braces when I was younger but never did. Freckles, ambition, loves ...