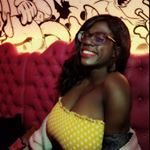 Too often I see women get played or stand by men who have no respect for them. It infuriates me because it’s often beautiful, capable and incredibly intelligent women who just stumble across the wrong guy and are already in too deep to not be blinded by love.

I shit you not, it has happened on 4 different occasions in my life that a guy I knew for certain was in a relationship reached out to me and I contacted his girlfriend with receipts only to have the girlfriend either not believe me,blame me or harass me. It isn’t about me sis, it’s about your relationship and I’m just providing you with additional information. Me taking my ever so precious time to do so speaks volumes about how much more respect I have for you than your boyfriend appears to. So, before calling me a homewrecker just know that I don’t want your situation.

After living,yet again, such an incident I decided to break down what you should do if you have a cheating bastard on your hands (or believe you might).

1. Trust your gut. If you feel like something isn’t right, it usually isn’t. If you feel like you have to go through his phone or social media, it’s your instincts telling you something doesn’t add up. Most of the time your instincts are right and all you have to do is pay attention to them. But even if for some reason they aren’t,you need to ask yourself: “Why am I with someone I do not trust?”. You know that when you’re secure in your relationship you aren’t scared of what your person may find out there because he isn’t yearning for anything more than what he already has; you.

2. Leave your pride out of it. Look, no one wants to wear a banner that says “I’ve been cheated on” but if you let pride stand in the way of truth you may very well wake up one day to find that your man has 3 baby mamas and you’re not even one of them. You’re not stupid for making a brief error of judgment and no one can hold it against you. Remember you’re not alone. Every failed relationship is a lesson towards the one you are meant to be in. But the right person cannot knock at your door if you’re too busy focusing on your disillusions and ignoring red flags to answer it. It sucks and it hurts and that betrayal feels like 5 tons of cement being poured on your chest. But isn’t knowing you’ll get back up and find someone who think you’re more than enough worth it?

3. Ask a friend. Sometimes you need that outside perspective. Find someone you trust and that usually tells you the truth (a guy friend would be ideal if you have one) and give them the cold hard facts. See what they say, sometimes all you need to hear is that you’re not crazy. But make sure you’re willing to listen no matter the outcome. Because a friend will back away or even enable you if they pick up on your hurt.

4. Look into what you’re told/shown. His friends, your friends, random girls on instagram all paint a picture. All you have to do is pay attention. Look at how his friends act around you, look at what he does when he gets a call or a text, look at who he follows and what he likes (there’s no harm in occasionally liking a booty pic here in there but are the girls locals? girl he knows? does he leave thirsty comments? has he followed any new ones since being with you? are they locals?). Nobody wants it to be their man but you shouldn’t ignore the signs if they are right in front of you. And for the love of god if a fellow woman contacts you to tell you your man is scum whether or not you believe her just look into it thank her and move on she is not responsible for your relationship you are. So you know whether to trust her or your man.

5. Remember it is your relationship and your life therefore your choice. At the end of the day, whether you stay or leave, inquire or not, trust or not. It remains YOUR choice. No one knows your relationship better than you even if people know things outside of it that you may not. I don’t personally believe that people change but I do believe they evolve and mature and maybe your man was a player back then and hurt a lot of people but maybe, just maybe, you’ve helped him evolve into someone who’s ready to commit and he’s mature enough to not fuck that up. However, make sure you aren’t staying because you’re scared to be alone or never find love again because I can promise you you’re worthy of so much more and all you have to do is believe it too.