I’ve run nearly everyday since 2005. Before that there was four years of cross country and track, and before that two years of middle school track and field. I didn’t really enjoy it as a kid, and didn’t treat it seriously for a lot of reasons, so I don’t count those years. Just the last decade or so, because my running has been voluntary.

More than that, it’s been my lifeline.

I’ve run in the snow, in the rain, in 100+ degree heat, through cities, on military bases, in shitty hotel gyms, along highways, beside beautiful lakes and rivers, through castles, across bridges, on battlefields, up mountains, with holes on the back of my heels so big that my socks were healing into my skin, at two in the morning, on no sleep, when I’m sick, with friends. I’ve got courses in cities I’ve lived in or visit a lot. I’ve traveled to those cities sometimes for almost no other reason that I crave that course.

In the book What Makes Sammy Run? the main character runs everywhere–though not necessarily as exercise–because he has to get away from the baggage of his past. A friend of mine once joked that it’s not enough for triathletes to run away from their problems, they have to swim and bike from them too.

That’s not me at all. Running is how I face what I need to face. It’s when I turn everything else off and am forced to deal. It’s my time to meditate, it’s when I feel flow but not in a work or creative capacity. There are work benefits of course–some of my best ideas have come popping into my head when running (in fact, chunks of this post came on a run), but that’s not why I do it.

Running is instead the time I set aside to not work, no matter how busy or overloaded I might be. Time to step away and be able to look at things fresh, knowing that whatever baggage you bring to a given situation has no place on other people’s shoulders or in their laps. Only your own. It’s a designated place in my life where I unload and disassemble, before it piles up unmanageably high. A lot of people do things because they can’t bear to stare into the void. This is a weakness. We run, to quote Murakami’s famous What I Talk About When I Talk About Running, to “acquire a void.”

I like running because it’s inner-directional. All athletic activity is cathartic. Running takes that catharsis out entirely on ourselves. Which honestly, is the only place it should go.

Feel disappointed in yourself, go further than you intended. Feel angry, punish yourself by turning up the treadmill. Just fucking sick of it all, go long and hard—excel. Tired? Fuck you, go faster. You were going to stop? A few more steps.

Think about what it means to play other sports with a vengeance. It’s normally characterized by aggression projected outwardly at someone else. It’s never how fast they got back on defense. Never how willing they were to dive perilously for a catch. Never the restraint they showed at bad pitches. It’s about how hard they hit someone else, the punishment they inflicted on someone’s body or face or the ball, how they’re “taking over the game.”

None of that exists in running, because there is just you and two possible variables: time and distance. Which one will you focus on? Perhaps both?

One thing I’ve never done and don’t have much interest in is a marathon. Not that I couldn’t do one or something of that distance, but I think it misses the point. It seems to me that running to train for a marathon is like being a good person so you can get into heaven. The means is right but the end is all wrong. You glorify a bogus God.

Murakami once described running as “both exercise and a metaphor.” The real marathon is life. It’s the doing every day. Running doesn’t need to be justified or applied to some end. You run because keeping a healthy body and clear mind is part of your job as a human being. Because it’s a commitment you made to yourself that you’re obligated to keep no matter how tired, how busy or how burnt out you feel. In other words, it’s practice—proof of your ability—in always having a little bit extra in you.

There is this notion in philosophy about retreating inside yourself. And finding a respite in doing so. In fact, not just a break but a refueling. “Love the discipline you know,” Marcus said, “and let it support you.” The idea is to find solace in self-control, rather than some brief satisfaction in abandoning it.

Try it. Go out for a run right now. Even though you don’t want to.

Feel the bite of the cold. Or the drag of the heat.

Stay with the struggle. Stay with it. 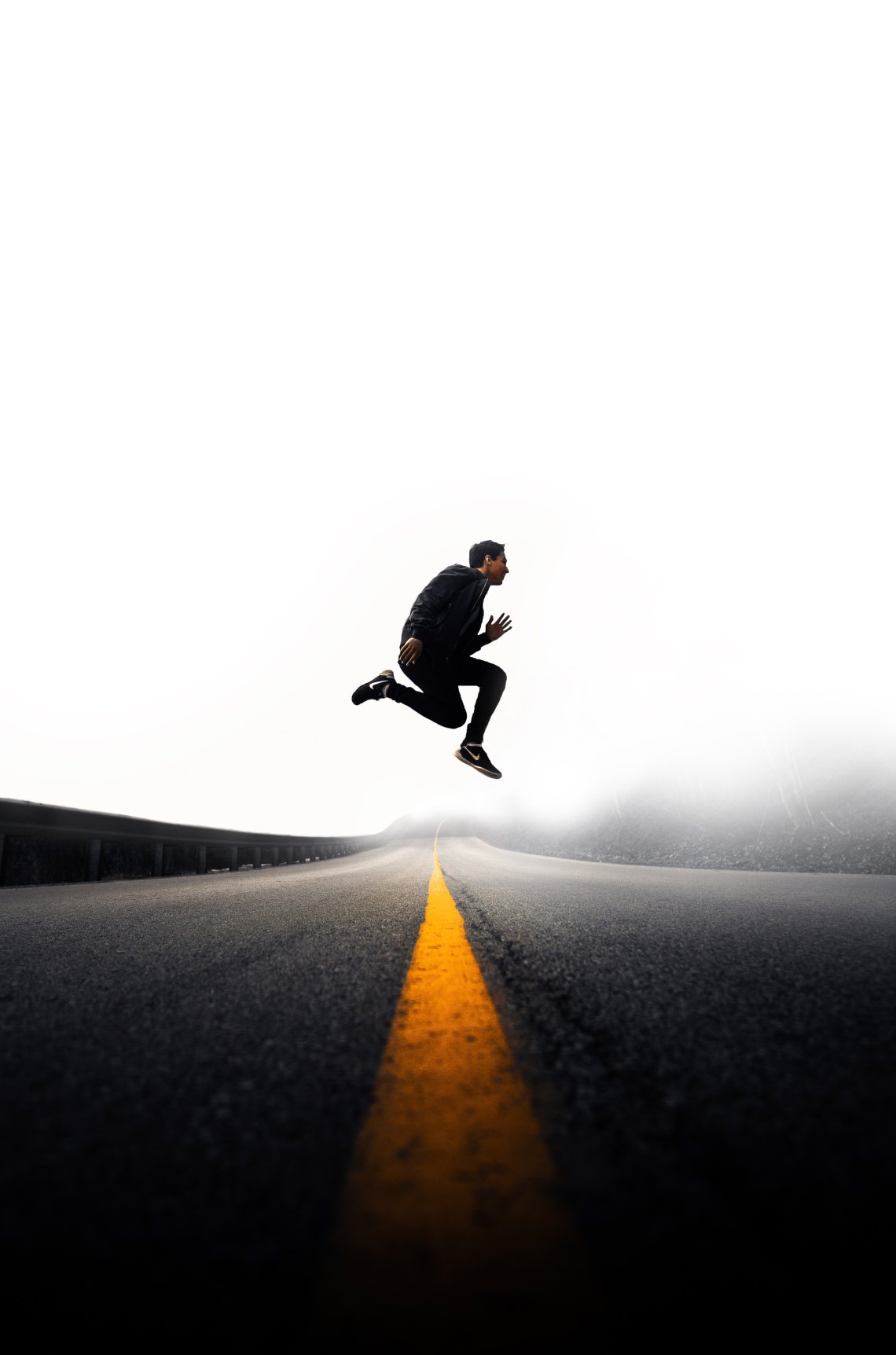 Run parallel to the river. Stay steady against the harsh wind of passing cars on the freeway. Or cut through the glass and steel skyscraper canyon. Roll through the hills and their dark, quiet houses.

Turn the music way up. So you can’t hear anything else. Hit the back button a few times in a row on the same song. Don’t let the mind wander. Don’t let it think or do anything. Just be. For a second, or a minute or as long as you can, be present. Fully present.

The point is to be reminded of the immensity. Feel unprotected against the elements or forces or surroundings. Remind yourself how pointless it seems to complain about problems. You may have felt out of sync before, but now you’ve experienced flow, you’ve connected by disconnecting.

Let the feeling carry as long as you can. Then go out and do it again.

This has been the cycle of my life for the last decade. I love it. I’m grateful for it. I see no signs of slowing down or stopping. I need it.

I’m leaving for one now.