Very few people wake up and think “I need philosophy.” This is perfectly understandable. But of course, everyone has their own problems and are dealing with the difficulties of life in some way or another.

The irony is this is actually what ancient philosophy was intended to ameliorate. “Vain is the word of a philosopher,” Epicurus once said, “which does not heal the suffering of man.” Centuries later, Thoreau expressed this same thought: “To be a philosopher is not merely to have subtle thoughts, nor even to found a school . . . it is to solve some of the problems of life, not only theoretically, but practically.”

Suffering might be a strong word to describe most our travails in love, in business, with our egos, with our urges, with our jerk of a neighbor who keeps stealing our parking space. But it turns out that this was exactly what philosophy can help with.

Whatever problem you’re facing right now, someone else probably already went through it. And their advice and wisdom comes down to us through philosophy. It was jotted down by slaves and poets and emperors and politicians and soldiers and ordinary men and women to help with their own problems and with the problems of their friends, family and followers. This wisdom is there, available to us.

Some of the best philosophers never wrote anything down–they just lived exemplary lives and provided an example which we can now learn from. That too, was philosophy. It was practical and it was applicable and it made life better.

In a humble continuation of that tradition, I’d like this post to serve as a quick introduction to the world of practical philosophy–philosophy you can actually read and use in your own life. I won’t pass along any of that academic stuff that Schopenhauer once dismissed as “fencing in the mirror.” I want to give you the opposite of what you probably experienced in college, which despite the good intentions of your professor, you understandably resented and immediately forgot. I’m also giving you only the original texts, all of which I promise are totally readable and will change your life. 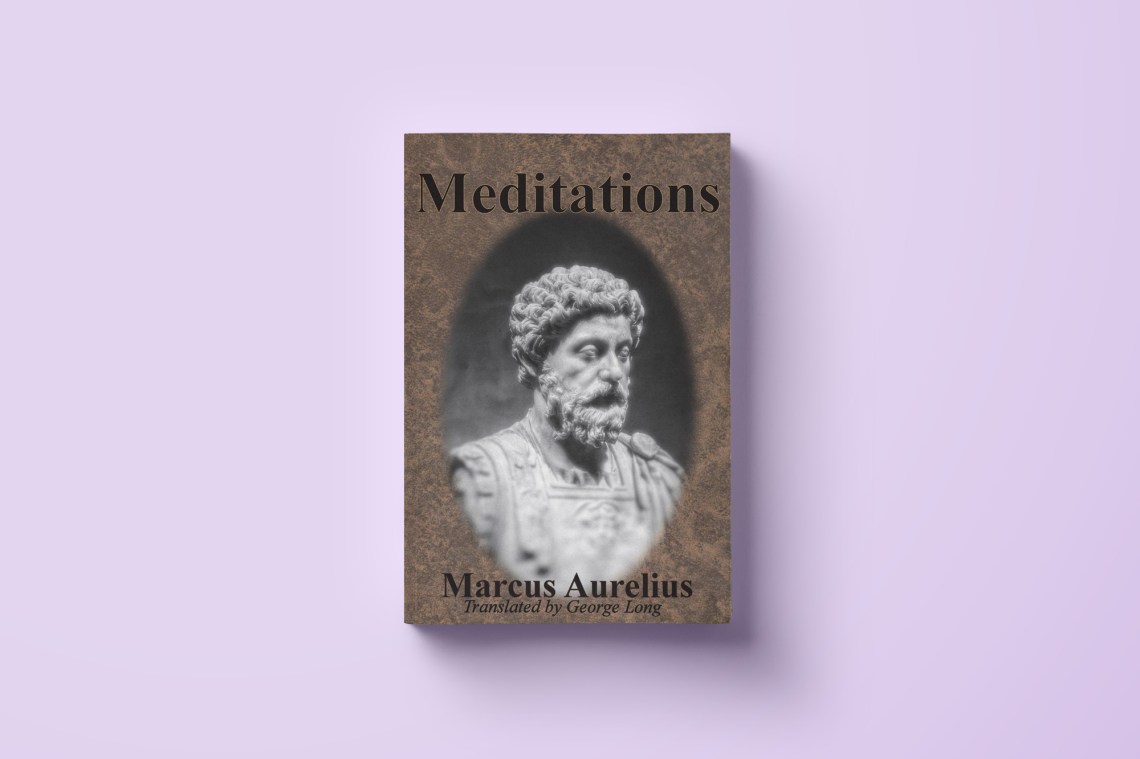 Meditation is perhaps the only document of its kind ever made. It is the private thoughts of the world’s most powerful man giving advice to himself on how to make good on the responsibilities and obligations of his positions. Trained in stoic philosophy, Marcus stopped almost every night to practice a series of spiritual exercises–reminders designed to make him humble, patient, empathetic, generous, and strong in the face of whatever he was dealing with.

Well, now we have this book. It is imminently readable and perfectly accessible. You cannot read this book and not come away with a phrase or a line that will helpful to you next time you are in trouble. Read it, it is practical philosophy embodied.

Letters from a Stoic by Seneca 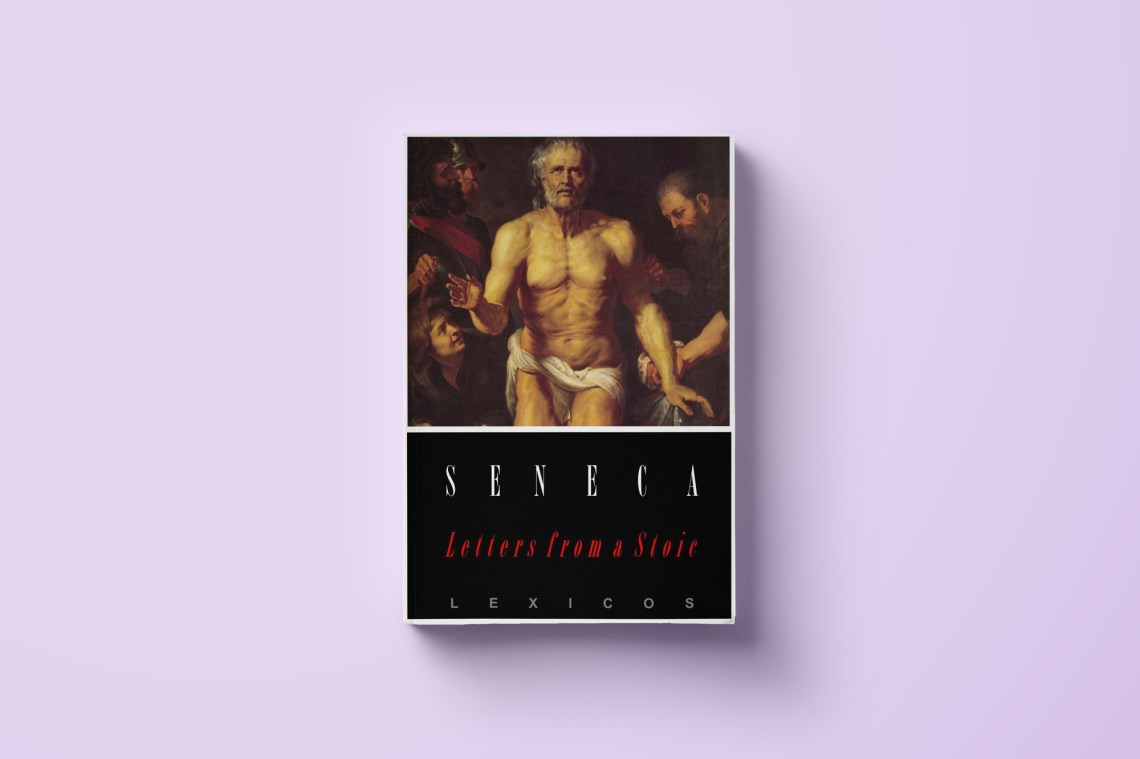 Seneca, like Marcus, was also a powerful man in Rome. He was also a great writer and from the looks of it, a trusted friend who gave great advice to his friends. Much of that advice survives in the form of letters. Now we can read those letters and they can guide us through problems with grief, wealth, poverty, success, failure, education and so many other things. Seneca was a stoic as well, but like Marcus, he was practical and borrowed liberally from other schools. As he quipped to a friends, “I don’t care about the author if the line is good.” That is the ethos of practical philosophy–it doesn’t matter from whom or when it came from, what matters if it is helps you in your life, if only for a second. Reading Seneca will do that. (Other collections of his thoughts are great too: Penguin’s On the Shortness of Life is excellent.)

The Moral Sayings of Publius Syrus 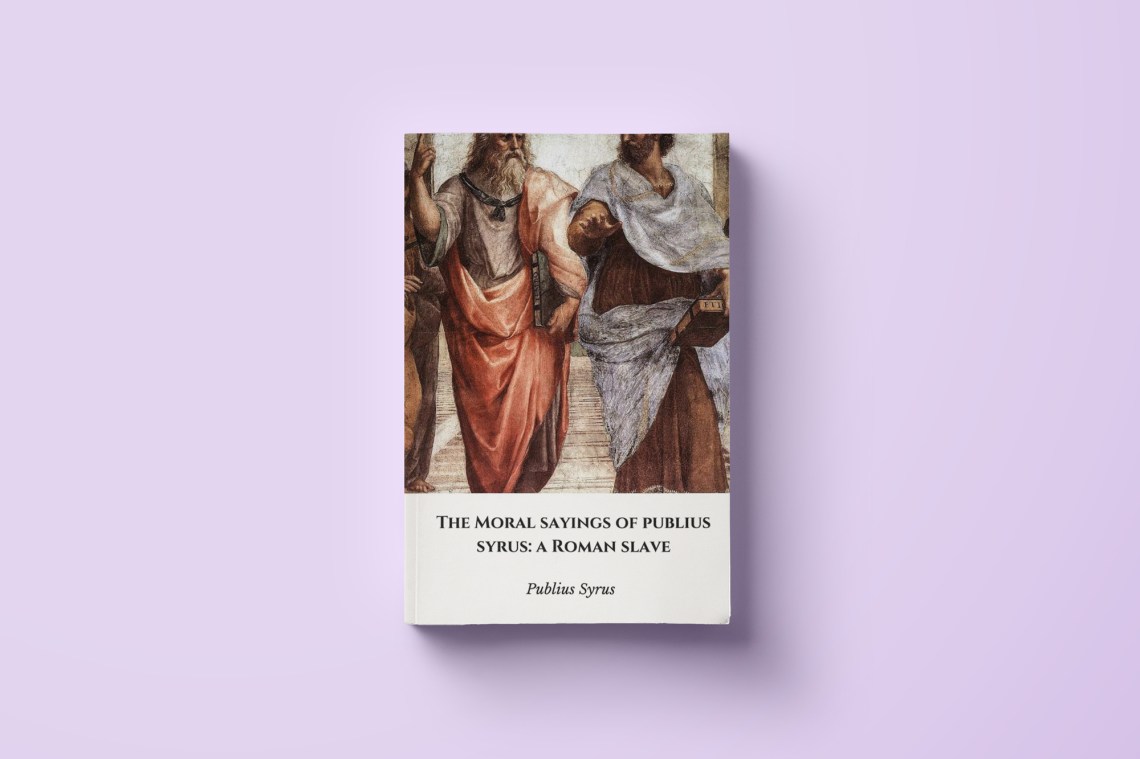 A Syrian slave in the first century BC, Publius Syrus is a fountain of quick, helpful wisdom that you cannot help but recall and apply to your life.

“Rivers are easiest to cross at their source.”

“Want a great empire? Rule over yourself.”

“Divide the fire and you will sooner put it out.”

“Always shun that which makes you angry.”

Those are a few I remember off the top of my head. But all of them are good and worthy of re-reading in times of difficulty (or boredom or in preparation of a big event). 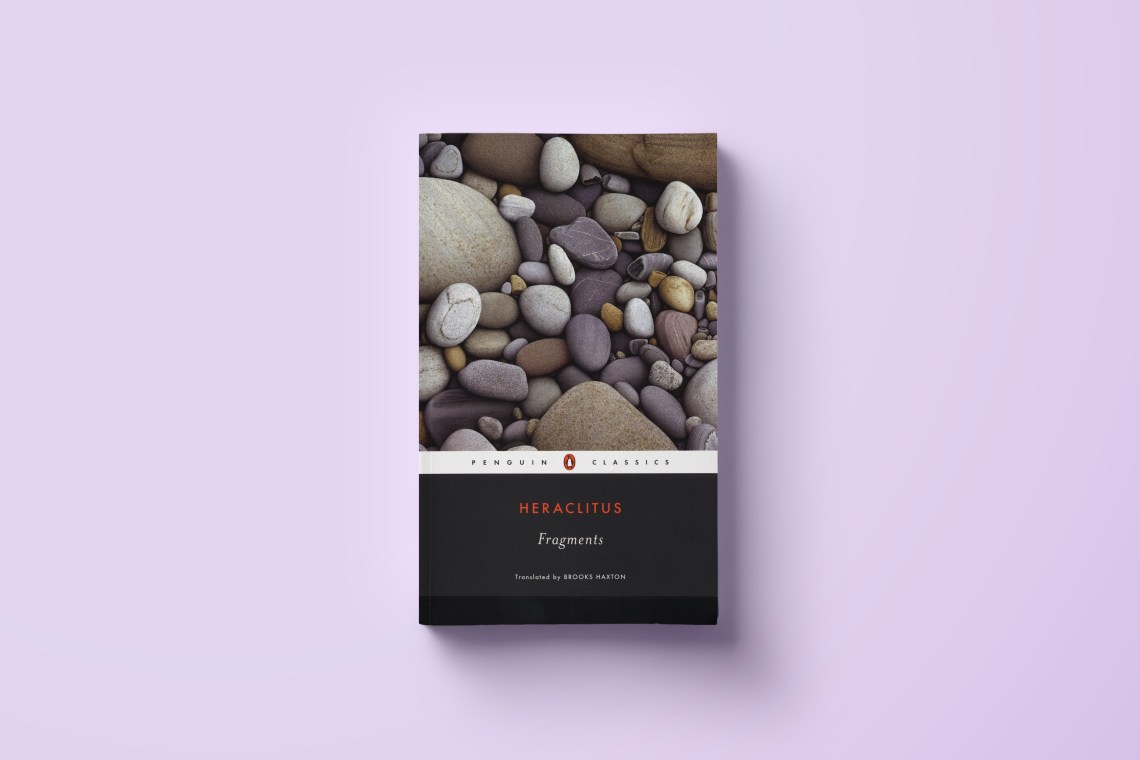 This is as ephemeral as I am going to get. While most of the other practical philosophy recommendations I’m making are bent towards hard, practical advice, Heraclitus might seem a bit poetic. But those beautiful lines are really the same direct advice and timeless, perspective-changing observations as the others. “Try in vain with empty talk / to separate the essences of things / and say how each thing truly is.”

“Applicants for wisdom / do what I have done: / inquire within.”

“Character is fate.” “What eyes witness / ears believe on hearsay.”

“The crops are sold / for money spent on food.” 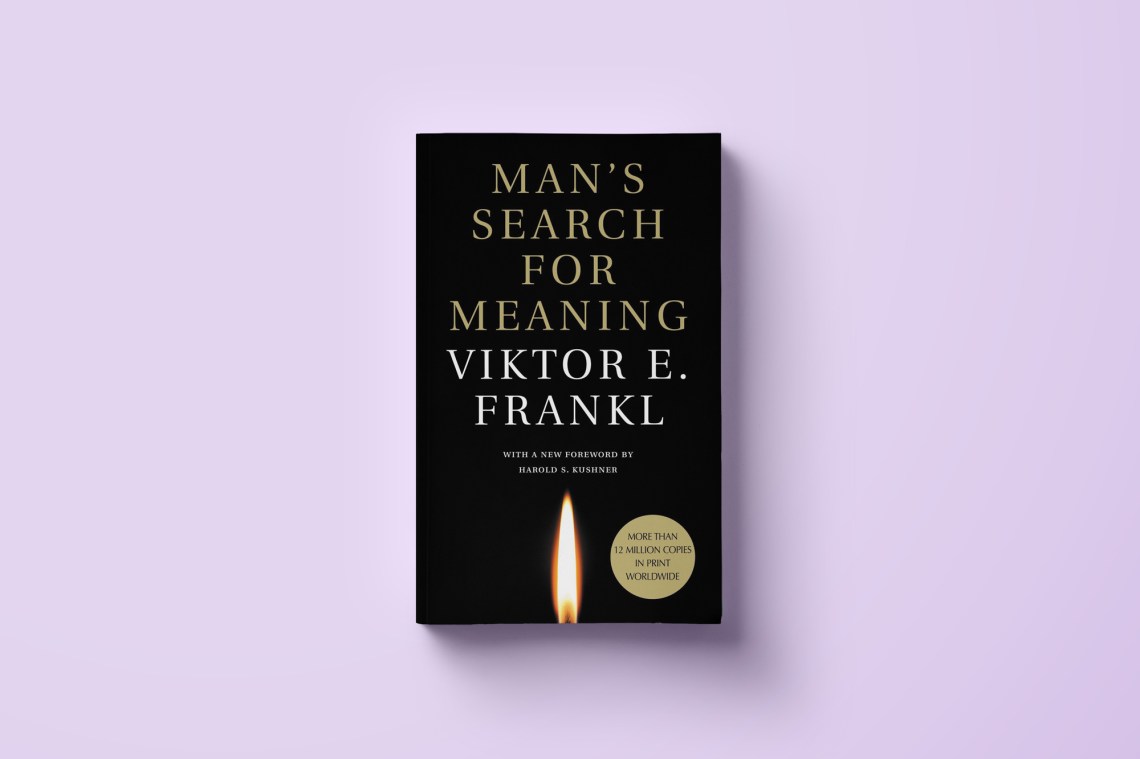 In Frankl’s case, we are lucky that he was a brilliant psychologist and writer and managed to turn all this into one of the most important books of the 20th century. I think constantly of his line about the man who asks, “What is the meaning of life?” The answer is that you don’t get to ask the question. Life is the one who asks and we must reply with our actions. 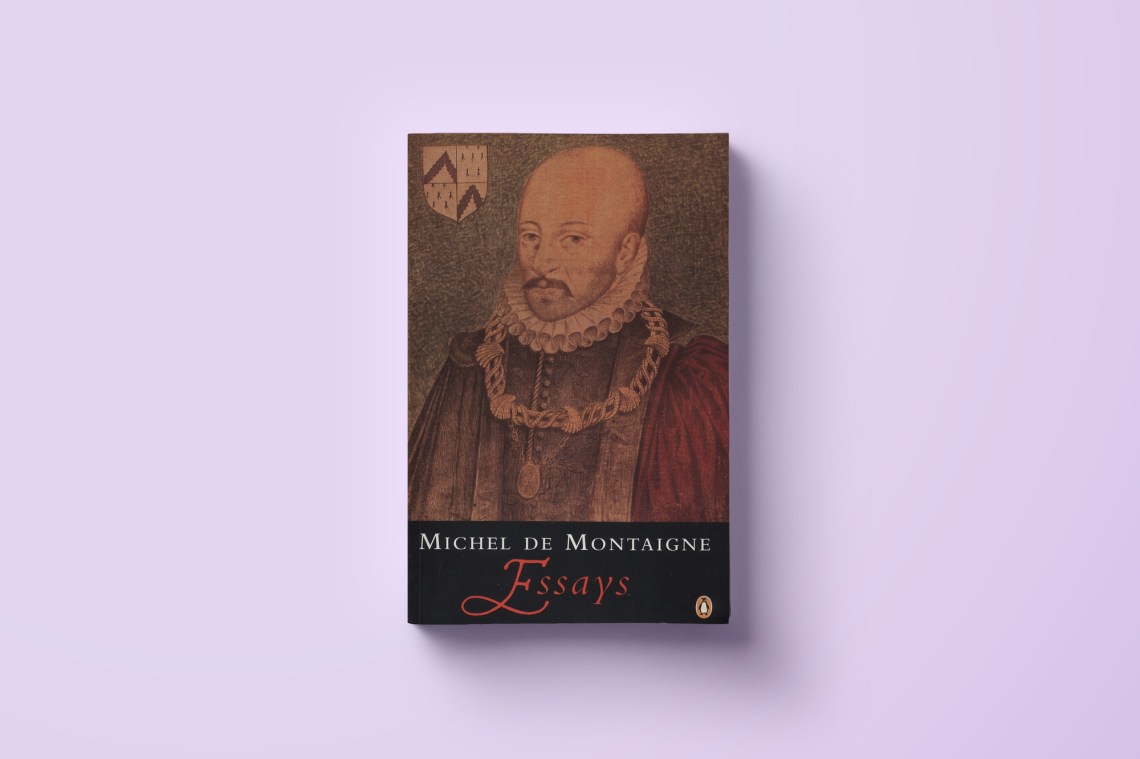 Montaigne was deeply influenced by some of the books I mentioned above. He was the epitome of Heraclitus’s line about “inquiring within.” So much so that he spent basically the entire second part of his life asking himself (and other people) all sorts of interesting questions and then exploring the answers in the form of short, provocative essays. (A favorite: Whether he was playing with his cat, or whether he was the toy to his cat). These essays are always good for a helpful thought or two–be it about death, about “other” people, about animals, about sex, or anything. 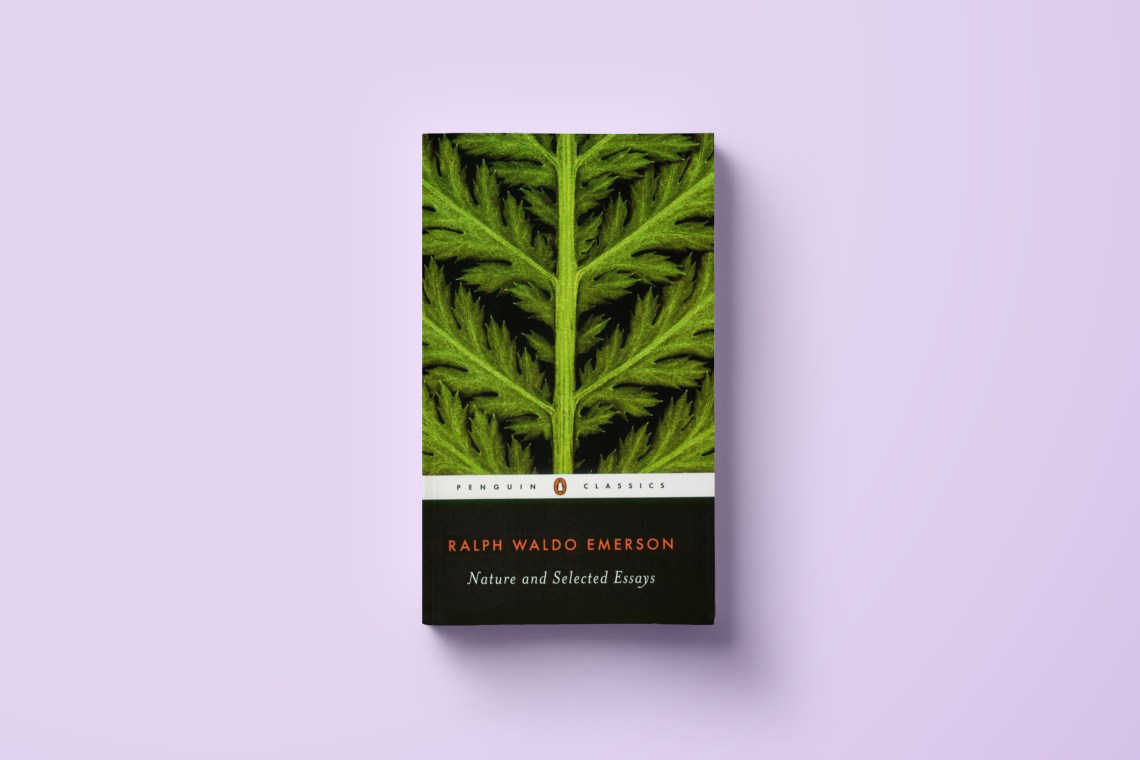 While Montaigne’s essays are good for making us think, Emerson’s essays make us act. They remind us that we are ultimately responsible for our own life, for making ethical choices and for fulfilling our potential. I prefer Emerson to the more indolent Thoreau and because unlike most classic writers, he embodies that uniquely American drive and ambition (but in a healthy way). If you have not read Emerson, you should. If you have–and you remember fondly his reminders about recognizing our own genius in the work of others, or his reminders to experience the beauty of nature–that counts as philosophy. See how easy it is?

Essays and Aphorisms by Arthur Schopenhauer 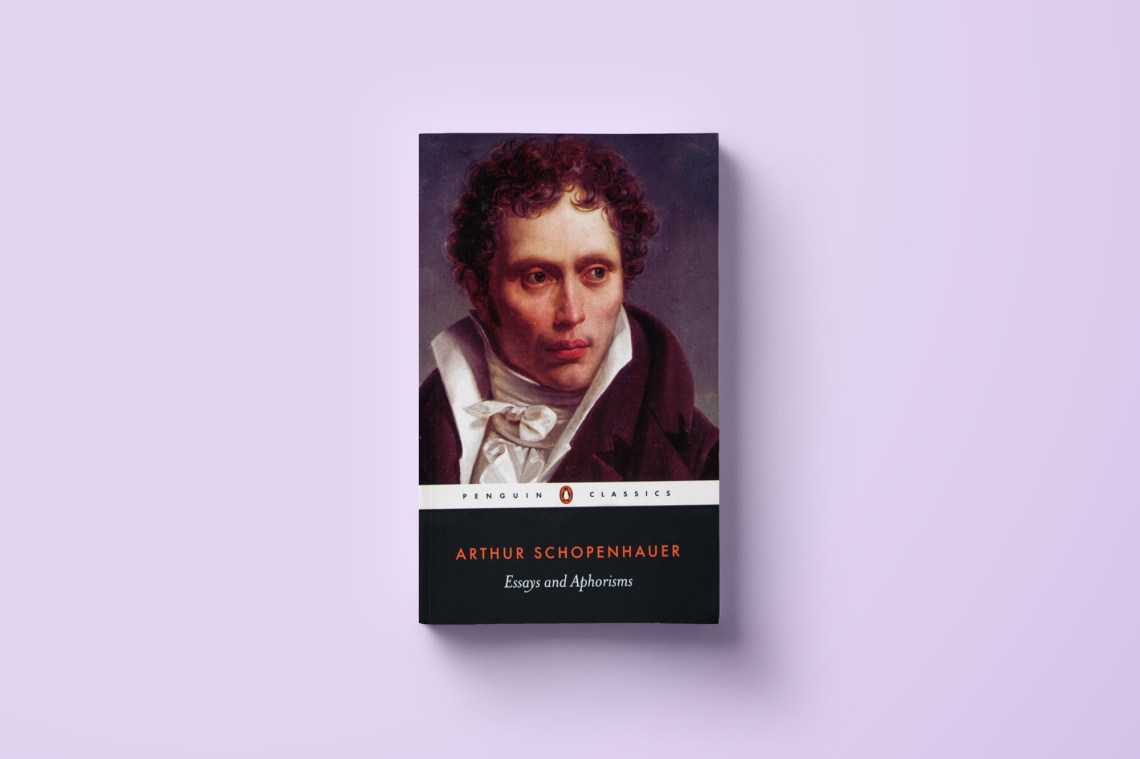 Schopenhauer is another brilliant composer of quick thoughts that will help us with our problems. His work was often concerned with the “will”–our inner drives and power. “For that which is otherwise quite indigestible, all affliction, vexation, loss, grief, time alone digests.” But he also talks about surprisingly current issues: “Newspapers are the second hand of history”–and that the hand is often broken or malfunctioning. And of course, the timeless as well: “Hope is the confusion of the desire for a thing for its probability.”

The Essential Epicurus by Epicurus 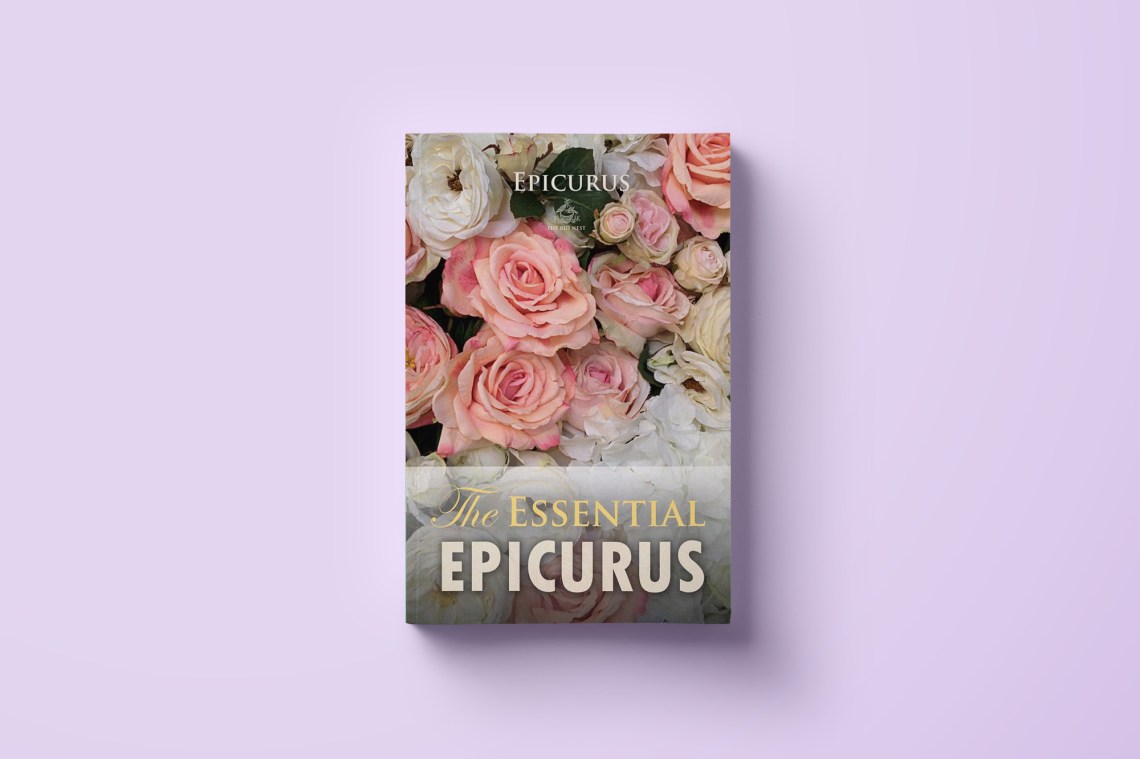 First off, Epicurus’ philosophy has almost nothing to do with our definition of the word “Epicurean.” I mean look: “Live your life without attracting attention.” He who has the least need of tomorrow will most gladly greet tomorrow.” “It is better for you to be free of fear and lying on a bed of straw than to own a couch of gold and a lavish table and yet have no peace of mind.” Epicurus was a teacher and a philosopher, and very little of his work survives. But the fragments which do are humble, noble and mostly about avoiding needless fear and anxiety in life. Those are all good things are they not? Ironically, Epicurus also has another more “scientific” side to him and there are few essays which go into great depth about “atoms.” I mostly skip those and stick to the lessons on imperturbability and self-reliance. This classic essay on the life of Epicurus is also great.

This last thought will probably get me into a little trouble because I am veering off what is more directly considered “practical philosophy.” But I think I am on good ground here. For starters, Cato the Younger–considered one of the most influential stoics–never wrote anything down. He was a philosopher by action and so many people studied his “work” through biography and anecdote. This was a Roman tradition. For instance, Plutarch wrote many biographies of famous historical figures–from Demosthenes to Mark Antony–which function as philosophy and moral example. A few biographies worth picking up for their practical philosophic value: Where Men Win Glory by Jon Krakauer (Pat Tillman embodies the tragic hero). Titan: The Life of John D Rockefeller (unflappable, disciplined, ultimately generous and humble–there are a lot of good stories here). I mentioned Cato earlier–the most recent biography by Jimmy Soni and Rob Goodman is quite good. I like Frederick Douglass’ autobiography, My Bondage and My Freedom as well as Xenophon’s Cyrus the Great (the modern business translation is most readable). I try to read at least one such biography a month, to get recommendations start here.

This list is by no means conclusive. Absent are many other great works of practical philosophy, and of course, other great works of theoretical and systemic philosophy. I’m not saying those are without value. I’m just saying that when most people wake up and try to make the most of their lives–or often, just struggle to get by–that’s not what they’re looking for.

They’re looking for help. Well, philosophy can be that help. Most of us are just suspicious because we wrongly associate it with long lectures or confusing translations. That’s a shame.

Because the works above have long been resources for people with all sorts of problems, from fighter pilots to kings to accountants to convicts to parents to athletes. In other words, unlike most of the big intimidating (usually German) philosophers whose names you cannot pronounce, this is philosophy for outside the classroom. Take it with you, use it, depend on it.

I’m sure some philosophy purists are going to object to my use of the books above and my characterization of some of their favorite thinkers. But I hope they understand that we have the same goal in mind: more people using philosophy as it was intended (improving lives).

I hope the rest of you find some solace, aid or inspiration in these recommendations. Those books changed my life and I hope they’ll change yours.

Ryan Holiday is the bestselling author of Ego is the Enemy and The Obstacle Is The Way: The Timeless Art of Turning ... Follow Ryan on Instagram or read more articles from Ryan on Thought Catalog.

The Philosophy Every Idealistic Person Needs

On The Blackwell Philosophy and Pop Culture Series