Lurking inside each and every one of us is a dream—a desire to do something other than clock in and out of a safe job that doesn’t quite feel right. It takes a serious amount of courage to abandon a secure gig to pursue your true passion in life, but the rewards are great. And it’s never too late.

This post is sponsored by Tito's Vodka. Crafted to be savored responsibly.
Savor and unwind.

Just look to Tito, the founder of Tito’s Handmade Vodka, who spent years toiling in the mortgage business and the oil & gas industry before realizing at one pivotal cocktail party that he was “the vodka guy” at heart—a moment that spurred him to drop everything and devote himself to his now world famous company.

In partnership with Tito’s Handmade Vodka, we’ve invited Rob Fee to share the moment of passion that led him to chase his dream wholeheartedly. We collected submissions from readers with similarly inspiring stories to share, the best of which we’re included in an e-book alongside Tito’s Story.

Soon after I started kindergarten, my teacher recommended speech therapy because my voice wasn’t very strong. At times, it was barely above a whisper. After a few visits, the speech therapist sent me to a doctor because she noticed an irregularity with my vocal cords. Turns out I had vocal cord nodules or polyps, which are usually associated with singers or someone who uses their voice constantly. As a five-year-old, mine was a rare case of the polyps occurring for no real reason.

I ended up having surgery to remove the polyps, along with my tonsils, and during the procedure, something went wrong. I started throwing up what seemed like oceans of blood. I remember being moved from one hospital bed to another because of all the blood. Finally stabilized, I spent the next few days in an oxygen tent. I wish I could say that was the last surgery I had, but it was just the beginning.

When the polyps returned a few months later, we drove to Cincinnati, Ohio so the best vocal cord doctor could operate on me. Things went much smoother, but unfortunately laser removal surgery became my routine over the years. From ages five to twenty, I underwent the procedure every three to twelve months. To say that it was difficult would be a serious understatement.

The physical aspect was challenging because it was such an invasive surgery, but the psychological and social challenges were much worse. Doctors told me that most people with this condition would struggle with it their entire lives and eventually just lose their voice entirely. The only glimmer of hope was that, in some cases, when it starts in a young child, you can outgrow the condition naturally around your teenage years.

No one was looking forward to becoming a teenager more than I was. When I went into the first operation I had after turning 13, I was positive it would be the last. It wasn’t. In fact, my condition had worsened. 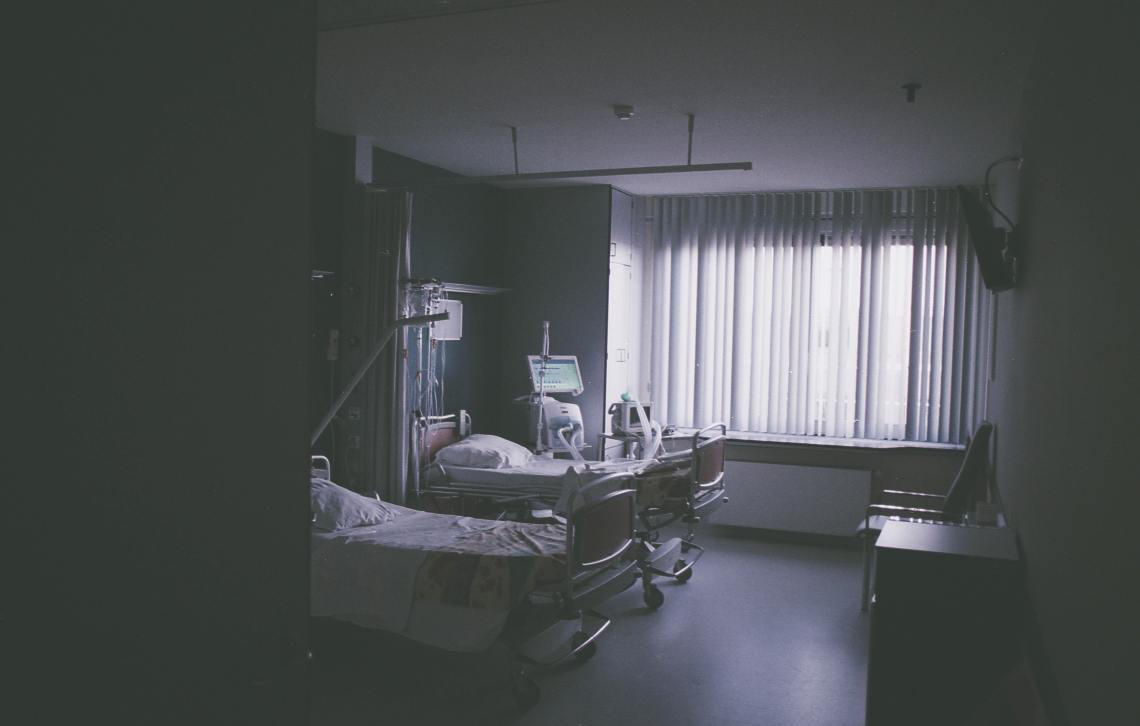 Every time they put me under, I would pray for good news when I woke up. Every time that didn’t happen, I became less and less hopeful. It’s a difficult burden for a child to carry—knowing that there’s a strong possibility they might wake up one day unable to speak. Obviously, having a rough, deep voice at such a young age also meant that I was teased a lot at school—shockingly enough, not just by kids, but by adults as well. They’d come up with nicknames or make jokes about my voice and I’d just have to pretend it didn’t bother me because the worst thing you can do when dealing with a bully is let them know that what they’re saying is working. It’s the worst, I know.

By age twenty, the polyps luckily subsided enough to the point that I no longer required routine surgeries. My voice was still raspy and everyone I met still asked me if I was sick, but finally, the surgeries were over. Now came the really difficult part: Everything I wanted to do in life involved public speaking. How was I supposed to get up and talk in front of people when the biggest obstacle I faced was talking? I knew it was one of those things that you either go for full force, or talk yourself out of and face certain regret down the line.

What I had been looking at as a disadvantage—what had been the main cause of pain and struggles throughout my childhood—suddenly transformed into an advantage and something that separated me in a good way.

Somehow, I managed to collect myself and gather the courage to speak at the assembly. I don’t remember what I said or if it even made sense, but I got through it. Then something that shocked me and forever changed my mentality happened: Kids actually approached me afterwards and told me they remembered me specifically because of my voice. They didn’t say it in a negative way, either. I stood out as unique, and what I said was more memorable because of my voice. What I had been looking at as a disadvantage—what had been the main cause of pain and struggles throughout my childhood—suddenly transformed into an advantage and something that separated me in a good way.

I ended up working with that group for several years and then went on to work with several non-profits including some large churches and neighborhood outreach programs. Eventually, though, my job transformed into a desk job I hated. I spent the majority of my time editing spreadsheets and less and less time doing the things I enjoyed. When the company I was working for at the time downsized and cut a large percentage of their employees, I knew I had to make a choice. It was one of those defining moments in life when you realize that the decision you’re about to make is going to change the entire trajectory of your existence. I could either get another safe, secure job doing the same kind of stuff, making the same kind of money, or I could go for what I had always wanted.

I’ve always loved writing and creating and entertaining, but for a long time, being a creative career didn’t seem like a viable option. I had started a Twitter account to write jokes, but other than that I really didn’t have time for my passions. Regardless, I made up my mind that I was going to pursue comedy and that if my voice was what helped me stand out, that would be even better. I gave myself one year because I wasn’t going to be one of those people begging their parents and friends for money so I could have more time for creative expression.

From the outset of that critical year, I applied and submitted to anywhere that would listen to me. If someone asked for a packet in two weeks, I got it to them in two days. I wanted them to know that I was talented and that I was willing to work harder than anyone else. I had no qualifications whatsoever, but I would come at everyone with a dozen ideas. I didn’t ask anyone for a job, but if someone was looking for a writer or if a show was hiring, I would ask for the opportunity to submit or apply.

I ended up getting a job contributing to a website and soon after I landed a gig as a segment producer on The Ellen Show. I tried to make sure that I was always going above and beyond at work. In the four years after that, I worked for numerous TV shows, published thousands of articles, wrote multiple books, sold movie scripts, released a stand-up comedy album that hit #1 on iTunes comedy charts, and began calling the people I’d long admired my peers.

I’m not saying all of this to brag. I’m humbled by the small amount of success I’ve had and by the opportunities that have come my way. But in no way were they handed to me. I worked hard constantly to get each and every one of them.

What I know today is that you aren’t defined by what you’ve done or where you’re from or what others say you’re capable of. I grew up in Harlan, Kentucky. My voice is far from what you’d look for in a public speaker. I could give you a thousand reasons why I could’ve settled and I’m sure you have a thousand reasons why you should stick with what’s comfortable instead of really going for it. I share my accomplishments because if I can do it, you can too. The only thing standing between you and your dream is the faith to take that first step and to work with everything you’ve got to keep going. Today can be your moment. Don’t let it pass you by.

You aren’t defined by what you’ve done or where you’re from or what others say you’re capable of.

This post is sponsored by Tito's Vodka. Crafted to be savored responsibly.
Savor and unwind.