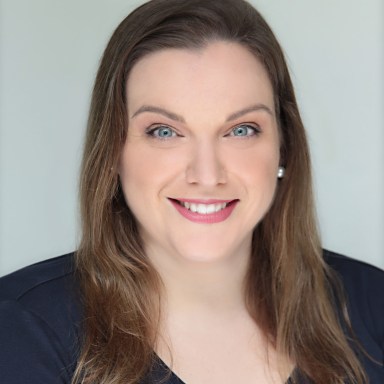 My life as a 13-year-old was obsessed with fitting in, crushing hard on boys, and dealing with a mysterious plague of acne that started in my armpits.

I struggled wearing bras that wouldn’t irritate those large, swollen bumps that would rupture and stain my shirts and undergarments. My pediatrician referred my parents to a dermatologist to determine what I was suffering from and seek treatment.

Now imagine your whole life at that point was female doctors and the first male doctor you have is someone that will see these pustules in your pits and your wimpy and stained training bra. It was utterly embarrassing to raise my shirt up and show my secrets. Within a few seconds he sized me up and says to my mom, “she’s just overweight, if she could lose the weight it will go away, but here’s some acne cream you can try.”

If you can remember what it’s like to be 13, that doctor inflamed every insecurity there was in me. I was not a skinny pretty girl, I was a chunky tomboy — an athletic, kick ass, take names chick that now realized that her tormentors came in adult form too.

After that appointment, I shut down emotionally. The boils quickly grew in number and size as I proceeded through my teens. My issues then spread to my groin, inner thighs, and butt. I stopped riding bikes because the boils were right at the saddle points, I slowly backed away from sports as my boils would rupture and be visible stains while on the field or running. I lived in pain and embarrassment hiding or avoided changing in locker rooms for gym class. It messed with my mind and self-esteem when I crushed on guys but never had a boyfriend through high school.

My first sexual experience occurred six weeks before my 18th birthday. I was paranoid because I didn’t know enough but I knew what I suffered from was not normal. Luckily, my undiagnosed ailment wasn’t flaring up at the time, but I did have some scarring. There wasn’t any questions from my more experienced, college senior partner. He never stared, gawked or questioned it. I never brought it up. I guessed at that time what you can’t see in the dark doesn’t matter.

Shortly thereafter, I went to college and my confidence changed. I was getting attention from guys. I noticed that they were attracted to my energy, my fun and adventurous nature, my ability to say it like it is. I joined a sorority. My sorority sisters, because of my “man-game,” affectionately nick-named me Chaser. I had no fear of going after someone who wasn’t in my league.

My sophomore year really opened up my intimacy insecurity as I was dating and having sex with more than one partner in a year. Looking back, I dated guys that were at least 8-16 years older than I was, who had multiple partners.

One of those relationships lasted nearly four months and spurred a lot of personal growth in body positivity. James* asked about my scars and boils which were manageable but present, but never judged me. He would ask if I was ok or needed help with my boo-boos. James had his own insecurities: his teeth, his weight, his fledgling business. He and I shared our feelings and never judged each other. We communicated. After I ended that relationship, I met the guy who would end up as my first husband.

Craig, on the other hand, was completely inexperienced when we met. I fell for him hard and fast because he was so different. When it came to my condition, it was an experience for us to share together. Our first time together was in the middle of the afternoon, on a full sunny day. No night to hide in shadows.

He saw my scars, and a nice bulbous boil under my arm.

Craig did look concerned but it was due to the painful possibility it posed. By that time, I had lived with this condition for 6 years, lancing, draining, cleaning, and bandaging wounds. I accepted this as my daily life. So as nonchalantly as I could muster, I said, yeah, I got this acne type of thing. I explained where and how it hurts, and so on. He questioned if it was due to anything sexual because it was “down there” but I assured him it was not.

For 12 years, Craig saw my condition change and worsen. Eventually, my groin got the worse of my flares. He was concerned about irritating my skin and I’m sure he didn’t think it was sexy to see an open sore on my upper inner thigh. I prepped my skin before and after and communicated any pain or discomfort. He never made it a thing, but on occasion, I did.

During the course of our marriage, the intimacy dried up. It could have been for several reasons, but at the time of dissolution I thought I wasn’t attractive due my weight, the gross boils everywhere which if he got an ingrown hair on his inner thigh he thought I gave him my disease, and failure to be a good wife (whatever that means).

I searched for love, attention, and affection wherever I could get it.

Where did Chaser go?

One of my first rebound partners really drove me to a lower low. Bryson was a 30-year old virgin. He wanted me to teach him. That should have been my first clue it wasn’t going to go well. He was immature, but rebounds are meant to be mistakes that you learn from and never go back to.

I did prepare him before undressing that I have a skin condition and it can be kind of weird, but I don’t have anything that is an STD or is contagious. When I undressed, he saw it all. He immediately asked, “are you sure it’s not an STD? Because it looks like an STD.”

A few years after that incident, I sought out the help of another dermatologist because I was sick of having this issue. A few days before my appointment, I was perusing the internet at work for research and came across an ad for Hidradenitis Suppurativa (HS) information. I read through the symptoms and affects, and like a divine intervention I knew what I had been suffering from. When I went to the dermatologist, she confirmed I did have stage two HS. I was so elated to have answers and someone who understood this disease. I started treatments and have managed to reduce the intensity of my flares.

With educating myself and personal improvement in self-esteem after my divorce, my confidence returned and it’s a conversation that empowers me today as a model and actor.

The thought I was not pretty or desirable is gone.

I am still a curvy woman, a highly enticing and flirtatious siren. And I am open with potential partners about my condition, not as a sad story but as a filtering system to find men that are mature and understand we all have flaws, and I haven’t had a negative sexual experience since.

For my fellow HS sufferers, have faith in yourself. People are attracted to you because of who you are on the inside and the energy you exude on the outside. Trust me on that.

Your mindset on this disease is key. You can let it decay your ability to love yourself, or you can use it to show yourself your strength. I’m 37-years-old and I’ve let this skin condition take me down, but build me back up. I embrace the scars, the boils, the pain as a badge of courage. I find gratitude in the journey it has given me and will continue to give me. I can open up to anyone who feels different and doesn’t like it. I wanted for so many years to be “like everyone else” but life is meant to be lived as independent and as unique as can be.

No one will have the same exact life as you, so realize how priceless it is to be you in your life. So you can choose to make it a good one, or allow the challenges in your unique life overcome you. I know it’s not all sunshine and rainbows, but that’s part of the fun, if you can find the joy in life.

Intimacy is all about communication: it’s expressing your likes, dislikes, and insecurities. Your partner has to be able to listen, understand and respect your thoughts and your body. No partnership is worth it if you ever feel bad. In my HS support groups, I see messages of people struggling to juggle our condition with relationships. I’ve read posts of people with abusive spouses threatening or citing HS as the cause of relationship failure.

You shouldn’t be with someone that cannot have empathy for your position.

And on the other hand, we, as HS “thrivers,” have to keep ourselves in a healthy and strong mindset and not allow others to define who we are.

*Names have been changed to preserve anonymity.