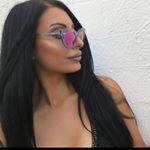 At some point in our lives, we’ve all felt disappointed when the expectations we placed upon a person who we probably described as “special”, “different” or “amazing” weren’t met. Maybe you emotionally invested in the idea of how good it could be instead of seeing it for what it was, and when it didn’t work out you felt rejected – abandoned even because your feelings aren’t reciprocated.

This would have hurt you and bruised your ego. It would have made you feel angry at yourself for taking a chance on someone. You trusted and confided in them with the hopes they would not hurt you and finding out their feelings were not mutual was like them saying, “I see what you have to offer, but no thanks, I’ll pass.”

That feeling of rejection – it isn’t nice, but it does happen to the best of us and every time this has happened to me I’ve always referred back to the taxi light theory.

The theory is that when a guy is open to the possibility of being in a committed relationship he will simply turn on his taxi light. If you’re the girl that hails the taxi when the light is on, there’s great potential for the journey to be a long and pleasant ride. But if you jump into the taxi when the light is off, no matter what you do or say, it’s not going anywhere.

As women, sometimes our imagination gets the best of us. We have this incredible ability where we’re able to create millions of scenarios in our brains that all involve our handsome leading co-star which is who we believe to be our perfect match. Sometimes we might get so wrapped up in these ideas that on a subconscious level we try to manipulate real-life situations to work in our favor in order to get what we want. I must tell you-you can control how well you excel in your career, your finances, how much exercise you do each day and many other things that contribute to your own life being great, but you cannot control how another person feels. It’s a hard pill to swallow, but it’s the truth.

If a guy is not ready to be in a committed relationship nothing you do or say is going to make him change his mind. If he wanted to be with you, he would move mountains to be with you – he would put in the effort and go that extra mile. You would be able to see from his actions that he is serious about you! That’s the kind of guy you want, not the guy who texts you at 2am on a Sunday morning saying “U up?”

You can kick, scream and throw a fucking tantrum. You can be so angry that this person doesn’t feel the same way you do. You can annihilate his entire existence in a group chat getting all of your girlfriends to back you up on everything you’re saying, reassuring you that he’s a douchebag and that he doesn’t deserve you (which more often than not, is probably right). You can take the petty path and try and orchestrate ways to make him feel bad. You can do all of those things and it might make you feel better for a little while, but the truth of the matter is, his taxi light wasn’t on and you probably chose to ignore all of the signs and jumped in any way.

If his light is off, you are investing in someone who is emotionally unavailable which ultimately is only going to exhaust you. You’ll try and overcompensate in order for it to change, you’ll give 110% all of the time and you’ll do girlfriend things for someone who doesn’t even give you a good morning text.

Think back to all the guys from your past who really liked you, there would be a few I’m sure of it. How did you know they liked you? What did they do to show you they cared? What made you at that moment feel confident that if you wanted to be with them you could be? How different were their behaviors to the guy with the light off?

Even if you didn’t see a long-term future with those guys, did they make you feel safe and secure? Were they supportive and encouraging? I bet they were and they would have made it known that they weren’t going anywhere. Their lights were on because they demonstrated to you through their actions that they were in it for the long haul.

Don’t just sit in the back seat of a taxi waiting for it to miraculously start moving, you might be waiting a lifetime. Get out and keep on walking because you never know, your taxi might be just around the corner.

When in doubt, always take the road less traveled

Everything You Need To Know About Choosing The Right Guy

5 Reasons We Will Never Settle Down In Our Early 20s