I refuse to let the wrong ones make me give up on love. I refuse to accept that real love doesn’t exist anymore. That almost relationships are the new norm. That you’re lucky if you can get past a third date. I refuse to believe that modern dating is love. Maybe it’s harder to find something real, but it’s there. It exists. And I refuse to believe that I’ll never find it because I know that many people still believe in it. Many people are already tired of the meaningless streak of dates and almost relationships they’ve been in which leaves them feeling nothing but emptiness.

I refuse to let the wrong ones make me angry or bitter or resentful. I’d rather think of them as lessons or stepping stones to the right one. I’d rather feel sorry for them and their inability to be vulnerable and truly love someone instead of feeling sorry for myself. I’d rather look like a fool and say I tried than look like an asshole because of my pride. I refuse to let the wrong ones turn me into one of them. Heartless. Selfish. Emotionless. Indifferent.

Sometimes people are ahead of others in the game of love, they understand it, they cherish it, they appreciate it and it’s up to them to make the world a better place, to give people the love they’re not used to, to be a breath of fresh air in their polluted world.

Sometimes it may take others a while to catch up with us, and they may even push us away because they don’t know what to do with hearts like ours but that shouldn’t stop us from being who we are or changing the way we love.

Rania Naim’s new poetry book
All The Letters I Should Have Sent
is now available for pre-order here. 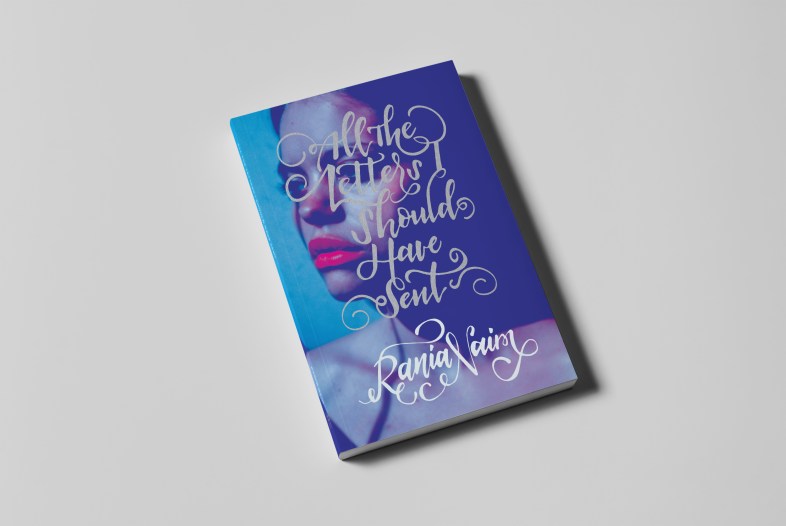