Say goodbye to the moments you messed up and the mistakes you made along the way. It’s how you learn and how you grow.

Say goodbye to the tears you cried over the ones who didn’t deserve you, say goodbye to everyone who made your year a little harder.

Say goodbye to the moments of weakness you had to endure, know that every moment of weakness brings you closer to a moment of strength.

Say goodbye to loving someone who didn’t love you back. Know that every heartbreak is bringing you one step closer to the right one.

Say goodbye to staying when you should leave. Know that you’re always allowed to leave and you should.

Say goodbye to staying the same when you can change. Change means you’re not settling and you should never settle.

Say goodbye to the ones who doubted you and the ones who laughed at your dreams. Make it a point to take their words as a challenge, let them be the fuel that ignites your motivation and determination.

Say goodbye to your obsession with controlling things, understand that sometimes it’s better to just let things be and let the answers come to you.

Say goodbye to all the unanswered questions, to all the hows, whys and what ifs. They’re only going to clutter your mind because sooner or later, you’ll know why things happened the way they did.

Say goodbye to everything and everyone that weren’t ‘meant to be.’ Trust God. Trust the universe. Trust that sometimes you don’t always know what’s best for you.

Say goodbye to the words that hurt you, the ones you couldn’t shake off, the ones that you thought defined who you are. Every year brings a new chance to redefine everything including yourself.

Rania Naim is a poet and the author of the book All The Words I Should Have Said. 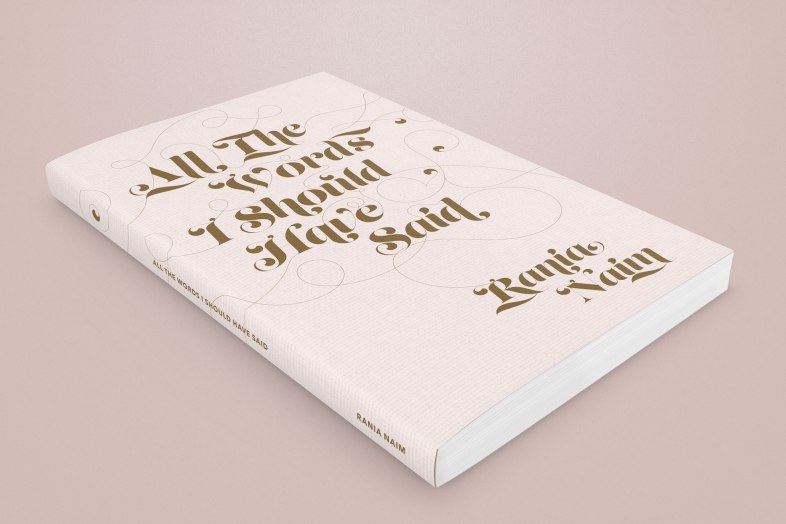 All The Words I Should Have Said is available as a physical and electronic book. You can buy it here.