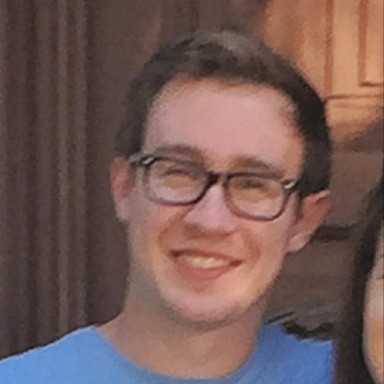 I work at a gas station in rural Pennsylvania. It’s a boring job, but it’s pretty easy and it pays all right. A few weeks ago, this new guy started; I’ll call him Jeremy.

Jeremy is weird. He’s about 25 or 26, and he hardly speaks, but he’s got the creepiest laugh I’ve ever heard. My boss and I have both noticed this, but it’s never been a problem, so there’s not much we can do about it. Customers have never complained about him, and he’s always done his job fairly well. Up until a few weeks ago, anyway–that’s when things started going missing. Employee theft can be a problem at any business that sells consumer goods, and there’s only one person working at a time at this gas station (it’s a pretty small place). About two weeks ago, my boss started noticing that we were short on motor oil. At first, it was a few containers at a time, then entire shelves and boxes from the back room. Pretty soon entire shipments would be gone the day after we got them, and it would always be right after Jeremy’s shifts. My boss has checked the security camera tapes from every single night he worked, but he could never catch him in the act. Jeremy would lock up at closing, then the motor oil would be gone the next day.

My boss usually takes the tapes home with him to try and catch Jeremy stealing, but his daughter had a softball game last night, so he asked me to watch the tape for him. He offered to pay me overtime, under-the-table, so obviously I took that offer. There are three cameras, so he gave me three different tapes to check. I figured it would be a long night, but I’m trying to save up for vacation, so I really needed the money. I took the tapes home, popped them in an old VCR and sat back.

Two days ago (the last time he worked), Jeremy started at 4 PM. Everything seemed pretty normal at first. He counted up his drawer, switched off with the girl who was working before him, and waited for a customer. The first person who came in was Mrs. Templeton (the timestamp on the video read 4:03), a regular. She picked up her cigarettes and a newspaper, and paid with a twenty. Nothing unusual there. The next customer was some local guy named Ron. He drives a motorcycle, usually comes in every few days. He filled up his tank, got a bag of beef jerky, paid with his credit card, and then left. Next was some guy with a cowboy hat. I’d never seen him before, but we get plenty of strangers passing through, just like at any gas station. He got forty dollars worth of diesel fuel, paid with a hundred dollar bill, and went on his way. I sat back and sighed. The only thing more boring than doing this job is watching someone else do it.

My boss’s offer was enough to keep me watching though, so I left the tape on. Everything seemed pretty normal. I had a feeling that if Jeremy was stealing motor oil, he knew we were suspicious of him by now. I didn’t expect him to be dumb enough to let us catch him on camera. Things stayed boring and routine until about five o’clock.

Phil Zona resides in New Jersey, but he left his mind in Pittsburgh, PA. He investigates car accidents by day and writes fiction by night. As a longtime nosleep contributor, he's constantly working on his craft, and hopes to strike fear in the hearts of his readers for years to come.