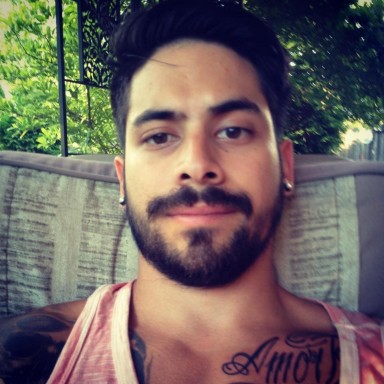 Commitment — either in relationships or life decisions — is a scary word for some people, and measures taken to combat the stigma attached to this word aren’t exactly supported by our surroundings. With emerging apps such as Tinder and reality television shows making the centuries old practice of courtship taboo, our society is encouraged to engage in one-night stands and the pursuit of a “no-strings attached” relationship filled with emotionless and frivolous sex. We are not aware of the detrimental effect this has on the youth because we’re all victims, and I myself can attest to this because I may be the biggest culprit. Nonetheless, I’ve begun to make myself aware, and in doing so, I’ve realized a few things about how we sabotage ourselves to remain commitment-free.

Some people may be happy living life with no commitments and no relationships, but I’m convinced those one night hook-ups are just temporary fixes. I don’t believe that anyone can truly be content with that lifestyle. Maybe you’re happy now, but each hook up will be less and less satisfying until you eventually realize how soulless and disassociated from humanity you’ve become. In regards to life changes, you often hear people when they say, “I’m stuck in a rut”, but what does that mean? Einstein describes insanity as “doing the same thing over and over again expecting a different result.” so instead of complaining about being stuck, do something about it.

Humans are a proud species, and we continuously strive for meaning and purpose for our own lives in such a capacity that it can be considered vain. They feel a benevolent being or force has created a single plan just for themselves as a reward for devotion, but that’s an argument for another time. We as human beings have a tendency to be selfish, entitled, and fall into pride — which isn’t always bad, but too much of it, will leave you falling back into the life you are trying to get away from.

Solution: Here’s the thing about being afraid to be wrong — how else will you ever be right? Scientists are wrong hundreds of times before they get something right, so why can’t you be? We’ll never stop learning, thus we can only grow by letting ourselves be vulnerable from time to time and picking our battles. Of course one must be careful, but you should still take risks and allow yourself to be vulnerable — even if you wind up being wrong about that person, at least you did your part.

2. The pursuit of “something better”

If you’re anything like most people I’ve met, you’re very competitive. Competition is natural for us because we’re animals and it’s part of our nature to be in competition with each other. We will always be on this life-long pursuit of “something better,” whether it’s by traveling, a new career path, a new significant other, or even a change in lifestyle.

Solution: You don’t always need to drop one thing in exchange for the other; you can travel with a significant other or you can change your lifestyle by pursuing a new career. Ultimately, commitments don’t have to be treated like trading cards. You may think there’s someone out there whose better than what you have but the same goes for them. That person chose you so don’t be an ass and drop them when you think you can “upgrade.”

We are creatures of habit, and we either crave what we can’t have or we create a checklist inspired by a combination of the media and the general public depicting the “perfect” relationship with the “perfect” person. We forget that Boy Meets World was only a television show, and the storyline between Cory and Topanga was created by multiple writers (if that reference went over your head you’re too young to be reading this anyway).

Solution: Checklists are for grocery shopping, not people, and we have to limit the effect of third party applications on our lives. To put it simply, if you like it, then do it! Commitment doesn’t have to be as daunting as we make it out to be. Don’t wait to find that person or thing that you think is “perfect” because it fits your criteria. (I’m sorry to say this, but chances are they don’t exist.)

Have you ever been shopping and seen something you really liked, but you didn’t buy it because of a subpar reason you gave yourself? Have you done this only to find yourself back at that store hours, days, or weeks later, buying or missing out on that exact same thing? That’s exactly what you’re doing when you say, “I have time, I’m only 20-something”.

Solution: Don’t put off committing to something or someone you feel strongly about because you’re too young, you’re not ready, or because someone told you to wait. Regret is something a lot of people experience every day and time is something you can’t ever get back, so why waste it because you told yourself that you had time? Time doesn’t wait for you, so don’t wait for it.

How many times have you heard someone say, “I feel stuck” or “I’m suffocating”? Well, I’ve heard so many variations of that sentiment, that it all means nothing to me. People tend to be over-dramatic and in western society, complaining is unequivocally the most prominent method of conversing. Complaining is like the Socratic method of elenchus for 20-somethings, and substance is far from present.

Solution: Don’t just complain about being trapped and go about your day like you normally would. Go out and change something, meet new people, and learn new things. Commit to something and stick it out, whether that’s dating someone new or taking a pottery course — it doesn’t matter — because you’re never trapped as much as you think you are.

6. Letting the past predict the future creates commitment issues

Everyone I know, including me, has self-prescribed anxiety and we all believe that there are deep-rooted issues that cause us to have commitment issues or which create the anxiety that causes us to end things before they begin. We all have experiences and the past is a significant factor in how we conduct ourselves in the present or future. Experiences work like shock therapy; you get burned enough times and you naturally become conditioned to stop doing it.

Solution: We all want to believe that the reason for our issues can be explained by a chemical imbalance we can’t control, but in reality, we’ve just been conditioned to sabotage our own relationships and life choices. The logic we use allows for no margin of error; for instance, if we get burned by enough tall girls the next tall girl that comes along doesn’t even get a chance because subconsciously we sabotage the potential relationship before it can even begin. Read that out loud to yourself, and tell yourself that doesn’t sound stupid… exactly. Don’t dwell on the past it’s there for a reason and that reason is to help you deal with your future.

Like many people, you probably think you have no time for any new commitments, and you’re just too busy to be bothered with taking time to genuinely connect with someone or some thing. You constantly tell yourself, “when I have more time,” you’ll do it — but deep down, you propbaly know that you will never have more time.

Solution: Can you be any more cliché? There is no such thing as “too busy”, and you’re an idiot. Do what every other smart person does and compartmentalize different aspects of your life. Not everything is related, and you shouldn’t treat them that way. The art of disassociation can be easy if you want it to be, just don’t blame problems in your life on unrelated things. It’s all about managing your time, and cutting out the negative things in your life. There are many ways to do this: make lists, schedules or calendars in order to help you organize your time efficiently.

Professional observer, Cyborg enthusiast, clueless student, and advocate of all things beard. I'm 23 and I have many ...