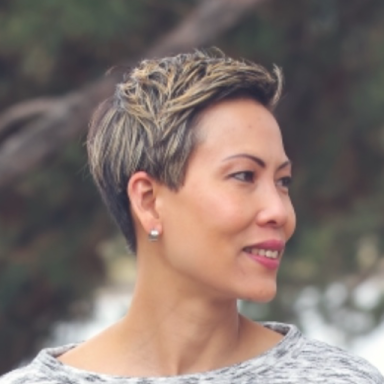 I used to think I don’t understand men. I used to think they’re sending me mixed signals. But after going on many first dates and reading a lot of books on relationships, I think I understand them much better now. Once I decided to step back and look at them with an open mind and no bias, they’re actually very easy to read. We women just make it more complicated because we choose not to see a reality. Women tend to stay in the fairytale land and try to ‘twist’ the fact their way. We come up with all the excuses to make it seem like men are into them. Well, what I’ve learned through all my experiences is that If a man is really interested in pursuing you, really like you, really want to build a relationship with you, he makes sure you know. He will do whatever it takes to let you know how he feels, no matter how shy he is. I am emphasizing on ‘really’ part. Men are pretty straightforward. They go for what they really want. They don’t ‘pretend’ to ‘not like’ something if they really do. So, if you feel like it’s just a ‘lukewarm’ interest from him, then that’s it, you don’t need to ask your friends, your neighbor or family what it means. You already know the answer. A tepid interest or mixed signals pretty much mean he’s probably interested, he likes talking to you, hanging out with you BUT not that much. It’s more like ‘good if I get it, ok if I don’t.’ Will you be ok with that? I don’t think so. It’ll never be enough to satisfy you, assuming that you’re looking for a real relationship.

Once I realized this fact, I find men are very straightforward. Those men already told me the real messages all along. I just didn’t pick up all those signs or I was in denial to really see it. All those mixed signals that I felt simply mean they’re not really into me. They probably like me and love going on a date with me, but it’s never enough to pursue a real relationship with me. I was killing myself trying to figure out ‘why’. I finally came to realize that it doesn’t matter ‘why’. The fact that they’re not putting enough effort into building a relationship with me speaks volume. I don’t even need the ‘why’ anymore because I know at least I was nice and pleasant to them. I didn’t do anything wrong. Sometimes people are just not compatible. And it doesn’t mean any of them are bad people. I have to look at the reverse side too. I’ve met many guys who were so interested in dating me. But somehow it didn’t click with me. I wasn’t interested in them. Why? Well, I have at least one reason for each of them. Most of them were great guys, but I just didn’t feel the chemistry or they’re lacking what I was looking for.

I’ve also learned to really listen to what men say. If he mentions that he’s not ready for a serious relationship, believe him. Men don’t lie about this kind of thing. And it’s not an invitation for you to prove him wrong. I know you’re special (of course you are) but you don’t have a magic power to change his mind. Again, it doesn’t matter ‘why’. The most important thing is you want someone who wants and chooses to be with you. If he doesn’t, then he’s not for you.

Another point to remember is that a guy is a ‘chaser’ in a relationship. It’s what he loves to do. So, don’t take it away from him. Don’t go after him all the time, show interest in him all the time, initiate all texts/calls all the time (side comment : if he never calls you, something is wrong. A guy can call only one person but he can text 10 people at once. That shows how important you are to him). It’s also not cool for you to come up with ideas to get together all the time. Once you take that role away from him, he’s bored. The relationship is not fun for him anymore.

Men also crave appreciation. It goes extra thousand miles if you show your appreciation to even little things he does for you. I do believe that most men have great intention coming into a dating game. At least they definitely like to see their women happy.

Once you understand that if he really likes you and is serious about you, it really shows, you’ll stop asking the question whether he likes you. You’ll know… even a complete stranger notices it. It shows like a tattoo on his forehead. You’ll stop decoding all messages to find a glimpse of his affection. You’ll stop waiting by your phone hoping to see his call/text pop up on your screen. You’ll stop daydreaming if he’s going to ask you out or when you’re going to see him again. Because if he really likes you and wants a relationship with you, all these feelings of uncertainty shouldn’t even cross your mind.

If you feel like you don’t get enough attention from him, well, stop making up excuses for his behavior. Trust me, it’s not that he’s ’too busy’ or having too much going on in his life, etc. Those are all lame excuses. Have you ever been too busy to go after what you ‘really’ want or are interested in? I don’t think so. Why would it be different for him? I think the hardest part for women to accept is the fact that a guy is not ‘that interested’ in them. So, they come up with all lame excuses to make them feel at least a bit better… to hang on to the hope that ‘maybe’ a guy is also into them. Maybe if they’re more of this or less of that, a guy would be more interested. That’s sad. Nothing, I repeat, NOTHING you do will change his mind. Learn to accept that not everyone is a match. It’s that simple.

Again, I have to say I don’t think most men are jerks. They’re not. They want love as much as women do. Women just have to be better at reading and understanding men. We could save a lot of heartbreaks and headaches if we really know and accept what men are like. Going into a relationship with a man is not that complicated. You just have to know what you really want. Once you know that you won’t entertain any silly game a guy plays with you. If you feel like you don’t know where you stand in a relationship, well, maybe it’s time for you to stop being stuck there and start walking… moving on to someone who makes you feel certain. You deserve to be in a great relationship with someone who gives you a comfort of certainty of his intention… someone who really appreciates you… the whole you.