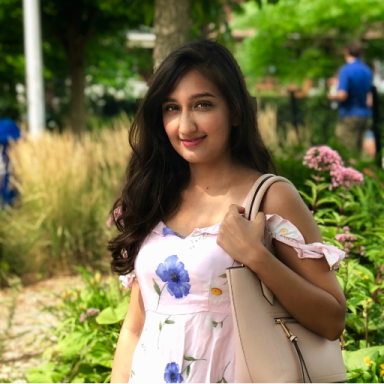 (March 21st to April 19th)
The feisty, sexy Ram lives for the thrill of the chase. There is nothing more attractive and desirable to an Aries than a challenge. The harder you get to play, the more likely they are to lust after you. The faster you run, the more likely they are to catch you. If he thinks that there are others competing for you, that’s even better. Chances are they fell out of love because you gave up the goodies too soon. Ignore them and if they come back, pretend you’re the trophy, and that you’re way out of their league. (even if you secretly know you’re not.)

(April 20th to May 21st)
It takes a lot for the reliable and trustworthy Taurus to lose interest. They are usually loyal and caring. Perhaps you did something unpredictable and shocking for them to fall out of love. Maybe you were too rebellious, freedom-loving or loud-mouthed. If this is what you are truly like, and not because of some deep-seated issues, then rock on! You don’t need this boring bull to drag you down. You are probably better off without them.

(May 22nd to June 21st)
The intellectual Gemini is driven by his curiosity and the need to explore the depths of your mind. They need to feel like they’re constantly exploring and discovering the fascinating mystery that you are. The reason they fell out of love with you is that you told them your deepest, darkest secrets on the first few dates, or perhaps you were just boring as f**ck. Next time, don’t tell them everything, or better yet, turn the tables and keep asking them questions. God knows, they love talking about themselves. If you want to get even, find out everything about them by getting as close as possible, and then suddenly leave.

(June 22nd to July 22nd)
Cancers never fall out of love, like never. They will remember you till the end of time. Almost every relationship of theirs is a rebound of the last one, and so on. If your Cancer seems to have fallen out of love, chances are that you’ve hurt them in some way. Cancers crawl into their crabby little shells at the slightest hint of rejection and take everything personally. If you want them back, apologize or write a sentimental love note. If you really hurt them deeply though, they might not give you a second chance.

(July 23rd to August 22nd)
The reason a Leo fell out of love with you is because you stopped providing for their insatiable need for sycophantic adoration. Leos need to be reminded that they are the greatest thing that’s ever happened to you, and how lucky you are to be with them, every single day of your entire life. If you want them to fall back in love with you, fall at the mighty cat’s feet, and pledge your undying loyalty. Even the king/queen of the jungle needs petting sometimes, even if it for the sake of their ego.

(August 23rd to September 22nd)
I’ll be honest about you with this one. You weren’t good enough for them, but you know what, no one ever will be. Immature Virgos seek perfection that doesn’t exist, because they don’t want to face the imperfections in themselves. They overanalyze every single thing you do, and nothing satisfies them. Even if you do manage to get them back, they will be nitpicky and overcritical. Babe, you may not believe this, but you are so enough. On the other hand, if theywere matured, then they probably gave you chances and you kept blowing them. In that case, you don’t deserve them.

(September 23rd to October 22nd)
This one likes his partner to be classy, artsy and graceful. Chances are they fell out of love, because you showed the ugly side of your nature. Remember, Libra likes everything to be beautiful and perfectly balanced. They can be naively idealistic and want their love lives to be that dreamy, fantastical place they can escape to, not escape from. So, if you’ve got a sailor mouth, love drama and fighting, loath arts and culture, and dress shabbily, they definitely fell out of love with you because of who you are. Change for them or don’t, your wish.

(October 23rd to November 22nd)
If a Scorpio fell out of love with you, it’s because you couldn’t meet their deathly eye glare or sustain the depths of their emotional intensity. Perhaps they got suspicious because they found a secret gift under your bed (which was actually a surprise for them, but they probably won’t believe you) Maybe you couldn’t commit to being their one and only everlasting soul mate on the first date. If the relationship ended badly, oh man, I’m scared for your future. Sweet revenge is coming babe, you better run and hide. The longer it is in the waiting, the worse it will be.

(November 23rd to December 21st)
If you’ve managed to make a Sagittarius fall in love with you, you are probably fun, charming and adventurous. There is only one reason they fell out of love with you, and that is because they felt pressurized for a commitment. If you just want to have a fling, pretend to be okay with a friends-with-benefits casual relationship (you can go crazy emotional on them after it’s over) If you’re looking for something serious and don’t want to be heartbroken, give them an ultimatum. If they’re done hoeing around, they’ll grow up and commit to you. If not, you could be saying a permanent healthy goodbye. Walk away with your dignity and self- respect intact.

(December 22nd to January 20th)
Capricorns are focused on their work, and you most likely impeded them from their tunnel-vision pursuit of professional success. Maybe you were too spiritual for their materialism. Perhaps you were too dreamy for their realism. They respect people who are as disciplined and ambitious as themselves, so if you’re a chill, laidback, go-with the-flow type, they probably got tired of spotting patterns in clouds with you. If they fell out of love, their cold hearts have probably forgotten you. I know it’s hard, but move on, and find someone who values the heart more than the head.

(January 21st to February 18th)
If an Aquarius has fallen out of love with you, you will never hear from them again. When a relationship ends with an Aquarius, there are no heated arguments or fireworks. They just turn cold as a freezer. Did they ghost you and disappear into thin air? Stop looking for closure, because you aren’t going to get any. Aquarians are awfully scared of their emotions, so it’s most likely that you were clingy and crazy. These air signs have the unique ability to cut off from their feelings, and intellectualize them. If you want to get them back, don’t emotionally manipulate them. Appeal to their rational sense and logically talk it out.

(February 19th to March 20th)
Pisces will fall out of love with you if you bring them back to hard, crushing reality. These gentle signs prefer to avoid uncomfortable and confrontational situations. Perhaps you were too harsh and rough with their sensitive natures, and they retreated into their world. Pisces are elusive, and once they’re out of your grasp, you’ll have a hard time catching these slippery fish again. If you want them back, appeal to their romantic side. Provide a soft and safe sanctuary for them to come back to, and you just might manage to lure them in again.

Lover of personal growth and poetry

Falling Out Of Love Heartbreak Love and Zodiac

What Leo Should Expect In September 2021 (Horoscope)

What Pisces Should Expect In September 2021 (Horoscope)