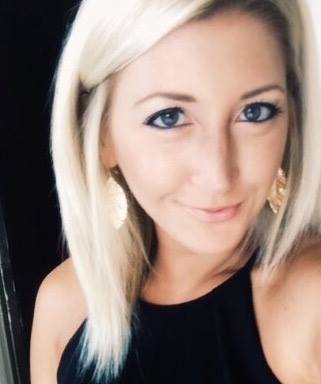 By Nicole Mak Updated January 25, 2022
A special thank you to Brittany and Kristi for the article inspiration, Anna for panel recruitment and research assistance, and to the panel of experts for contributing.

As single millennials, the “Should I text him first?” inevitably pops up in my friend group chats from time to time, followed by thorough deliberation. This time, I went straight to the source for the answers to what, if anything, is appealing about “the chase” when it comes to texting, what the game is about, and how to play. Five guys, ages 20 – 30, opened up about what goes through their minds before they hit send.

Our panel of eligible male millennials: (Names have been changed.)

Let’s cut to the chase – pun intended. Four out of five of the guys said yes, there are rules to texting. According to Cameron, 23, the golden rules are to mind your grammar and abide by “three strikes you’re out” if he’s not responding: “Always use complete sentences and never send more than three unanswered texts.”

Ben, 27, thinks it goes beyond whether or not you send those monkey emojis: “I definitely think there are unwritten rules to texting. A lot of these rules are generated by society and pop culture, and dictate how we converse with one another. I think these rules are also reflective of the relationship you have with someone. The frequency and type of text definitely differs between friends, work associates, girlfriends/boyfriends, best friends, crushes, siblings, parents, etc.

Ultimately, I think there is a general set of baseline rules that most people follow – like being polite, funny, respectful – and then the rest just falls into personal expectations.”

2. What is appealing about someone being “hard to get”?

There was a clear divide here. Two out of three of the 20 – 23 year olds said there is nothing appealing about someone being “hard to get.” David, 20, clarifies, “It makes them seem conceited and uninterested.” Nate, 30, weighs in with the younger crowd on this one, stating that “nothing” is appealing about a girl who is “hard to get.” He advocates the “straight to the point” approach: “I am always one who is aggressive and goes after what I want. You know pretty quickly if someone is into you or if you are into them. Whether it’s via text, at a bar or Steak ‘n Shake, “hard to get” is a thing of the past. I have noticed over past 3-4 years even females have been more aggressive in pursuit.”

On the other side, Braden, 20, says, “It makes them seem desirable; if lots of people want someone, then that person probably has something good about them.”

Ben, 27, sheds more light on the appeal: “[It’s] the old adage of nothing easy is worthwhile. I think everyone can agree that the more time and effort you put into someone, the more interested you are. But being hard to get is definitely a game and

I think it totally depends on the type of person you are. Each individual has a different threshold of “hard to get” that they are willing to tolerate. When you’re texting someone that you like and they are hard to get, it’s nauseating, exciting, and thrilling, waiting for someone to respond – the fact that it’s new and unknown is exciting. The anticipation and re-reading of texts can drive you mad but it’s that pain and agony that makes it so much better when they respond.”

According to Braden, 20, “more than once a day is too often,” while Cameron, 23, says texting “just to say hey” is “always fine.” Nate, 30, agrees that the text conversation should be “open-ended to keep the conversation flowing.”

Ben, 27, wants a more creative conversation starter. “If you are actively pursuing someone, you better come up with something better than ‘hey’ or you will lose their interest,” he cautions. But don’t underestimate the guy’s ability to play hard to get: “However, if I know someone is interested in me, and maybe I’m playing hard to get, just saying ‘hey’ after a lull in conversation can let them know that I’m still interested, but still give me the control.”

4. Is it a turnoff if a girl is always the one to text you first?

We have a consensus here – everyone answered no. Nate, 30, explains, “It’s 2016; Chivalry isn’t dead, but her texting first is kind of a turn-on, actually. It shows interest.” Ben agrees, adding that, “It shows that she knows what she wants. If I’m not interested, it’s not a turn-off, but it does become annoying if they continually

text you first when you don’t show interest.”

5. Are there “weekend” texts and “weekday” texts?

No surprises here – Weekday texts are more conversational, and are meant to serve as distractions while at work. They are also sober texts (usually). Weekend texts tend to get more flirtatious, and the senders are more likely to have a drink in the other hand (you don’t say).

Ben, 27, cautions the tipsy texters: “Once you start drinking, you start texting less with your brain and more with your emotions, which can lead to a disaster the drunker that you get.”

When asked the difference between a “weekday” text and a “weekend” text, Nate, 30, says that there isn’t one – “unless it is after midnight and the bars are closing.” I feel compelled here to remind everyone of the Jersey Shore wisdom of “Nothing good happens after 2:00 A.M.” (unless you’re at Steak ’n Shake – and Nate will be there with chivalry and cheese fries).

6. Is there a reason or strategy behind your texting habits? 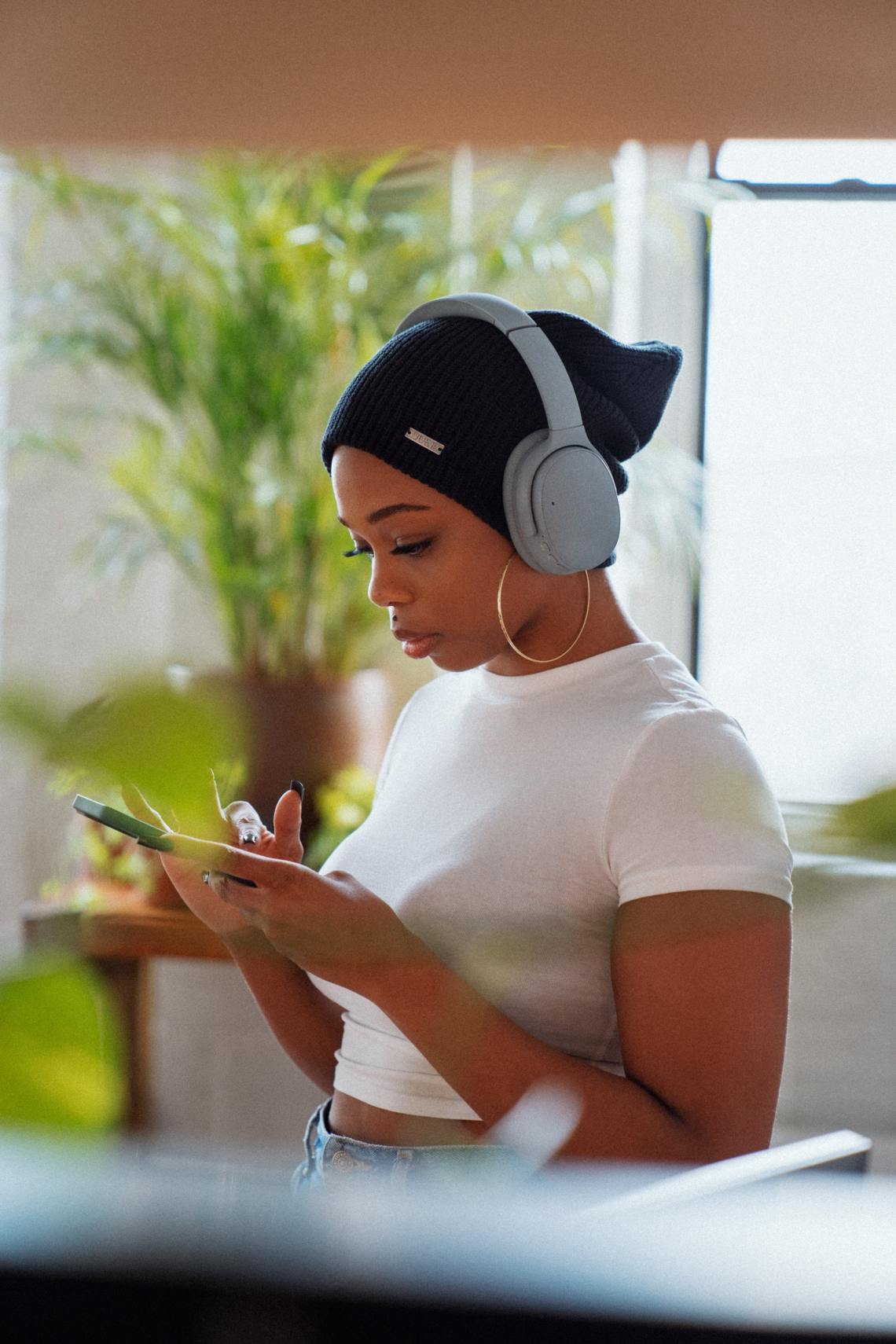 Maybe the “bad texter” isn’t always a myth. Some guys generally don’t like texting as a whole. David, 20, dislikes communicating through texts “because of the inability to convey emotions properly through words.” Nate, 30, would also opt out: “I am more of a phone caller, [it] shows more intimacy.”

Unfortunately, the fear that the guy’s inbox is full of conversations with other girls may be a valid concern. That is, at least, if you’re talking to Braden, 20: “I treat it like a game where I try to talk to as many people as possible at the same time.”

Ben, 27, is our breath of fresh air. “I’m not one for games,” he says, “and the older I get, the less and less I play them. But I do think it is important to not come off as desperate or clingy when first meeting someone, because you don’t want to spook them.” When can you expect a non-strategized text from him? “After 2 – 3 dates, I usually stop worrying about the time or frequency of my texts as strategic, because I feel that I have a read on them and whether or not we like each other.”

7. What is your favorite text to get from a girl?

I’ll let the guys speak for themselves here.

David: I dislike all texts equally.

Ben: I think that depends on the girl; for example, I loved getting “hey there stranger” from my first serious girlfriend who I took to prom. The words didn’t necessarily mean anything, but between us it was an inside joke or something we always said to each other. So I think the best/favorite text to get from a girl is where they reference an inside joke; it shows they care without actually saying the words, and it’s unique to your relationship.

Cameron: Anything that means they were thinking of me (e.g. miss you/ something reminded them of me) and compliments.

8. When was the last time you “ghosted” a girl and why?

For questioning readers, I’ll save you the Google search: “Ghosting” is when someone you’re “dating” or “talking to” or “seeing” (#Dating in 2016 problems) ends the “relationship” by ending all communication without explanation or warning.

Interestingly, the 20 – 23 year olds weren’t as familiar with the term. David, however, appears well-versed in it. When asked when the last time he “ghosted” a girl was, he replied, “This week, I didn’t want to talk to her.” Fair enough.

However, sometimes ghosting is the simple solution to an online dating match gone bad. Ben, 27, last ghosted a girl after a first [Tinder] date. “She had a lot of baggage,” he explains, “and brought up that she recently broke up with a boyfriend she had been dating for several years… She was not ready to date – and that was what I was looking for.”

Nate last ghosted a girl last year: “She said she was a Cubs fan.”

9. Have you ever waited a day or longer to respond to a text? If yes, why?

Most of the panelists said yes, by accident – or yes, to not come off as eager. Nate, however, knows better than to wait too long to reply to your text: “You won’t find yourself anywhere but the doghouse if you don’t text back within a few hours.”

The takeaway? To summarize the findings, here is the most important graph. Send the text. Keep it thoughtful – If you were thinking about him, let him know. Mind your autocorrect, don’t spam him, and be your witty self – even if that calls for emojis (personal opinion). Happy texting.

“[about a serial killer] He sure likes his blondes. Not a good date, though—too stabby.” — Simon Mirren on Criminal Minds

Nicole's RSVP to your social event is dependent on whether or not her dog can come with.