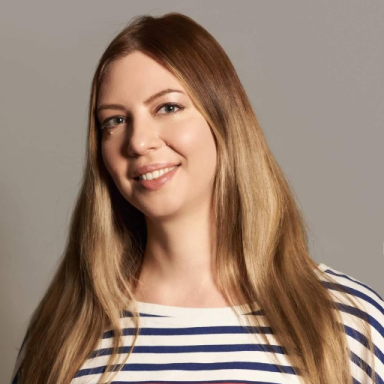 Statistically, about 40% of couples get divorced due to infidelity, wherein roughly 50% of unfaithful partners are still married after an affair is exposed.

And if we consider that infidelity happens even in good marriages and open relationships, and this does not save you from divorce, then the questions arise. Why can’t even a good marriage recover from infidelity? And is it even worth staying together? Or would it be better to walk away?

After all, lots of spouses try to restore the relationship. They arrange a second honeymoon, buy gifts, and try to be loving, careful, and considerate to compensate for what they have lost—and have no idea why it doesn’t work. Yet, there is a reason.

When it comes to long-term relationships, good equals average. In other words, in marriage (as in many different areas of life), “good” connotes the standard, usual, just satisfactory result instead of the excellent one.

And what is “average”? It’s something mediocre. This does not mean that being in a successful marriage is bad. But when it comes to marriage, “good” should be just average, as a kind of default setting.

The mediocrity trap is the following:

Mediocrity only requires minimum effort, even that it is quickly depleted. And what is essential in all this?

The first wish of couples whose relationship was shaken by cheating is “for things to be like before.” They want everything to return to normal, before infidelity was discovered or revealed.

But what does it mean? It sounds as if they would prefer to go back to the old script and ignore all of the same warning signs. In general, they will create the same marriage they already had, which led to a disappointing outcome. So it is unsurprising that so many marriages end in divorce.

Cheating is like an earthquake. If you just restore a destroyed building, then it will be exactly as vulnerable as before. If you want to feel safe in your new home, you will have to make it more durable.

The same is true in marriage. It is not enough to forgive, reconcile, and restore relationships. Those are just the first steps. The next essential step, which many do not take, is affair recovery. It is necessary to rebuild the marriage and create a relationship that is immune to infidelity.

Therefore, if your union has experienced betrayal, but you still are not sure you’re ready to end your marriage, first consider the following:

After cheating, marriage will never be the same. However, this is not bad news if you can abandon your illusions of the ” wonderful” relationship you had and put that idea out of your head that you’re not capable of having a more passionate, loving, open, and honest relationship.

Leave If You Need To, Stay If You Can

Cheating destroys the agreement but also makes it possible to enter into a new one. It is like a turn in the road, not a dead end. Sometimes, it results in finding a better route, but you will need strength, courage, and wisdom.

A couple who stayed together after cheating should be ready to work on a better marriage model. They need relationship skills and strategies that help maintain the “good” that never stops growing and developing.

Thus, it is possible to save the marriage, provided that you do not get stuck being a victim and can start all over again. Here are several conditions for restoring the relationship and taking it to the next level. It’s up to you to decide if you are ready to take these steps.

Now it is essential to analyze your union through shared values ​​and the mutual desire to stay together.

Although there is no single reason for cheating, the deceived spouse should not communicate from a position of their purity. We have to admit that each partner will have to reconsider their behavior. Infidelity is always a symptom of a relationship breakdown, even if we didn’t notice it promptly.

Talking through problems and analyzing whether the marriage is worth saving doesn’t imply focusing on your pain and wallowing in self-pity. Such an approach leads nowhere. The goal is to understand the situation, learn a lesson from it, and never return to it, regardless of whether you decide to stay together or get a divorce.

Sleepless nights, self-justification, and a desire for revenge are unproductive. The conversation can be considered successful if, in the end, the partners experience at least some relief.

Get Help Through Couples Therapy

Working with a specialist allows spouses to have a fresh take on marriage. Family therapy helps the partners to get out of a dialogue that runs the risk of escalating into settling personal scores.

The counseling creates a safe space where everyone can be sure they will be heard, and their words are taken into account. This process is designed to encourage the partners to challenge themselves to make changes by dealing with their issues directly instead of acting them out through passive aggression.

With the guidance of a professional, the spouses try to shift how they respond to each other, learn empathy, and thus, become closer.

As the spouses rebuild their relationship, it’s crucial to spend more time together but avoid new quarrels. For example, instead of going to a restaurant, it is better to go to the cinema or walk and get new experiences together, focusing on the world around you.

It is also important to bring intimacy and daily connection that has become weakened back into your life. At the same time, it is better to refrain from talking about the family crisis in your circle. These issues concern only spouses, not their friends, and certainly not children.

The worst thing is when parents involve children in their conflict, making them take sides. In most cases, kids realize that something is wrong, but details are unnecessary, at least before filing for divorce. It is enough to tell them something like: “We had some problems, but now they are over. Now we’ll be going out more often on weekends.”

Finally, remember that both partners are suffering. There is no “monster” or an innocent victim; there are two adults going through tough times. Otherwise, you would not be interested in saving the marriage but preparing for divorce as quickly as possible.

There Are Just The Two Of You, Not Three

“Do you think he/she is prettier/smarter/sexier than me? When did you kiss for the first time? How did this all get started?” The deceived person is often tempted to ask questions about someone with whom their partner had relations.

If you want to show self-respect and still try to save the marriage, you should resist this temptation by all means. The spouses should also avoid the sick pleasure of flaunting the details of the affair. It’s like opening Pandora’s box—one fact turns into all these other destructive details, and there is no end. The other man or woman becomes a ghost, always standing between the spouses.

Resist The Temptation To Spy On Your Spouse

To save the marriage, it is vital to regaining mutual trust, though it is very challenging. Mobile phones and computers provoke us to spy on the cheater, and there is nothing worse than that.

The controlled person quickly begins to feel suffocated in the relationship, and the “controller” will never see something that can calm them down. In such a case, suspicions turn out to be intolerable and toxic.

Note that time flows differently for partners. Anyone who cheated, but has already ended their affair, is likely to perceive a situation as the past. This adventure is over for them. In turn, the deceived partner usually feels pain for a longer period and needs more time to cope with betrayal emotionally.

I'm a certified life transformation coach and a freelance writer.

Not Even Your Forever Person Can Save You

The Secret To A Healthy Heart Lies In A Healthy Marriage

Getting Married Late Is Better Than Marrying The Wrong Person Early