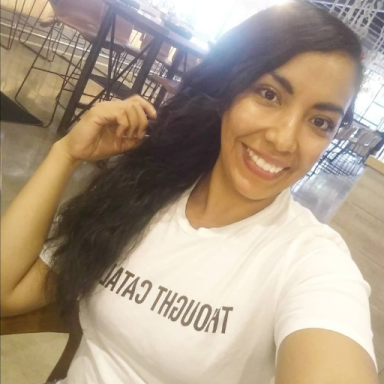 A lot of conversations with my girlfriends are about dating and how much they hate dating.

A friend asked me the other day how my dating life was going.

She gave me that confused look and said: Why? How do you do it? What do you mean?

To me dating like a man means that I keep my options open and date several men until the right one comes along, and for the ones I meet that don’t work out, I simply move on. I don’t put all my eggs in one basket and I will not commit to a man, unless feelings are mutual, and he wants the same thing I want. It’s pretty simple.

Dating like a man does not mean that you have to act manly or to try to be a man. That is not what I mean at all.

For us women we tend to fantasize on what it could be. We meet a handsome, charming man that makes us feel good and right away we start to plan for the future, we think he could be the one and when things don’t go as planned and he disappears, women are left depressed, hopeless, sad and frustrated.

I honestly believe all women would benefit greatly if they learned how to date like men do. I know at this point some of you are probably rolling your eyes at me thinking, but men don’t know what they want, or men are this and that.

But hear me out, the truth is that men have a lot of different thoughts and standards than we do when it comes to dating and finding a potential partner.

Here are 10 ways to successfully date like a man to land the man you want.

Some women go into the dating world with the idea that right off the bat, they will find a meaningful and long-term relationship. Men, however, do just the opposite, they see dating as casual and fun. As women, we need to keep an open mind when we go on dates. Stop overthinking and analyzing if he could be the one, instead have a good time and hope for the absolute best. If it works out, good, if not, that’s okay too.

Far too often, when a girl finds a guy she really likes she stops dating around and only focuses on the one guy. This can lead you to Hurts-ville. Keep in mind that when you’re dating, you are not tied to anyone. You don’t need to stick to just one man, especially if he has shown no signs of wanting to be exclusive with you. Keep your options open, date around and don’t be afraid to test the waters numerous times. When you date around you will be able to determine what you really want and need out of a man. At the same time, you’re also increasing your chances of finding the man that is right for you.

You rarely run into a man who wants or is willing to chase a woman. Real men don’t chase, if he really wants you, he’ll pursue you (yes, there’s a huge difference between chasing and pursuing). When you meet a man that isn’t interested in you, let him go. There’s no point in chasing him all around to get him to like or want you. Chasing after a man only makes you seem desperate, and that is not attractive at all.

Men don’t like drama, and they will avoid it at all costs. If a man senses that you are a drama queen, he will run in the opposite direction as fast as he can. Drama and the dating world don’t go well together. Drama isn’t attractive, nor does it pave a good path for successful dating. Avoid drama at all costs, if you want to attract a good man.

Keep in mind that you will have failed dates, it’s part of the dating process, but a failed date shouldn’t have you down for weeks and a failed date does not mean it’s the end of the world. Approach the dating world with a positive outlook but know that things will not always work out in your favor. Keep a light heart and don’t expect to fall in love with every man that you meet. Staying lighthearted keeps dating fun and enjoyable, which is the whole purpose of dating. Don’t invest your heart until you know that your feelings are being reciprocated.

6. Know what you want

This will be a shocker for many women, but men actually do know what they want. When a man is dating, he has a mental checklist of “must haves” in a woman, from the looks to the personality, he knows what he wants and does not want. Women should have this mental checklist as well, once you know what kind of man you want, you will not waste your time with men that can’t meet the bar. When you go on dates, you should know right away if that man is worth holding or folding. Keep a clear list of what you want and need in a man and work with it. Don’t keep a man around if he isn’t what you want.

Many women have the mentality that by certain age, she must be married, have kids and a family and what not. And when they reach a certain age and don’t have a ring on their finger, they start to freak out. This is when women want to go full throttle, wanting it all (relationship and title) overnight. Slow down. Men are the same exact opposite; most men aren’t ready for serious relationships until they’ve figured out what they want to do with their life. Most men are still in the process of finding out their career path and where they want to go. Most men will not commit until they are ready. Most men won’t commit until they are sure whether they want you or not. When you get out in the dating world, forget about the imaginary time clock you have in your head. Do not rush, get to know the man, let the process happen naturally. Take things slow and take your time to really get to know the men that you are dating. Trust me, the world will keep spinning around whether you have a man or not.

Dating is about getting to know men. Dating is about exploring and discovering if you can find a man that has the potential to be your partner. If you feel like a man that you are dating is not that into you or he isn’t giving you the attention that you want, then cut him loose. Don’t waste your time trying to prove to a man how good of a woman you are, don’t try to force a man to like you. If things don’t flow naturally, it’s because it’s not meant to be.

Men are very private about their personal business, they keep a lot of things to themselves. Men are wired to not show weakness, men are wired to only show strength, they keep most of their emotions to themselves. Women on the other hand, we don’t hold things in. It’s okay to vent from time to time. But we need to learn to tone this tendency down. Make sure to keep your life as private as possible, not everyone needs to know your every move. Remember a private life is a happy life.

Men love to be free and do whatever they please. You should do the same. Never make a man the center of your world. Never make dating a TOP priority. Men love doing their own thing, and they love a woman who does her own thing even more. Instead of worrying why he isn’t calling, texting or making plans for a date. Go hang out with your friends, go out dancing, have drinks after work, or go the spa. Having a life of your own will make you even more attractive to men. An independent, busy woman is an intriguing woman.

Now you’ve been armed with these tips and you should be feeling more confident about getting out there in the dating world.

So, get out there, have fun and date like a man.

I express my thoughts and emotions through words.