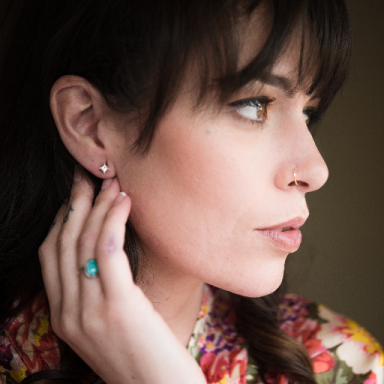 Leather Face, Norman Bates, and Buffalo Bill; three of the most horrific Monsters ever to be brought to life are all based off one single man – Ed Gein.

Ed Gein was an oddball turned madman, who is known as a sadistic grave robber who dug up corpses to fulfill a sick obsession. His house of horrors was found filled with rotting human parts; belts fashioned out of women’s nipples, a top made from a torso with breasts still attached and the skin from female legs sewn into leggings. Gein also used the skin from female faces for masks, with hair still attached and freshly painted lips. Still darker, his decor matched his style; lampshades and chair covers made of flesh, human skulls for bowls and decapitated heads as mounted trophies. The Creep List goes so deep it’s hard to accept it wasn’t written purely for fiction.

The horrific scene that was discovered many years ago has since been recreated in pop-culture, however, here a few slightly unknown facts about possibly the most unusual and perverted psychopath.

Gein’s father was a weak man and an alcoholic who died when Ed was a young boy, leaving only Ed’s mother, Augusta and older brother Henry. Augusta was a rigid woman who isolated her boys by allowing them to go nowhere other than school. Ed and Henry were not permitted to have friends, and Augusta inserted her belief that women were nothing more than painted harlots. It was that belief that created Ed’s disgust regarding any female other than his mother.

Bates Motel did an excellent job portraying the sick relationship between mother and son, yet Ed Gein’s obsession with his mother Augusta went even further. Ed would carefully select corpses by browsing the obituaries and seeking middle age women, displaying an eerie resemblance to his deceased mother. What’s more, when his chilling house was finally discovered, the rooms of Augusta were found tightly sealed and completely untouched – her shoes sitting perfectly in her closet and her sweater still effortlessly draped over her chair.

Ed Gein experienced his first ejaculation when he snuck into the slaughterhouse of his childhood farm and secretly watching his mother slaughter a pig. With the animal hanging from the rafters, Augusta viciously slaughtered it, causing Ed to feel something he had never felt before – an orgasm. Experiencing a sexual sensation in such unusual circumstances confused Ed. Relating his mother and her cruelty to his sexuality, most likely carried over to his twisted adulthood.

Ed Was Allegedly a Virgin

Ed claimed he never had a sexual experience with a man or women and he insisted he never sexually assaulted the corpses, he explained the smell was too overwhelming. It is unclear if he later lost his virginity in a mental institution he was committed to.

Slayer, Blind Melon, and countless other bands have ballads inspired by Ed Gein. Along with Psycho, Texas Chainsaw, and Silence Of The Lambs, Ed Gein has inspired characters from such stories as; Deranged, American Horror Story, and House Of 1000 Corpses.

The Headstone Of Ed

Ed Gein’s original headstone was stolen, the thief declared it was stolen out of respect for those visiting the graves of their loved ones because people attempting to grieve were often disrupted by individuals defacing Gein’s headstone. A second headstone was supposedly made and taken as well and is said to be cursed. It resides in a collectibles store where visitors may touch it, although many don’t dare.

Would I rub my hands across Ed Gein’s headstone? Absolutely I would! There are countless podcast episodes and old documentaries available, yet the details are all the same – Ed was a twisted man, however, undoubtedly broken and wildly interesting.

I'm not superstitious, but I am a little stitious.