By Mélanie Berliet Updated March 21, 2022
Each of us gets to decide what we believe in. Or do we? Sometimes the pull of a cult, religious movement, or even a single person is too intoxicating to resist. We’ve partnered with Hulu’s Original Series “The Path”, whose Season 2 is streaming now on Hulu, to bring you this insider’s account of what it’s like to become a member of an actual cult and ultimately extract yourself from its grasp. 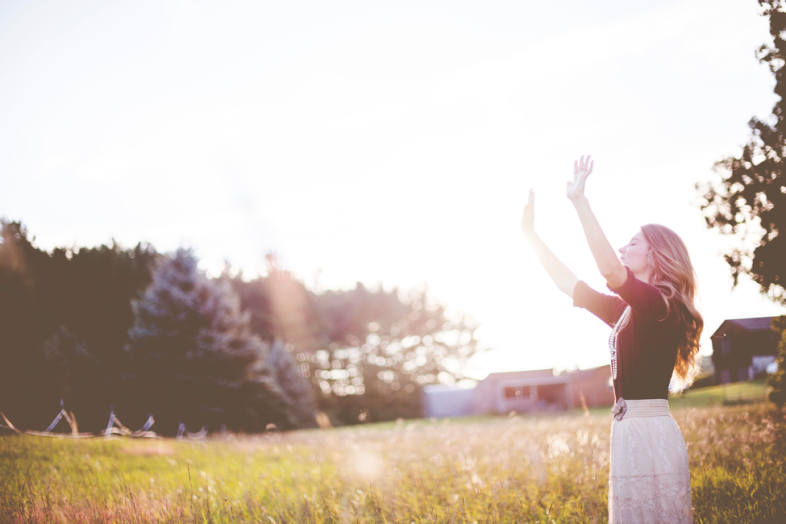 Thought Catalog: How long were you a cult member, and what was the organization like?

Anonymous: I was brainwashed for a little under a decade. It was a small but fervent, insular organization led by a very charismatic, psychologically imbalanced “prophet.” His message was simple, but convincing: That our only responsibility was to love each other and the rest would fall into place. Not a difficult mantra to embrace! Contact with the outside world was prohibited, but once I was fully indoctrinated I wasn’t even interested in the outside world. I wanted to stay pure and radiate love like my brothers and sisters.

At what point in life were you introduced to the cult?

I met the cult recruiter at 16, shortly after running away from home—from the Midwestern town where I’d grown up all the way to San Francisco. Looking back, I see that I was in a vulnerable, transitional state. I know now that that’s what cult recruiters look for—they prey on people who’re displaced, or seeking answers in life. At the time, though, I was an over-confident teen who thought she could take on the world all by herself. I thought I knew exactly what I was doing, but really I was lost as hell.

How did the recruiter first approach you?

With food! I was wandering the streets with my giant backpack and I’m sure I looked as starved as I was. He approached me with such warmth and casually offered me a hot meal at the diner down the street. I nodded yes before he even told me his name. It seemed perfectly safe— a warm meal in a well-lit, public place. Believe me, I needed it.

What did you guys talk about during that initial encounter?

Regular stuff, really. He definitely didn’t mention the organization or anything about it that first night. He asked me harmless questions: Where are you from? Why did you leave? What’s your favorite movie? What type of music do you listen to? That kind of thing. I think he was collecting as much information as possible and trying to build trust without setting off any alarms.

How did things go from that point forth?

When we hugged good-bye the first night, he told me he’d be in the area again the next day around noon if I wanted to have lunch. He really hooked me with hunger to start. After a week or so of free meals, once we’d developed a rapport, he started telling me more about himself and his way of life.

What sort of things did he reveal? And what was your reaction?

He just casually started telling me about all his “close friends,” emphasizing how important they were to him. Sounds sweet, right? I thought he was just the most caring, generous person I’d ever encountered and I felt lucky I’d met him.

At what point did you learn about the organization he was part of?

About a month into our regular meet-ups, he invited me to hang out with him and his friends for the weekend. I said yes because I really trusted the guy. That weekend, I learned that he and his friends all lived together in a compound about a two-hour drive outside the city, and that they worshipped a prophet who claimed to have an ongoing direct dialogue with several higher powers. As I say this, it all sounds bizarre and tough to digest. But in the moment, it didn’t. I swear! What I saw was a group of compassionate, peaceful young adults living in harmony. At a time when I lacked any sense of place or purpose, they welcomed me into their community with open arms.

How did they get you to stick around?

That first weekend was amazing. I was well fed and given fresh clothes to wear. They really coddled me. I felt so loved, as if I was in the company of people who understood me and accepted me just as I was. They also gave me answers to questions I didn’t even realize I’d been asking. Questions about how I wanted to live my life, and what everything meant, you know? The cult had a strict set of rules, of course—about everything from what time you had to wake up to how many hours you had to work and exactly what to say during prayer time—but I liked that sense of order. I took to it because I was desperate to latch onto some kind of identity—I needed something to live for. The prophet and his disciples, as the rest of us were called, gave me that. Plus, I was led to believe that I was unlovable to outsiders—that I was too complicated for anyone but fellow disciples to understand because I’d been chosen. Lucky me!

At what point did you develop misgivings about the cult?

One morning I woke up aching for my parents. I hadn’t spoken to them in years because the organization mandated that its members abandon all elements of their former lives. Only by cutting ties to your former self, they said, could you be reborn. But I couldn’t shake this sudden, acute feeling of missing my mom and dad, and I realized how strange it was that I wasn’t allowed to even reach out to them.

How did you finally manage to extricate yourself from the group?

It was a really long, difficult process. Because by the time I decided that I wanted to leave the compound, it had become my entire world. My way of life. The only way I knew how to see the world. Still, I needed to see my parents. The fact that literally all the elders refused my repeated requests only made me more resolute. I finally escaped in the middle of the night. I didn’t bring any of my possessions with me, but I barely had any anyway. I just took myself, and I ran until I hit a road. And then I ran some more until I saw the glow of a lamp outside a house and knocked on the door. The family that lived there let me call the police because I couldn’t remember my parents’ phone number.

What was it like to reenter the world after spending so long within the cult?

I was terrified! Suddenly, nothing made sense anymore. And I had nothing—no friends, no home, no job, and no routine. I couldn’t tell you what was “wrong” or “right,” let alone what I believed in. I became that same lost teenager all over again. But something in my heart told me I’d made the right choice. And when my parents flew out to California and hugged me for the first time in way too long, I remembered what home really feels like. For the first time in over a decade, I felt truly safe again.

What are your sentiments towards the cult today?

For a long time I was angry because they stole such a large chunk of my young life. But the thing is that I remember a lot of the other members fondly. They were my makeshift family for a long time, and we had good times. I also feel lucky because I was never physically abused or forced to make animal sacrifices or any of that. I had to pray and chant and worship a human idol and live by a stringent set of rules, some of which made no sense (for instance, we were forbidden from bathing after nightfall), but I’ve heard of far worse.

I was manipulated psychologically, but the important thing is that I never lost myself entirely. Sure, my sense of self was buried beneath all the crap I was being fed for a long time, but I got out. I am so, so, so, grateful that I escaped and that I still have years left to carve out my own identity and my own worldview apart from all the craziness. I’m studying to be a social worker now because I want to help runaway teenagers find their way. So, in some ironic sense, my experience in the cult ultimately led me to my true purpose. Funny how that works, right?

Season 2 of The Path is Now Streaming on Hulu. New Episodes Wednesdays.