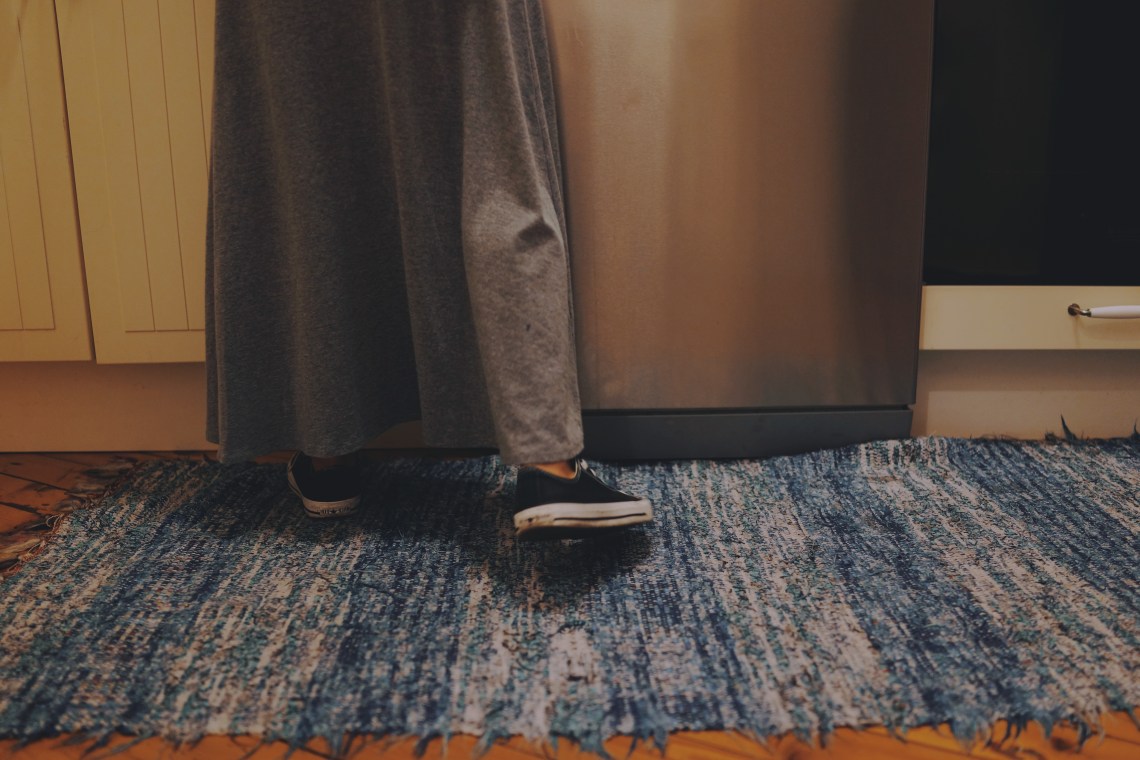 About three years ago, my boyfriend was already in the process of moving when my landlord decided to kick me out (she found out I’d spent a couple thousand dollars to renovate the apartment she technically owned, all without her permission). On the upside of eviction, I saw a positive sign: The universe wants me to live with my boyfriend—in a place furnished with dimmers and proper faucets so I won’t have to hire an unlicensed electrician and plumber to install them. My boyfriend agreed.

Some might call this “sliding” rather than deciding to cohabit. But even after living alone for ten years, I didn’t feel compelled to spend hours weighing the pros and cons of moving in together. If anything, since my divorcé of a boyfriend had already gone down the traditional relationship path, I was excited to “live in sin.” It was something new for both of us. I didn’t view it as all that serious, let alone some giant leap towards engagement.

To me, shacking up provided the perfect chance to spend more time with the person who makes me sickeningly happy. An opportunity to hang my entire wardrobe alongside his, to share an electric toothbrush, and to take turns inscribing silly messages to each other on our foggy bathroom mirror. I didn’t bother analyzing the situation beyond these hypothetical perks.

That is, until the day I found myself sobbing in the kitchen over a serving utensil.

A few weeks past our move-in date, I made the pilgrimage to Bed Bath & Beyond for some cooking essentials. Drunk with love and delighted to cross so many things off an endless list of Shit to Buy for the Apartment, neither my heavy purchases nor the rainy weather could bring me down as I walked home.

Before unpacking, I texted my boyfriend: “Wait til you see all the stuff I got for us at BB&B! #bestgirlfriendever.”

But when he arrived home from work, I sensed a lack of enthusiasm for my display of new goods.

“What’s the matter?” I asked, assuming he’d had a bad day.

“Nothing,” he said. “Except that all this stuff needs to go back.” Then, with one impossibly hurtful wave of the hand, he continued, “That’s the ladle you chose?”

Shocked to tears, I wanted to scream: I saved you from an annoying shopping excursion, and this is how you repay me? I trudged through the rain for you! I traded Soho for the fucking Financial District for you!

Instead, I continued to cry while placing my purchases back in the giant plastic bags.

Mostly, I was upset at the sudden reality check: being judged for picking the wrong ladle was now something that could happen. In that moment, I realized I’d lost something precious without anticipating it: complete independence. Never before had I needed to discuss every last detail of my life, down to which ladle I used, with anyone. The idea of doing so on an ongoing basis seemed overwhelming. Was I ready for this? Should I have thought it all through a bit more?

No match for waterworks, my boyfriend stopped me mid-pack to apologize. “I was hoping to buy all the stuff for the house together,” he explained.

His confession melted my fears. Yes, I would have to run most household decisions by someone else from now on—but only because that someone wanted to build a home with me.

That tearjerker of a serving spoon finally got me to do some thinking, though not the kind I could have foreseen. While we’ve made it the norm—just another step in a serious relationship—cohabitation is a very big deal. It’s always a gamble, because you can’t predict what it’ll be like to merge your life, down to the smallest quirks and habits, with another person’s.

There are plenty of precautionary cohabitation surveys out there warning people about what can go wrong. But in an era in which so many couples are moving in together before marriage, it’s important to consider that the most telling questions aren’t just, “Have you discussed finances?” or “Do you have similar sleeping patterns?” but also “Do you like the same ladles?” and “Have you considered that your existence will be melded with another human’s from now on?”

I Hated College (And That’s Okay)