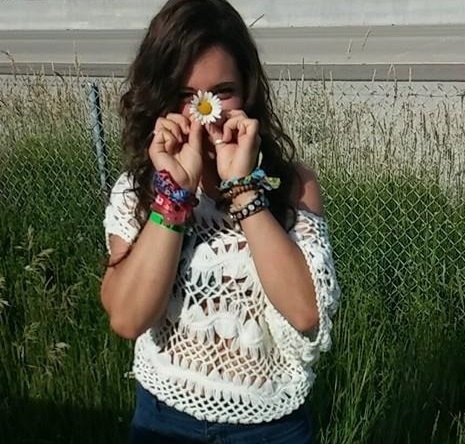 “You’re such a girl,” my guy friend says to me as I point out a pair of adorable, fluffy deer scampering across the small-town road and call them ‘cute.’ (They were totally cute, by the way).

This phrase was casual. Maybe an insult, but more likely a tease. A seemingly-harmless line my guy friends threw out there just to poke fun at my ‘feminine’ traits.

But being ‘such a girl’ doesn’t bother me. I don’t take it as an insult. Actually, I love being a girl.

I love putting on makeup. Or not. I love doing my hair. Or throwing it in a messy bun. I love dressing up. Or dressing down.

I love shopping. But I hate it some days. I love talking about life with my girls. But I also like kicking it with the guys and discussing the score of the last Blackhawks game.

Yes, I think furry animals are cute. There’s no shame in that. (Because they are). And I’ll spend all the time I want in front of the frilly throw pillows and other cutesy items because I want my house to look homey. (Guys act like they don’t notice these things…but they totally do. And if they don’t, who cares?)

I’ll order the fruitiest drink on the menu, but then I’ll get just as many wings as the guys. And eat them. And make a mess. And lick my fingers clean without shame.

I’ll put on a cocktail dress and jewelry. But you better believe I’ll rock a good pair of sweats and Nikes, too.

You can find me dancing in my heels, but you’ll also find me at the gym.

And by the way, I do throw like a girl. A collegiate softball starting pitcher type of girl.

Yes, I’m ‘such a girl.’ I might get my car stuck in a snowbank (once in a blue moon) but I’ll be right next to the guys pushing it out. I might need help sometimes, but I most definitely have my sh*t together 99% of the time.

I am such a girl. A cute and feminine, but tough and headstrong girl. And no, that’s not an insult.