Growing up, my parents told me never to go into the basement. It is kind of interesting now that I think back on it. I was an obedient kid and never did anything that my parents told me not to, but I also never once questioned, until very recently, why I wasn’t allowed to go down those stairs.

Our house was huge. My dad worked in finance, but grew up a country boy before college so as soon as we had the chance, we moved out into isolation even though this made his commute over an hour into town. I loved it, especially when I was younger because we had lots of animals on our property – some wild and some actually owned by the family. My mom would stay home and take care of the chickens and the geese while I watched and played with them. My mom would always tell me not to get too close with the animals because we would sell some of them from time to time and she didn’t want my feelings to get hurt. I did my best to follow her instructions, but I have to admit, there were definitely some animals I missed when they got sold off. I spent many evenings after the long bus ride home from school sitting out back with the animals, watching the sun go down over the wide open fields. It was more peaceful than words could describe.

But out of anywhere on the acres and acres of property, the only place I wasn’t allowed to be was that basement. I once tried to walk down with my mom when she went downstairs to do the laundry. I offered to hold the basket of dirty clothes for her as she went down the steps, thinking that she would definitely appreciate the help, but I was terribly wrong. As soon as my foot hit that top step behind her and before I could squeak out my offer to assist her, she turned around and pushed me back using the laundry basket. Not a hard push, but enough of one to force me back through the door and into the kitchen.

I apologized and hung my head, feeling like a bad kid. She could sense that and patted me on the head.

“It’s ok,” she said. “Just don’t do that again. You need to stay up here. Why don’t you go see if any of the chickens have laid eggs? I forgot to go out this morning and I would love the help.”

I smiled and agreed to do it, walking out the back kitchen door towards the coop, my mom closing the basement door behind her before I even made it outside.

The weather was terrible a few winters ago. We were pummeled by the snow and, unfortunately, a lot of the animals died on the farm. Don’t get me wrong, we were ok and everything – again, farming was more of a hobby than a means of income or survival – but I was pretty upset by the animals no longer being there. For some reason my parents got jittery and seemed to be more and more out of character the longer we were forced to be in the house. We had plenty of food and our power hadn’t gone out so I couldn’t figure out what it was that they were freaking out over, besides being stuck and not being able to go outside.

There was a knock at the door a week or two into the snowstorm and I remember how strange it was that we would have a visitor. We never had visitors; we were pretty far out into the sticks and people didn’t “swing by” or anything, especially without letting us know first. My dad answered the door and there was a young man, lacking all color and covered head to toe in white, thick snow. He thanked my father graciously for opening the door and explained his situation.

His car had broken down about six or seven miles up the road and he didn’t know where to go. He didn’t have a cell phone, and he was traveling across the country, so he didn’t know who he would’ve contacted anyway. My father invited him in and, all of a sudden, that jittery sense about my parents started to float away. They seemed more calm now that this stranger was in the house and it was such a peculiar situation that I just had to sit back and watch.

I listened to this man tell us that he didn’t have any family living except a sister that he hadn’t spoken to in years and that he was on his way to Boston to start fresh. He said that his mother had passed away only a few months prior and pulled out a tiny gold locket on a chain. He told us that it belonged to her and that it was the only thing he had left of her. I smiled and nodded at him, still not saying a word.

After he spoke for a few minutes, my parents realized that the snow covering his clothing was melting and that everything he had on was soaked.

My mother looked at my father and said to the man, “Would you like to change? You and my husband seem to be about the same size. You could borrow some of his clothing for now.”

My father nodded along. The stranger stood and shook my father’s hand, thanking him over and over again while my Mom led him towards the kitchen.

“Our laundry room is right this way. I’m sure we can find you something.” She opened the basement door and gestured the man towards it. Without hesitation, he started down the wooden steps. My father came to me and told me to go upstairs and get ready for dinner. I said ok and walked up the large staircase, not even thinking twice about the request.

When I came downstairs, my Mom and Dad were setting the table. I asked if the stranger would be joining us, but without even looking up at me, they said that he had left. I didn’t know what to say to that because he had almost frozen to death just getting to the house and the closest town wasn’t for miles and miles. There was no way he would make it back. My parents told me to have a seat and dinner went along like nothing happened.

But I finally got curious.

This man couldn’t have just disappeared into thin air. I had to know what was going on in the basement. I had to know if he ever came back up. I was young, but not stupid. I knew that something was wrong.

That night, after my parents had gone to bed, I grabbed the flashlight from my drawer and started down the stairs towards the kitchen. The floors creaked, so I had to really take my time, making sure I didn’t wake up my parents in the process. When I finally touched the tile of the kitchen a small wave of relief came over me and I took a break to steady my breathing, seeing as how I had been holding my breath as I moved across the hardwood. I finally reached out to the knob on the basement door, checked around me one last time, and opened the door with a creak.

I placed my foot on the step which felt much older than the stairs. The air as I head down smelled sweet, but a foul kind of sweet. I couldn’t quite put my finger on it. I came down to the concrete floor and listened the best I could. Silence. Nothing. I flashed the light around to see a washer and dryer, just as I had expected, and some boxes of what I remembered to be old clothes and such, but nothing really out of the ordinary.

I was turning to head back up the stairs, now feeling silly and actually pretty sour with myself for not listening to my parents when something shiny caught my eye. I turned the flashlight on it and walked over to where it lay on the floor. It was the golden locket the stranger had showed us from his mother. I picked it up and leaned myself against the wall to examine it further when the wall started to move with my shifting weight. I jumped back, frightened, and shined my flashlight on the wall, realizing that it was, in fact, fake.

Being the curious kid I was, and still clutching the locket, I moved the wooden portion of the wall out of the way, revealing a shallow hole. What I saw in there is something that has changed my life forever.

Inside the hole, sat a creature. This thing looked like a human – like a boy – but quite different. Its limbs were much longer than a regular person, wildly disproportionate from its body. At the end of each arm were bony fingers with sharp claws that this thing curled over and over again by it face. Its eyes were pitch black with no pupils. It was a hairless beast and its ears were simply torn holes in the side of its head. The mouth stretched across its face into a large sharp-toothed grin. It had no clothing besides a small cloth covering its lower abdomen. Around its neck was a thick chain attached to the concrete wall.

It stared at me, smearing what looked like blood across its wrinkled face, smiling. My foot hit something and I looked down briefly, trying to not take my eyes off of this beast or creature or whatever it was.

Too afraid to scream, I turned and started running towards the stairs. I only took about three or four steps before crashing into my parents who stood over me with their arms crossed, shaking their heads. My Dad put his arm around my shoulder and led me up the stairs into the living room while my Mom covered up the hole.

The chickens and animals that I missed were never sold. My dad didn’t grow up on a farm or like living in isolation, but rather felt as though we had to. We had no neighbors for a reason. It was planned that way. Our whole lives up to this point, even now, years later, has revolved around my older brother in the basement.

And keeping him fed. 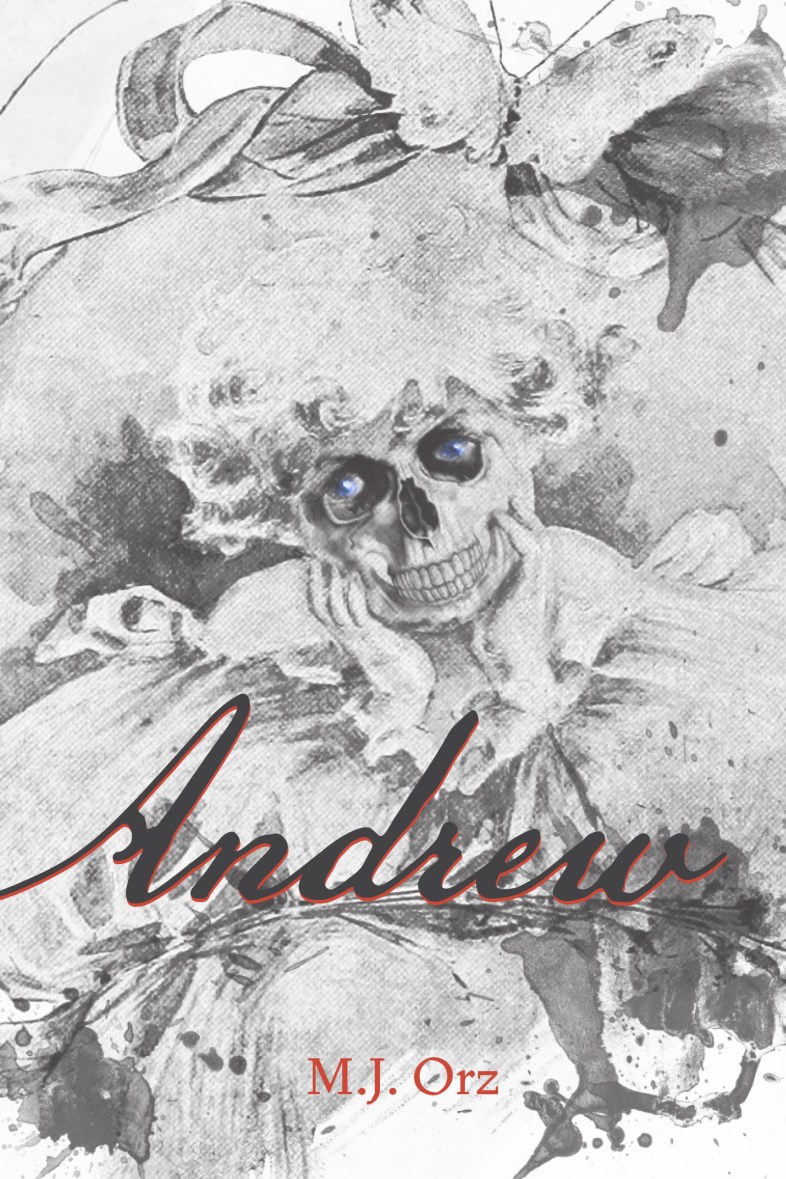