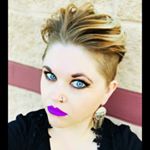 I’m about to make a lot of people upset. Ever heard these cliches?

“I’m not ready for a relationship, but can we be friends?”

Essentially, they’re just not that into you. Books have been written with this exact title. I read it a few weeks ago. They made a movie. However, my newsfeed is still filled with women pining over their situationships. I have beautiful, bright friends who are up half the night decoding texts from guys who don’t own sheets or pillows. This isn’t limited to heteronormative dating habits. I’ve personally driven across my state to hang with a woman I was really into, and two months in, she told me she wasn’t interested in a relationship.

We’re a smart, well-educated generation. Why aren’t we listening? It’s very simple. We don’t want to.

This is where I’m going to ruffle quite a few feathers. While getting your tar and feathers ready for me, remember I, too, have fallen for someone who wasn’t into me and thought I’d love them so much that they’d suddenly realize I was “The One” and we’d live happily ever after. Here’s my takeaway, though: If they want to be with you, they will be. We want to believe we are the exception, and with the right amount of kindness and patience, we will convince this person we are the unconditional love in their life they’ve searched for.

We don’t date with intention anymore (unless your only intention is an orgasm, in which case, be safe and have fun). Dating with intention is envisioning your emotional wants and needs and finding a partner who shares that same goal. However, we’ve ended up in a chaotic mess where the marriage-minded are dating individuals who want to play the field. And when we discover our intentions don’t align? It’s excruciating. It is a real, staggering pain inside our chest.

Millennials long for companionship that’s more than platonic, without the cynicism of “friends with benefits.” We end up in almost relationships, settling, because we think that’s all that’s out there. All the while, we only want someone who gives a fuck about us. We want to cuddle on the couch and watch Molly Ringwald movies. We want to argue about where to go antique shopping. We want someone to make breakfast in bed for us.

We end up settling for the almost. Women don’t want to be viewed as needy or demanding. We’re taught to be the cool girl who doesn’t require higher standards. How did we talk ourselves into a dating culture where we don’t value connections, but we swipe right? One in which we ghost each other because consideration is too difficult. One in which we think it’s perfectly acceptable to download apps in lieu of human contact.

Dating has always sort of sucked, but the paradigm shifted with smartphones. Need to have an uncomfortable conversation? Text it. Want to read a book? Download it (after all, that’s how I read He’s Just Not Into You). While inarguably one of the biggest advances in centuries, our cellphones have stunted us. We got lazy.

With a flick of your finger, you can download Tinder, Ashley Madison, Grindr, Bumble, or any plethora of ways to find a match. Swipe right, meet for drinks, scratch your itch. As Ariana says, THANK U, NEXT. We don’t get asked out anymore.

Now, we Netflix and chill.

Disney Plus and thrust.

We do everything but talk about the elephant in the room.

We want a connection.

We deserve a connection.

If you’re happy with the status quo of dating, cool. I’m not. I’ve seen too many incredible people settle for less than what they want. With dating apps, if we become heartbroken, we immediately move on, rather than heal. We aren’t doing the inner work to get over heartache before the next partner. People are dating before they’re ready. We want to immediately move on instead of processing our pain. Other times we’re the fixer, the proverbial white knight.

Here’s the lonely truth: We are never the exception to the rule. If a crush is into you, you will know. People who want to see someone are excited by their presence and want to know them more will make it happen. You will never question your place in their life. You will not cry yourself to sleep, asking why you are not enough. Kings and Queens, I am here to tell you that you are more than enough. Spend time with the ones who want you. Don’t put someone on the backburner and string them along. It’s cruel and juvenile, and the karma will come back in the form of you crying over a margarita, asking your bestie why someone did it to you.

While yeah, it sucks to be told we aren’t The One, we need to listen to the context and accept it. There is someone out there fantasizing about you. Not someone like you. YOU. So live your life, and one day, you’ll wake up to your person.

Mom, advocate & writer. Creator of Rants of a Virgo, an essay site.