Traveling solo is a dangerous business, and any woman considering it should think twice. Experiences, encounters, and enlightenment will happen while she’s out there – things that could change the course of her life forever.

Traveling on her own will cause a woman to reevaluate her life and give her space to think, feel, and grow. It will turn into a crippling addiction of saving up for her next flight and constantly seeking adventures.

Luxurious things things like Rolex watches and BMWs that might have impressed her before will cease to matter. She’ll value experiences over all else.

Where she may have previously been perfectly content with a day spent on the couch while watching TV, suddenly her world will expand and jumping out of planes, trekking across mountains, and swimming under waterfalls will appeal to her much more.

Simply put, she won’t be simple to impress.

Here are six ways a woman’s life will be ruined if she decides to travel:

Remember back in kindergarten when teachers cautioned us about stranger danger? Whether aged 6, 26, or 56, this warning still rings true.

Think about it. All friends, acquaintances, and lovers she’s had were at one point strangers. People can cause all kinds of inconvenient emotions, such as wonder, joy, happiness, and maybe even intrigue.

Meeting strangers of a new culture, from a different walk of life, and who have different ideas of what is inspiring and what is important will widen her horizons. They may lead her down a completely new path. The more she travels, the more intriguing she’ll become, and the more her mind will open. There’s no telling what heights the mysteries, friendships, and new loves could take her to.

If a woman travels alone, she’ll make her own meal choices, too. Her curiosity will lead to all kinds of new tastes and aromas, and they’ll expand not just her palette but her mind as well.

Soon she’ll become the kind of person who knows exactly what an authentic Thai meal should taste like and who can cook all kinds of delicious curries, soups, and desserts. She’ll no longer be impressed by bland foods, or greasy Western takes on an Asian classic. She’ll want the real thing – she knows it tastes way better.

Before she knows it, she’ll find herself craving old favorites and seeking out new foods all the time. Traveling will become a fixture in her life as she hunts down new tastes to explore.

While she’s out there meeting all these inspiring new people and trying all of these delicious new foods, she’ll undoubtedly also encounter some things she’s never seen before. Perhaps she’ll watch the sun rise over Angkor Wat in Cambodia, spy a zebra while on safari in South Africa, or even catch a glimpse of an elf in Iceland.

These incredible sights are sure to leave an impression. She’ll no longer be satisfied with the mundane, impressed by things that are superficial, or excited about inanimate objects that don’t bring her any closer to more passport stamps. The longer she travels on her own, the more likely she is to prioritize experiences above all else. Stilettos and purses will lose their luster; she’ll crave far off places and splurge on plane tickets instead.

4. She’ll discover that the world isn’t that scary after all.

It’s possible that her whole life she’s been told that the world outside is a dangerous place, but through traveling, it’s a sure bet that she’ll realize that the world isn’t that scary, after all.

The more she meets people who smash stereotypes she once believed were true, the more acts of kindness perfect strangers show her, and the more she c finds that she has more in common with a Bedouin in the desert or a Hmong tribeswoman in China than with the politicians back home, the less she’ll fear the unknown. She’ll realize that the naysayers and her own self doubts were mostly wrong all along.

Once she makes these powerful realizations, there’s no telling how far she will go.

5. She’ll realize how strong she is!

When a woman travels solo, all of the decisions fall to her. When things go wrong, she will have to serve as chief problem solver. In time, she will find that it’s not actually all that hard to be captain of the ship. She’ll even come to find that she’s extraordinarily brave, capable, and fearless.

Most incredible of all, she’ll probably come to realize that she’s enough all on her own.

She’ll also realize that she’s so incredibly enough that she no longer needs external validation as much as she did before. She’ll start to really enjoy her own company, prioritize only the most nurturing friendships, give in to desires that are entirely hers, and do things for herself just because she loves herself, and that’s a gorgeous feeling.

6. She may never come back.

A woman who realizes how capable she is becomes independent. She turns into a free spirit without ties to anyone or anything. This type of woman is particularly hard to tame, as she tends to look towards the horizon rather than to other people for her happiness. She stops needing safety and security from others because she can provide those things for herself.

In this case, she just might never stop traveling. If she does, it will be her decision entirely, because she’s ready, and not because of anyone or anything else forcing the issue. She always has options, and she knows it.

Traveling the world alone can change a woman’s perspective on life. It can cause her to appreciate moments and people instead of things. After navigating the world solo, she’ll be fearless, stronger, and changed for the better. 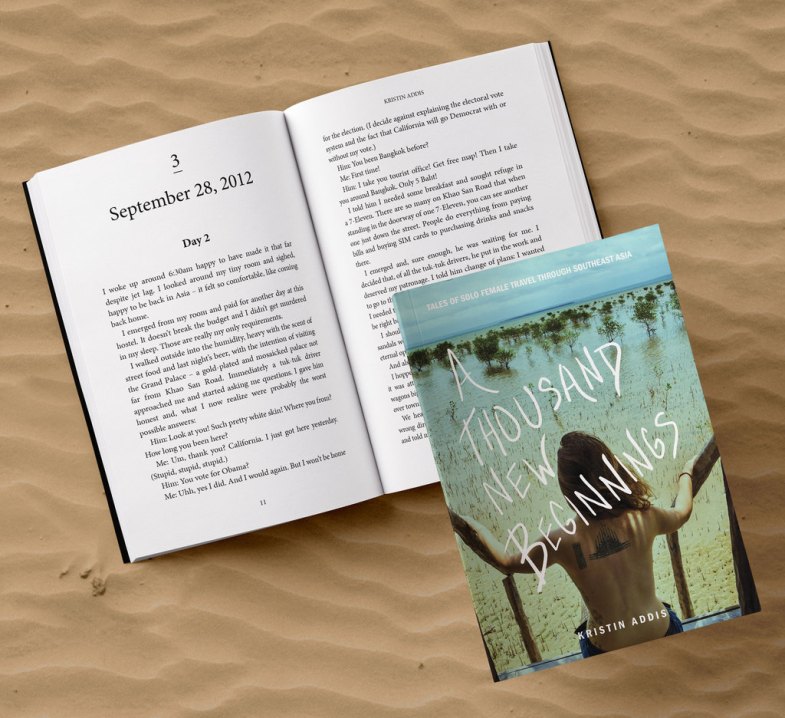