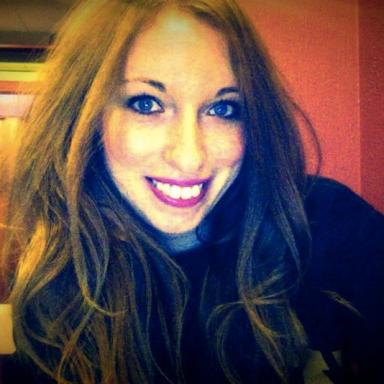 For most of my life, I’ve struggled with understanding what family is. Who they are, how to interact with them, when to let go, and how to heal. From a young age I identified with being from a broken family and was in constant search of the pieces that made me complete. I thought if I could understand the people who made me, the people I was linked to by DNA, I could then, maybe, understand myself.

My biological father is a painter and a poet who has spent most of his life in and out of prison. His only appearances in my life include slipping me a crisp $50 dollar bill over the table at a diner the first time we met when I was fifteen, and a phone call, when I was nineteen, to read me his poetry. He wore cowboy boots, I remember.

Once, I was standing in someone’s living room and I realized the painting on the wall was my father’s. All I could do was stare at the canvas, the marvelous lines and colors flowing together like an exposed vein, and wonder if I could see myself in any of it. Here it was, the other half who had made me, the other half whose hands had made this piece of art, on the walls of a stranger’s house. I’d never felt so disconnected.

My mother remarried a man a few years after my biological father disappeared — a man who took us in to live on his sprawling agricultural farm; a man who accepted me as his own daughter, gave me his last name, and taught me everything there was to know about hunting, fishing, and farming. He showed me patience and kindness, and offered refuge when my mother’s words got a little bit too out of control like they often did.

I knew he wasn’t my “real” father, but I also didn’t have any idea what a dad was supposed to do. I thought if this is what it’s like to have a dad,I was pretty sure he was doing a good job. He didn’t wear a suit like my friends’ dads, and he didn’t come home from an office at 6 p.m. Instead, his fingertips were stained with the earth from working in the fields and greenhouses, regardless of how many times he washed his hands.

He died when I was sixteen after a six year battle with cancer and it was the first time in my life I realized that the people in your life you so often count on to be there can be taken away nearly as quickly as they appeared. I never called him Dad. I always called him by his first name — Don — and sometimes, I still regret that.

Two years after his death, I’d found a home in Denver City, Texas — a small town in West Texas that claims to have “the 4,000 friendliest residents around.” I flew there on a whim after spending time in Tucson, Arizona — a place I wanted to live, I thought, but something about that endless Sonoran desert all around me gave me an uneasy restlessness I couldn’t handle at the time.

After Don died things got a little hazy. People forgot about me. My mother, my two siblings, extended family; they all sort of … disappeared in a way. Online dating was my mother’s new passion. Her boyfriend hated me, notably because I had burned one of his expensive pans while making pancakes one day. He said I didn’t have any discipline and my mother believed him. My brother and sister, ten and fifteen years apart from me in age, were losing themselves in their addictions to crack and alcohol. And everyone else … well, they simply weren’t present.

I guess I got lost in the mix somehow as teenagers often do. By the time I was seventeen I was a high school dropout living on my own, supporting myself, and living in survival mode. Essentially, everything I had known up until that point had been stripped away; the only home I knew, the farm, my family, and the structure that had once been in place — it was all gone.

When I talk about this time in my life sometimes people think I’m trying to make it sound glamorous to have a fucked-up past. Trust me, I’m not. There’s nothing cool about going from having a seemingly normal, boring life on a farm to then having a parent die and your other parent die in a different way, then being thrust into the world so fast you have nothing to hold on to but a plane ticket and an ignorant thought of good luck.

I was not proud to be a high school dropout. I was scared. I was ashamed. I was lonely and confused and mad and I hated everyone because it felt like everyone gave up on me. In a way, they did, so I trusted no one. I learned traveling farther and farther away from all things familiar was my only escape from the years of death that overpowered my childhood.

So eventually, I ended up in Denver City, Texas working at Sonic Drive-In as a carhop. I rented out a two-bedroom apartment for $385 a month including everything. Why a two bedroom? I have no idea other than it was the only thing available and dear God, I wish I could find even a studio apartment for that price somewhere now. I don’t really remember why or how I decided to settle there but nevertheless, I did.

Ronnie and Jean were the owners of the Sonic I worked at, an old married couple, and although they never pried too much to figure out my story I guess they figured an 18-year-old girl from Michigan in a town where she didn’t know anyone probably needed a helping hand.

So they took care of me. They taught me how to drive, gave me furniture for my apartment and groceries before payday, and assigned me as many hours as I could handle at work. They took me up to the local high school and helped me enroll in the alternative school program so I could finish high school and get my diploma. The others I worked with, Bobby and Alma and the young girls who whispered in Spanish about me when I first started, all slowly became my family; immersing me in their culture, inviting me to their dinners, teaching me how to make tamales, looking after me.

I only lived in that dusty town with one traffic light for a couple of years and I was a long ways away from the country road I grew up on but that place made me stronger. It gave me time to think, time to figure things out, and time to heal. It taught me there was a whole world out there full of decent people and that possibly, someday, I could figure out how to feel whole again.

In October of my third year in college I got a phone call from my sister. She was on the other line sobbing but all I could understand was that she was raped.

She was just walking home from the bar. Doing the responsible thing. Not driving on a suspended license. She said she knows better now. So she was walking and then all of a sudden someone pushed her down. There was a gun. Now she’s two months pregnant and she needs to not be.

I tried to put together the pieces, figure out the story. I knew it wasn’t making sense. I pushed for more details.

“I thought you just got your student loan money?”

Now her voice sounded firm, serious. The crying had stopped.

“I spent that on school stuff … tuition, parking pass, my books were $500 alone,” I stammered. I felt guilty. “I can come to your house tonight. To be with you.”

She considered the weight of my words.

I arrived in my hometown later that night and found my sister at Jack’s, a small biker bar where the whiskey is strong and the average patron is fifty years old. I ordered a gin and tonic and waited for my sister to notice me. She was flirting with one of the bartenders, a man with a long, yellowed fingernail on his right pinky and a silver ponytail; calling him baby, telling him her story. She was drunk and high; lips blistered. Her voice was loud and coarse, her blue eyeliner thick, bleach blonde hair permed and teased to perfection.

The bartender shook his head. Maybe he’d heard this story before or something like it. Maybe he genuinely felt sorry for her. “Go home and be with your kids,” he whispered to her. She hesitated, wanting to push the issue further, wanting to make him believe her, but in the end she said nothing else. I called her name and waved to her but she didn’t see me. I called her name again, louder this time. She looked at me before walking out the door. “What’s wrong with me?” she asked.

Listen, all I know is this: families are complicated. Families are hard. When you get into your twenties you realize the people who make up your family are not all biological, most of them aren’t. It’s up to you to create your own circle of trusted people to share your life with. Genetic loyalty is not something you must adhere to if it causes you personal grief. Throughout life the term “family” is going to mean different things. It’s going to take different shapes and evolve.

When I was in college and originally had a major in social work, there was a clinical psychologist named Brad who taught many of my classes and served as my adviser. Our classes were small, intimate, about fifteen students, and that group became my lifeline. We had all been through hell in varying measures, maybe that’s what drew us to wanting to become social workers, but we bonded through the experience of sharing our stories and revealing our scars. For a brief window of time, those were the people that I called my family.

I realized that I had to let go of the resentment I held. I had to stop wondering why things happened the way they did or why people did or didn’t do the actions that I felt betrayed by. I had to stop questioning my own self, my own past and foolish decisions. In essence, I had to simply let go. I realized I’ll never be able to change who people are. I can only forgive them for what has happened and accept them now as they are today. At the same time I also know that I don’t have to accept behavior from family that I would never accept from a friend.

My mother and I are relatively close now. My brother is dead. My sister is still an addict. Everyone else I’m bonded to by blood comes and goes in waves but mostly they only exist on Facebook. My best friend from middle school, a few friends from college, and many of the people I’ve met throughout my travels are who I call home now. There are no right answers when it comes to family, there is only the art of forgiveness.