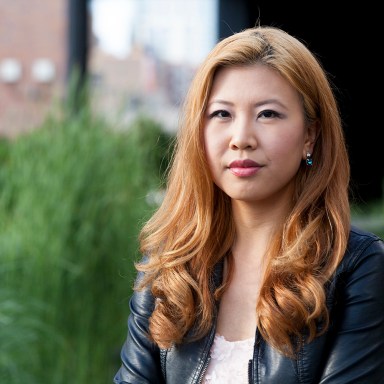 By Ko Im Updated August 22, 2019
Elena Sun
I’m writing this not knowing what my annual results are yet. The point is, that I went to get checked up. A lot of us tend to not get a routine exam in general – whether it’s lack of health insurance, the too busy with work excuse or the “God complex.” It’s not okay. Prevention, detection and knowledge are powerful.

The truth of the matter, a solid majority of women will get the human papilloma virus at some point in their lives. It’s most common in women over 40 but maybe it’s because we get examined when we are nearing old age and it comes up out of another medical issue, or the HPV goes from dormant to flared. Just because you don’t see something and you’re symptom free, though, it doesn’t mean you’re in the clear. If left ignored, it gets seriously dangerous – certain strands can lead to cervical cancer.

I remember getting an abnormal pap for the first time a few years ago – feeling scared, unhealthily googling WebMD obsessively – basically being a hypochondriac. But then I became proactive – stopped smoking cigarettes socially, which is a risk factor. I started eating more fruits and vegetables (I still had my cupcakes). After all, your immune system is key against all colds and what not, so I started taking better care of myself and voila, I didn’t test positive in six months.

I became safer with my practices. I used to be too willing and giving to please the opposite sex. Let me say, most men don’t deserve it. YOU are worthy. Be in a monogamous love – take care of your body first, others second.

I got Gardasil too late, way after I started being active. Still, I’m glad I got vaccinated because I will probably have more partners.

Tell your significant other because it doesn’t have to be a big deal. Sure it’s not like mono or chlamydia because it can always reappear, but HPV’s so prevalent anyone can give it to everyone. In this day and age when everything’s out in the open, it’s a wonder how we still hide behind anonymous screen-names. It’s the twenty-first century and we should be honest about talking STD’s without stigma.

I wish I had more than just the standard “the birds and the bees” talk about protection. But I was the oldest in my family, Asian American and Catholic on top of that, so we tend not to talk openly about ourselves, much less about relationships and sex. I wish my mom or an older sister figure of sorts had been more stern about sex ed with me. We all got the condom talk, but what about the other stuff?

If a friend decides to share their situation, be compassionate as hell. A colleague I worked with shared his wife’s fight against cervical cancer on Facebook. A friend just recently went through a biopsy and I’m praying for her. I have another friend who tested positive and was scared to tell her boyfriend but now it doesn’t make a difference (he first thought it was HIV, one letter off). We all know people who are dealing with something. An STD in this day and age is nothing to be ashamed of but let’s deal with it before it becomes life-threatening. I feel very blessed so far but know that even if my situation changes, I’ll be in good medical hands and have a solid support base.

Ko is an island girl with an American dream.