He was tired of feeling like he had to convince you to be with him. To him, it seemed like he spent the whole relationship having to tell you that being with someone doesn’t make you any less independent, and that wanting to date you didn’t mean he wanted to take over your whole life.

He felt like you wanted all of his time, but that you didn’t want to give him all of yours. He loved how giving and loving you were to the people you cared about, but he sometimes felt like that expectation was one-sided, and that if he also wanted to take some time to be with his family or friends, that you had a hard time dealing with it.

It seemed like you cared about everyone’s opinions except for his. You’re a very enthusiastic and magnetic person to be around, and it’s part of the reason why he fell for you in the first place. But to him it often felt like you were putting on a show in front of everyone else and then had nothing left for him. And even when he tried to dig a little deeper and stated that he wanted to get to truly know you, you lashed out (out of fear), instead of taking it as a sign that he wanted to love you for you.

You read too much into little things that didn’t mean anything. He greatly appreciated the fact that you could always read his moods, and could always tell when something was bothering him or when he needed to talk. But the problem came when you got worked up over little things he did or said that truly meant nothing, but that you obsessed over to the point where it became a roadblock in your relationship.

You certainly had no lack of generosity and warmth as a partner – he truly loved those aspects of your personality. But you also had a my way or the highway kind of attitude, and it became very difficult for him when you weren’t willing to compromise, or at least to just try and see things from his perspective.

You were never too hard on him, but you were way too hard on yourself. Your problem never was that you did anything wrong, but that you thought you did everything wrong. As empathetic as he tried to be in the beginning, he eventually got tired of having to reassure you on every little move.

Your charming nature appealed to him from the start, but your hesitancy to commit to him and your unwillingness to ever want to be exclusive (even if he wait to bring it up until plenty of time had gone by) was too hard for him to work around.

The hardest thing for him about being in a relationship with you was that you wanted to know everything about him and always to be kept in the loop, but when it came to being honest on your side of things, and sharing your own secrets, you were still very closed-off and unreachable. It became too difficult for him to feel like he was spilling his guts to you while there was still so much stuff about you that he didn’t know.

You were so much fun to be around, but you gave off a sense that you didn’t want to put much of your own effort into the relationship. You wanted him to take it seriously and treat you with respect, but he wasn’t seeing that being reflected back at him, as you seemed a little more carefree and ‘we’ll see what happens’ when it came to your future together.

Your ‘practical’ way of looking at love came off more as ‘pessimistic’ to him. Although your ambitious personality is one of the first things he fell for, the hard part came when you started to repeatedly assume or expect that the relationship would eventually end in heartbreak. At some point, it became too hard for him to keep trying to convince you otherwise.

It was too difficult to break the surface with you. And the more he opened up, the more distant you became. He really liked you and wanted to push further, but at some point, your lack of budging and your determination to remain at least somewhat emotionally aloof made him feel like it was better to just walk away.

You had a very specific vision of what you wanted your relationship to ‘look like’ and he continually felt like he wasn’t measuring up to that standard. He wanted to be good enough for you and be the person you deserved, but at some point it started to feel way too specific for him to ever be able to meet it.

And here’s How You’ll Do Everything Based On Your Zodiac Sign by Chrissy Stockton. 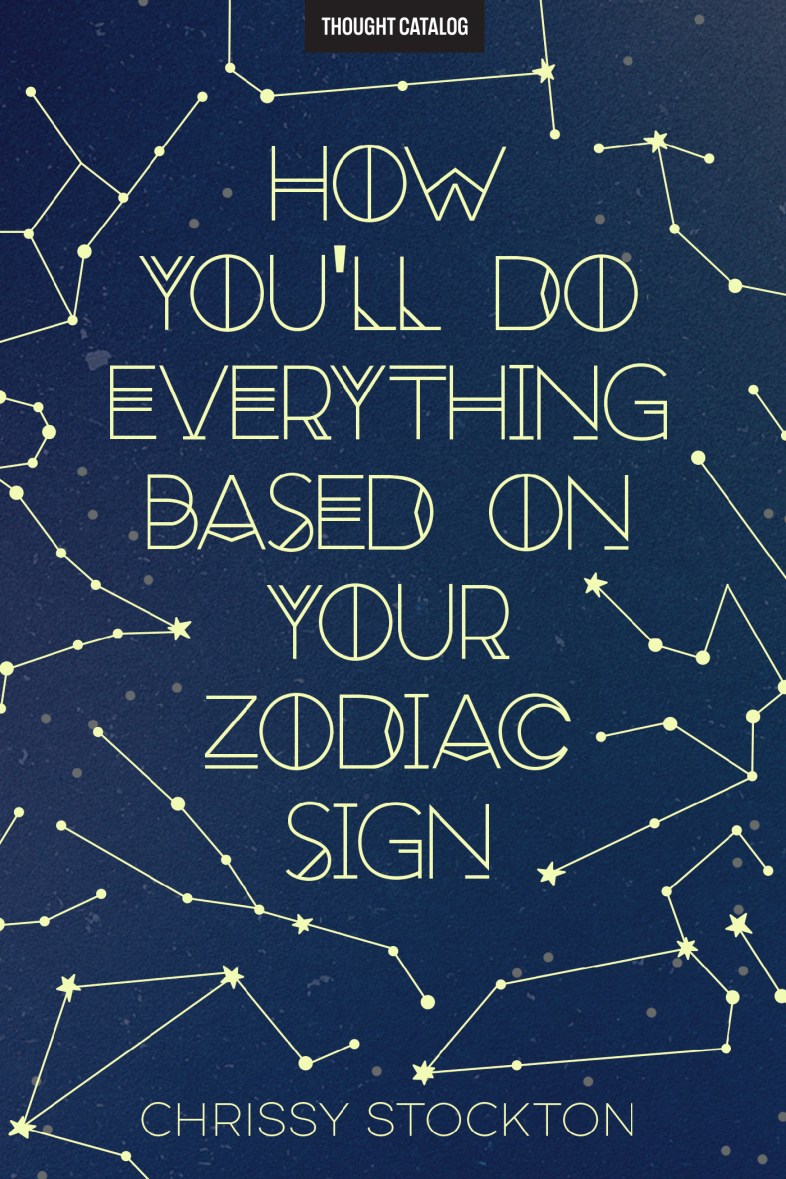 This Is The Most Inspirational Thing About You, Based On Your Zodiac Sign