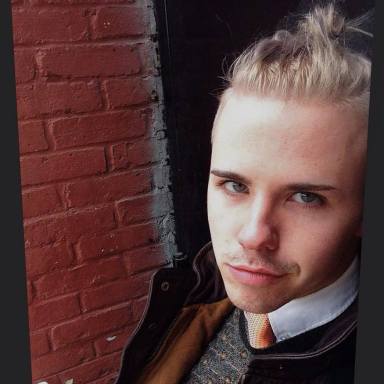 Since 1983, The Lesbian, Gay, Bisexual and Transgender Community Center in NYC’s Greenwich Village has been at the forefront of treating and supporting individuals infected with HIV/AIDS. At the start of The Center’s programming to end the resounding stigma encompassing the existences of individuals living with HIV, a diagnosis of the virus meant death. In 2016, however, being tested positive for HIV (or AIDS for that matter) holds a far less devastating fate for individuals, retrospectively.

As the CDC continues to verify and promote multiple nucleotide reverse transcriptase inhibitors like Abacavir and Combivir (drugs that essentially slow the disease’s spread and progress), it appears that HIV/AIDS infected bodies can function as readily as any other. Still, the queer community in-large has yet to witness a change in perspective over the individual infected with the virus—finding these bodies of zero worth or attraction. HIV positive persons are widely considered lesser than human, and are deemed “dirty” on countless queer online dating apps. Even when these persons showcase limited symptoms of the disease, they’re shunned by way of their HIV status on dating profiles, which is oftentimes asked of them on these platforms upfront.

Having only recently been reacquainted with queer hookup apps like Grindr and Scruff, I was quickly reminded of the culture of shame surrounding those who know and admit to their positive status. While dragging cigarettes outside of a music venue in Williamsburg with a queer friend of mine on an unfriendly December night, I sat staggered as he hastily blocked all men who messaged him with a “POZ” status.

Laughing wildly, and drunkenly blabbering, “I’m not touching that one—nope! No. Sorry!” he clamored on, insisting it’d be idiotic to date anyone with HIV. It wasn’t necessarily wrong of him to be precautious in his sexual behaviors or weary of who he shares these experiences with, but rather how he addressed them—as if they were people unable to enact in safe sex practices without transmitting the virus.

His delivery was hurtful; his mindset, tragically more so.

Many Millennial queer men seemingly prioritize their sex lives and overall hunt for Mister Right over a majority of other worrisome factors in life. HIV, in many senses, drastically alters this landscape. Place your positive status on a variety of online dating apps and, regardless of how attractive you may be, countless potential suitors will pass you up. Opt out of listing your status on your profile, and you might get lucky and score a date prior to coming forward with your status. After that, you only risk the potential awkward happenstance of never hearing back from the guy, ultimately having your self-esteem notched down.

A large part of this aversion to HIV positive individuals on dating apps comes from the dirty stigma these bodies face. This isn’t a person-to-person dilemma, but rather a cultural downfall. What do queer guys do?

We stigmatize those who are positive out of fear that we too will one day have to list a POZ status on our profiles.
The stigma also affects HIV negative people who openly have sex with positive individuals. Tell a person you have a sex partner who is positive, and they’ll automatically label you as dirty too. With the CDC considering HIV negative people who have sex with HIV positive people to be “risky” in their sex practices, can you blame those who shame? We seemingly ignore the HIV negative person’s ability to take HIV preventative drugs like PrEP, use condoms, and exercise other safe sex practices to protect themselves. These individuals are sexually exiled and avoided by way of the majority’s debilitating fears, anxieties, and ignorance over HIV/AIDS.

This past week, I joined an online HIV informational group where a vast array of identities flock to speak on their plights with their HIV status, obtain information on health practices and regimens, and even foster relations with people going through similar woes and triumphs. On my first day of being a member, a 20-something-year-old man posted, “I’ve always had a tough time attracting a partner, now I know I’ll never have one,” outwardly destroyed by the discovery of his newfound status.

The post devastated me, and I admittedly shed a few tears knowing that if my status were to ever become positive I would feel a similar sense of defeat.

Although HIV is now treatable, and those who live with a positive status are able to maintain a normal life, we still categorize them as if they are others infected by “the gay disease.” The queer community has progressed in many ways as a supportive, strong unit, but until we view HIV positive individuals as healthy regular people, we will forever be stuck in a 1980s mindset.

The most effective way to combat this logic is with sex education. Once we are able educate Millennials, who are the most detached age group from the virus, we will see a difference in how we interact with those who hold positive statuses. Luckily, there are many initiatives and organizations, including Play Sure and HIV Equal, which promote safe practices while destigmatizing a fear that has gone unchecked for far too long.

So much has changed since the onset of the 1980s AIDS epidemic. It’s only when we take responsibility over our treatment of others and move forward with a sex positive mindset, however, that we will be able to bring forward true equality, and eventually dismantle an unyielding epidemic.