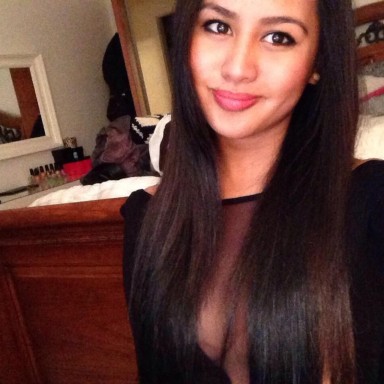 It really is a nuisance when someone takes light years to respond to a text message when really, in this day and age, it probably takes about 20 seconds to reply to a text within receiving it. And we’ve all done it. Nonchalantly just opening a message and planning to reply to it when we’re done at the gym or when we’re home from hanging with our friends. But then boom – hours go by and you suddenly forgot to reply to the message. And you’re suddenly the asshole.

Now don’t get me wrong – there could be many factors affecting tardiness of a response and I get that. You had an appointment at the bank. You had to walk your cat. You were debating which sauce dip you wanted with your nachos. But.. let’s be real. I’m going to go ahead and call it and say about 90% of the time; if your texts are going unheard or takes hours or even days to get replied too, trust me when I say this, it’s not them, but it’s more than likely you. And you’re honestly probably a really rad person but clearly it wasn’t being put forth.

With the help of some great friends sharing some stories of their experiences, I’ve come up with a list of why a girl probably stopped replying to your messages (or phone calls, subliminal messages, handwritten love note in a glass bottle, whatever floats your boat.) Get ready to be ENLIGHTENED!

1. She’s receiving the same messages from many other guys.

So young Jedi, I’m almost sure the girl you’re going after has probably a lot of other guys after her. And when this is the case, she’s probably getting a lot of the same messages – which is why your “let’s go grab a drink” or “wanna hang out?” message is going unreplied. Now I’m not saying go all Edgar Allen Poe in your approach but find a way to make yourself stand out. How? You’re a smart guy (or girl……?) You’ll figure it out.

2. You’re probably too awesome for her.

3. She may actually think you’re a coolcat but be swamped with things going on in her life.

This girl you probably wouldn’t want to get serious with anyways if she’s too busy to make time for you. It would also have to be some serious shit if she tells you this. If a girl tells you something is going on in her life and she really just can’t deal with holding conversations with you, I’d believe her and back off for a while. Wait till she’s done resolving whatever it is that’s going on, and let her come to you. And if she doesn’t, well you’re better off anyway!

4. She may actually like you and be playing hard to get.

Some girls out there are just impossible to read and she could easily be playing the hard to get game. This one is tricky though; it’s important not to confuse this with indifference.

How many of you guys watched Inception? (This is already going to be a bad example but WHATEVER lol just go with it!) Well remember in the end when the totem was still spinning and hours after you watched the movie, you still kept wondering if it was all a dream? WELL, you just got Christopher Nolan’d! And you know why?

6. Because he didn’t give it all away.

He left you wondering – curious, asking for more. There’s something sexy about being mysterious. If you’re constantly messaging a girl letting her know what you’re up to all the time, it really removes room for some intrigue and wonder. So if you’ve been messaging with a girl for a while and feel like she’s pulling away, BROTHA DROP YOUR PHONE RIGHT NOW and do almost anything else in the world but message her. Make her wonder what you’re doing. Make your absence known, cause let’s be real – what you chase, will run away.

6. Once someone knows they can have you, your value (in their eyes) goes down significantly.

I know that sounds bad, but it’s human nature to want the unattainable and if you’re giving yourself away like free samples at Costco, suddenly that challenge disappears and it seems too easy. It’s not exciting anymore. People love a chase. Make yourself a prize in their eyes and make them work for it.

Mainly what I mean by aggressive is you’re that crazy weird guy who doesn’t understand the concept of social cues. And I’m targeting men here more than women because women do tend to pick up and read on things more easily than men. (We’re over analyzers, c’mon.) What I mean by social cues are when a girl replies with just one word answers like “k” or “lol cool”, that’s more than likely a sign that she’s not feeling too hot about the conversation you’re having. But not even that; if a girl is clearly (and I exaggerate clearly) not into you, yet you’re still constantly blowing up her phone every hour on the hour, sending your soliloquy message in 5 separate text messages all at once with a bunch of irrelevant emojis and happy faces, something my friend, is not right. Your facade of “cool calm collected” has now burned to the ground.

8. She found out you were trying to get with a bunch of other girls.

It’s a stigma/double standard though – because it’s safe to assume that when you’re single, you’re probably going on dates with a few different people, yet no girl wants to simply be an option; girls want to feel like the high and mighty prize.

9. She is just genuinely not into you.

She thought you were cool, worth getting to know, got her feet wet. But in turn decided “hey, this isn’t for me.” You may have done or said something that turned her off but it’s too early in the dating game to say anything so she just slowly stops talking to you because she doesn’t want to hurt your feelings. Let’s be real – all is fair in love and war.

To sum this all up in my honest and humble opinion, I’ve found the best relationships to be the ones you hardly question and need to worry about. Ones that just flow seamlessly, and organically without hesitation. Ones that don’t make you wonder why this person is acting this way –  or not replying to a message, and so on and so forth.

If a person you like is making you question something already from the beginning, I would personally cut it loose. Time is of the essence, and there really are so many people in this world, far too many. And a shame it would be to waste on someone who can’t grasp your awesomeness.