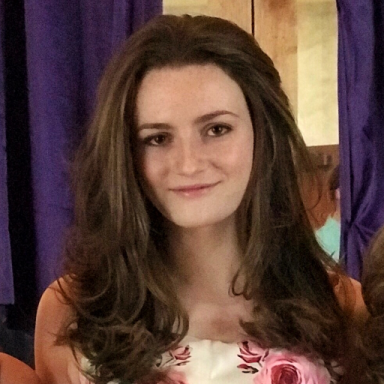 Walking into their intro to law class, they find a seat and sit down, before taking a chance to look around. It’s then that they realize that the classmate sitting next to them is looking at them. “Sorry, am I in your seat?” The ENTP asks, half-rising out of their chair. “No, no! Actually I was just thinking that you look like you take good notes.” The person laughs. The ENTP sits back down. “I look that nerdy huh? Is it the theory of relativity shirt? It’s the shirt, I knew it.” Their classmate laughs again, “A little bit, but don’t worry you’re the good kind of nerdy. I’m calling you right now as my study partner, no takebacks.” Now it’s the ENTP’s turn to smile.

Their significant other stages a big breakup scene in a restaurant that culminates with them throwing a drink at the ESFP before storming out. As the ESFP sits and tries to wipe off their face, a sympathetic waiter appears with a bunch of napkins. “Free replacement drink?” They ask. “Only if you drink it with me.” The ESFP replies. The waiter smiles and checks their watch. “I’m off in 15, can you wait that long?” The ESFP laughs, “Maybe.”

In a lecture hall, they correct their professor and it quickly grows into an argument. They go around and around, both growing more and more frustrated until someone sitting in the back raises their hand and sides with the INTP. The professor looks defeated at the prospect of two of their brightest students teaming up against them and moves on. After class the classmate walks up to the INTP and tells them they thought their arguments were really good, and would they like to talk more about the topic sometime?

Waiting for a new client at a business lunch. Seeing their client they rise to shake their hand and get high-fived instead. “I tell you what, whatever you’re selling, I’m already in” the client laughs and throws themselves into the chair. The ESTJ sits back down slowly, a little taken aback. However, as the lunch wears on, they find themselves being worn down by the kind of inescapable happy charm the client emits. As the ESTJ leaves, they almost ask the client for their Linkedin but stop themselves for fear of seeming too forward. They shouldn’t have worried, because as they’re waiting for the valet to bring their car around the client comes running outside to get their number.

The annual company-wide picnic is in full swing when they announce they’re going to award the winner of the jelly bean guessing contest. The ISTJ is sure that they have done their math correctly, but to their surprise, two names are called, and in a bit of confusion they get pulled up front with a cute stranger from another department. “They both guessed the correct amount; I guess you guys can split the restaurant gift card.” The boss laughs awkwardly. As the ISTJ walks away with their fellow winner, they manage to pull themselves together and ask if the stranger wants to take them up on the idea to split the gift card together. They know they’re in trouble when the stranger smiles brilliantly and the ISTJ is so distracted they completely miss the answer (it was yes).

The party is at the cusp of winding down and the ENTJ is stirring their drink absentmindedly and calculating how many hours they could have already been asleep for. Suddenly someone slides onto the chair next to them and in hushed tones explains that they may have bet someone they were a world class thief, and also maybe that the ENTJ was their lawyer and could the ENTJ please play along for $50? The ENTJ laughs, agrees and plays the part with some (barely any) degree of believability. “I’m not paying $50 for that performance.” The stranger laughs after the bet is won, “C’mon, I’ll buy you drink somewhere else.”

Sitting in the back of a coffee shop with their coffee and a book, actively ignoring the slam poetry going on in the front of the small space. So actively ignoring in fact, they don’t even notice the paper airplane that drifted onto their table for several minutes. When they do, they unfold it to read a message written inside: Are you enjoying the poetry? They look up and around for the source and their eyes land on the face of an attractive person sitting two tables over who’s watching them. The INFP smiles and makes a face. The stranger holds up one finger as if to say wait a moment. They make another airplane and send it to the INFP, who is trying not to laugh at this point. They open it and read the second message: Come with me? I know another coffee shop that definitely doesn’t have slam poetry. The INFP looks up and nods enthusiastically. They meet the stranger on the sidewalk. “I’m warning you, if the coffee’s bad I’m going back to risk the poetry” the INFP says, with a smile tugging at their lips. “Deal.” The stranger laughs.

Sitting half asleep on a beach chair near a lake, a book slipping out of their hands. A dog runs up to them followed by their attractive owner who apologizes profusely before recognizing the book the ENFP is reading. They talk for what feels like only a little while, the day turning into night before turning into dawn before either of them notice the time. When the ENFP’s friends finally come looking for them, the ENFP reassures them that they’re fine. In fact, they couldn’t be better as they’ve agreed to go out on their new romantic interest’s boat later today.

Stapling up flyers around campus, when they notice someone is tearing them down. “Hey, hey, stop, what are you doing?” The person stops and sets their stack of torn down flyers on a bench. “this event isn’t on campus and so you can’t put up flyers.” The INFJ stares. “Who are you, the dean of students?” The person sighs. “Pretty much, I’m student body president.” “For real? Do we actually have one in college?” The INFJ asks. “Yep.” The person replies, looking down at the posters, “shame though, this actually looks really cool.” “You should come! It’s going to be great.” The INFJ, looks up with a smile “In fact the student body president is even trying to shut us down.” The president laughs, “Okay, okay, look you can advertise for it on the campus Facebook page, deal?” “As long as you’re going to show up, deal.”

They just got off the plane to spend the whole summer in Europe. As they examine their guidebook, they hurry down a cobblestone street and walk directly into someone. They drop their guidebook and back pack and start apologizing profusely in what they hope is the native language. The stranger laughs and picks up the ISFP’s things. “Don’t worry about it.” They respond in perfect English as they hand the guidebook back. “If you want someone to really show you around, come by the café down the street, I’ll show you around.” They wink and disappear down the road, leaving the ISFP a little dazed, but now sure of their first stop tomorrow morning.

Standing in the ticket line with their friends at the movies, they voice their excitement to see an upcoming movie. From behind them someone agrees. The ESFJ turns and sees an attractive person standing there smiling with their friends. “Really? I only worry-“ they begin, “That it’ll never live up to the book?” the stranger interrupts. “Yes!” The ESFJ exclaims. They talk all the way through the ticket and concession lines until they have to part to meet their friends in different theaters. As the ESFJ walks out of the movie, they look for their new friend, but with a bit of disappointment don’t see them. That disappointment melts away however when they turn their phone back on to see a new Facebook friend request.

On their way home from work they stop at the grocery store. They are in a hurry to get home, and since they only need a few items, they hurry past the carts and into the aisles. They’ve almost picked up everything they need when they suddenly remember they agreed to make a cake for a friend’s birthday. With a sigh they go to find cake mix and, even though their hands are pretty full at this point, attempt to grab the box anyway. In the blink of an eye they feel themselves lose their grip on the items they were holding and close their eyes in anticipation of the crash. After a moment they open their eyes and realize an attractive stranger is holding out the items. “Almost dropped something.” The stranger smiles. “Oh, thank you, I’m really sorry.” The ISFJ says a little self-consciously. “No worries, here, I’m going up to check out anyway, let me help you carry some of that.” The stranger adds, taking some more things from the ISFJ. “Oh, no, I don’t want to trouble you.” The ISFJ says. “Hey, save me a piece of that cake” the stranger nods at the box of cake mix, “and we’re even”.

They got put into probationary training at work for disobeying orders once too many times. Now they have to shadow whoever the higher-ups deem enough of a goody two shoes to handle retraining someone. They are ready to ditch their “mentor” until they realize that while their mentor may be a goody two shoes, they aren’t willing to give up on their mentee, even if it means helping the ISTP with some of their dubious plans.

They got bet $100 they couldn’t talk to the hottest person in the bar. They slide up next to the hot person and explain their situation, keeping one eye on their friends who shake their heads in disbelief as the ESTP takes a phone number and a free shot. Little do they know they’re going to find themselves buying dinner for that person tomorrow night with that $100.

They are buying groceries. They shake their head and make a wry comment after reading that the artichoke prices have increased by 30 cents. They are surprised to hear someone burst into laughter behind them. The owner of the laugh smiles and points out the INTJ is wearing $1500 shoes. The INTJ surprises themselves by asking for the person’s number and calls them 2 full days before they planned to.

They presumed it would be a quiet day at work, but when they walk in they’re told they have to show a new employee around. They prepare themselves for the worst, but when they go to look for their charge they find someone removing all the director’s photos from their frames in the lobby. The new person doesn’t stop, but simply removes the last photo, placing it in their bag before motioning for the ENFJ to lead the way. At the end of the tour they hand the ENFJ one of the photos with their phone number over the face. “My number.” They wink and slip into their new department.

I believe that a good personality is the best accessory

If Social Media Outlets Were People

The Definition Of Hell For Each Myers-Briggs Personality Type

What Your Myers-Briggs Personality Type Says About How You Love