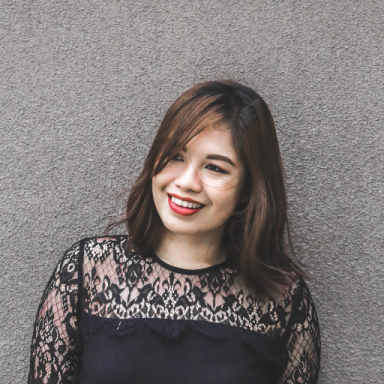 Like many pop and rock cultural icons, Freddie Mercury is one of the most recognizable figures of the 20th century and yet one of the most enigmatic personalities as well. Anyone who was alive during the reign of Queen is well aware of who Mercury was and the sound of his music. Even those who despise rock music are familiar with the blasting, deliriously over-the-top rhythms of songs like “We Are the Champions.”

At the same time, a noteworthy discrepancy existed between the flamboyant personality that Mercury maintained during his performances and public appearances and the rather guarded manner in which he kept his private life more or less shielded from public view. By way of example, while it is now common knowledge that Mercury was homosexual (or at least bisexual), this was a fact that he avoided disclosing to the general public, and even his bandmates were kept unaware until 1975.

Mercury was the son of a British diplomat with real name Farrokh Bulsara. He lived much of his early life in India and returned to England for his university studies.

In 1970, the year he changed his name from Bulsara to Mercury, he joined with Brian May and Roger Taylor in a band named Smile. It was Mercury who convinced the group to change their name to Queen. The following year, they recruited John Deacon to play bass and began recording their first album, the self-titled Queen, released in 1973.

Known for his flamboyant stage performance and extensive vocal range,

Mercury made waves in the music industry as Queen’s frontman by embracing femininity and dispelling any and all preconceived notions about rock music, such as hyper-masculinity.

Mercury further challenged social norms by having male and female lovers, and by being open about his sexuality, which he in turn funneled into his music and stage presence, which mirrored theatrical productions rather than rock shows.

Releasing Queen II the following year, the group had their first hit in the UK with “The Seven Seas of Rhye,” they had premiered before on the album’s release on BBC’s “Top of the Pops.” Queen II peaked at number five on the British charts.

Their next album Sheer Heart Attack (also 1974) produced the Mercury-penned hit “Killer Queen” and began to make inroads in the US. But A Night at the Opera (1975) was what brought them their biggest success in America featuring the legendary “Bohemian Rhapsody”, also written by Mercury. The album went platinum.

With everything that Queen has achieved, it was safe to say that the group owned the 1970s.

Queen was packing stadiums and releasing hit after hit including several songs written by Mercury—“Somebody to Love” and “We Are the Champions.” But they never had the critical success to match with Rolling Stone at one point calling their album Jazz (1978) “fascist.”

As the decade ended the group and Mercury seemed unstoppable, the 1980s quickly ended their momentum. Their last hit was 1981’s “Under Pressure” which was recorded with David Bowie. They never regained their status after that. And Mercury and Queen were not helped by the terrible 1981 flop Flash Gordon for which they composed the soundtrack.

By the mid-80s with the group floundering, Mercury began his solo career. He recorded two notable albums, Mr. Bad Guy (1985) and Barcelona (1988). Both produced hits, most notably the title track of the second album which hit number eight in the UK and topped the charts in Spain. “Barcelona” was also the official song of the 1992 Summer Olympics held in that city.

Mercury’s stage performances were legendary. Both with Queen and on his own, he was considered one of the great rock performers of all-time. Often people confused his public persona with his private, although he was noted for referring to himself as an introvert when not performing.

His sexuality was hotly debated when his stardom peaked. At a time when being gay could destroy his career, Mercury was known for distancing himself in public from his long-time partner, Jim Hutton. However he also had two lengthy relationships with women. Mercury never publicly stated whether he was gay or straight but at one point answered a direct question about his sexuality with the response, “If I am, so what?”

In Somebody to Love: The Life, Death, and Legacy of Freddie Mercury, authors Matt Richards and Mark Langthorne offer the first bio of the singer juxtaposed with the anthropological history of human immunodeficiency virus commonly known as HIV. The book even narrows down the window of time in which Mercury may have been infected with HIV:

“It was during the U.S. leg of the tour that Freddie pursued his desire for gay sex in New York and on September 25th, while appearing on Saturday Night Live, he began exhibiting some symptoms associated with someone recently infected with HIV. In fact, he had secretly seen a doctor in the city some weeks earlier suffering from a white lesion on his tongue (likely to be hairy leukoplakia, one of the first signs of HIV infection) and this points to the period between 26th July and 13th August 1982 when Freddie contracted HIV during a break in the tour in New York.”

“Freddie told me that he was HIV-positive before he told the band,” Queen manager Jim Beach said in the 2011 Queen documentary Days of Our Lives. “And this put me in a very difficult position, because he told me he didn’t want me to tell the band. So there was I, managing a band, knowing something obviously of crucial importance to the band, which I couldn’t pass on to them.”

“As soon as we realized Freddie was ill,” Brian May told MOJO in 1999, “we clustered around him like a protective shell. We were lying to everyone, even to our own families, because he didn’t want the world intruding on his struggle. He used to say, ”I don’t want people buying our fucking records out of sympathy.” We all became very close.”

On 23rd of November 1991, Mercury released a press statement confirming what many had conjectured that he had acquired immunodeficiency syndrome commonly known as AIDS—the most severe phase of HIV infection. Having kept his personal condition quiet for months, the singer issued a statement saying,

“Following enormous conjecture in the press, I wish to confirm that I have been tested HIV positive and have Aids. I felt it correct to keep this information private in order to protect the privacy of those around me.

However, the time has now come for my friends and fans around the world to know the truth, and I hope everyone will join with me, my doctors and all those worldwide in the fight against this terrible disease.”

The following day, Mercury passed away from complications brought on by the disease. He was 45 years old.

“Freddie Mercury was one of the first high-profile stars to die from the disease, and his story and the story of AIDS are, to some extent, inextricably linked,” Langthorne says.

However, Mercury’s death did not mean the end of an era. Queen was still able to sell massive albums after his passing—they sold half of their 32.5 million albums in the US after his passing. Worldwide, Queen has sold about 300 million albums, and spent more time on the British charts than the Beatles—the band that everyone seems to compare everyone else to. Mercury himself was voted number 58th in a poll of the “100 Greatest Britons.”

Mercury’s talent earned him far-reaching honors including induction into the Rock and Roll Hall of Fame in 2001 and the Songwriters Hall of Fame in 2003, both alongside his bandmates. He was selected as the second greatest lead singer of all-time by Rolling Stone readers, and the 18th best rock singer ever by the magazine’s editors.

Mercury’s death, the first of a rock star with AIDS, brought even greater prominence to the growing epidemic, which by 1991 was the second-leading cause of death in the United States among men 25-44.

Roger Taylor, John Deacon, and Brian May established The Mercury Phoenix Trust to raise funding for AIDS research, and in April 1992 produced The Freddie Mercury Tribute Concert for AIDS Awareness which sold out 72,000 tickets in five hours and was watched by an estimated one billion viewers. The concert included performances by Queen, U2, Metallica, and Guns N’ Roses.

The scope of Queen’s popularity made Mercury one of the most high-profile AIDS-related losses and brought increased mainstream attention to HIV/AIDS. This established him as one of the most important fixtures in AIDS history.

Today, The Mercury Phoenix Trust give to a wide range of Education and Awareness projects, principally targeting young people in the developing world.

In the last 21 years, the Trust has given away over 16 million dollars in Freddie Mercury’s name and funded over 700 projects in the global battle against HIV/AIDS.

An artist, writer, editor, and feminist based in the Philippines.