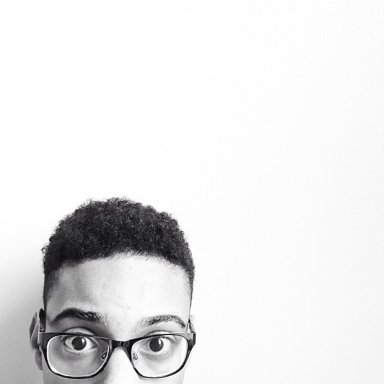 The Blood Bank — immaculately sterile and faintly smelling of rubbing alcohol and latex gloves, it is home to the most salient form of altruism. Prospective donors are first subjected to an invasive, 48-question survey about their recent habits, using the umbrella term “risky” to defer any potentially “hazardous” fluids. It starts off innocently — “Are you feeling well today?”– but quickly dives into a place I like to call the “Therapist’s Realm.”

The questions are like bullets — drug use, recent visits to brothels, sexual history. However intrusive, the questions are medically sound; intravenous drug users and frequent visitors to the Bunny Ranch are less than ideal candidates from which to receive blood. But then we get to question #34: “Male donors: From 1977 to the present, have you ever had sexual contact with another male, even once?” The fateful answer “yes” to question #34 ends in a lifetime ban from ever donating blood — and why? Implicitly, this ban marks “gay blood” as inherently unclean, regardless of the preventative measures taken to avoid contraction of blood borne pathogens or viral infection. And the FDA is remarkably diligent in their discrimination, never forgetting to ask any women if they “possibly” could have had sex with a man who has also had sex with another man.

It began in 1977 — Fleetwood Mac, Jimmy Carter, and yes, AIDS. With the “scientific revelation” that the alleged Patient Zero of the HIV/AIDS epidemic was, in fact, a gay man, the human proclivity towards scapegoating once again reared its ugly head and forever labeled AIDS as the “gay disease.” I recently attempted to contact Dr. Karen Midthun, the Director of the Center for Biologics Evaluation and was instead referred to Jill Burkoff, a Consumer Safety Officer. (It’s interesting to note that my subject line of “Gay Male Blood Donors” was immediately referred to an officer specializing in “Consumer Safety,” but I digress.) In my tersely worded email, I asked her to explain some of the medical science behind the ban and to offer more clarity to answer the flashing question “WHY?”

“In a modern technological age,” I wrote, “isn’t all donated blood tested for potentially harmful pathogens? Why not exclude the positive tests from entry into the Blood Bank instead of marking an entire group as unfit?”

Her reply was the following:

“A history of male-to-male sex is associated with an increased risk for exposure to and transmission of certain infectious diseases, including the Human Immunodeficiency Virus (HIV), the virus that causes AIDS.”

Scathingly, I asked her why the exhaustive questionnaire failed to require disclosure of the number of sexual partners of all donors, and instead focuses on coercing confession of a single sexual encounter between two men. Surely the most premier medical minds would understand that a straight man with many sexual partners would be a riskier donor than a gay man in a committed, monogamous relationship (they do exist)! I received no reply. Again, this links “gay blood” with uncleanliness, and perpetuates the stereotype that gay men are nothing more than hungry orifices.

It’s been almost 40 years. I’d like to think that we’ve made more progress as a nation and have matured past scientifically unfounded stigmas. Our current President has publicly announced his support for same-sex marriage, 19 states and the District of Columbia have legalized same-sex marriage, but gay men are prohibited from donating blood? Russia — the reigning Queen of homophobic government practices — currently has no deferral against gay male blood donors (Russia!). How can such blatant homophobia in one area under the guise of “science” simultaneously coexist with such progress in another?