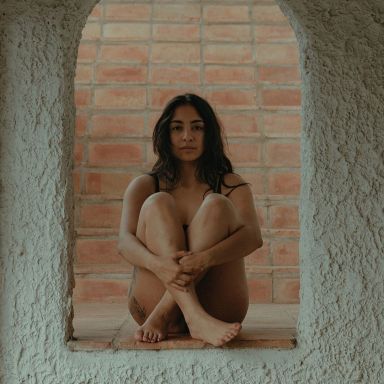 At 21-years-old, I found myself as a single mother, a broke college student, and a newly diagnosed patient with HIV.

The emotions that flooded me in the months to come included guilt, shame, and an unbearable depression that society told me I should feel after contracting an STI. I thought women weren’t affected by HIV? What if I give it to another person? Who would love somebody with this much baggage?

Questions like this haunted my every waking moment. Before I grasped the concept that an STI does not define a person, I thought I would be permanently labeled a toxic hazard and an embarrassment to my loved ones, as this had been the narrative surrounding any STI diagnosis for the past two decades. The notion that HIV only affected gay men was still prevalent during this time so finding accurate information, woman-based support groups and general acceptance was difficult, to say the least.

Although I was repeatedly told by my doctors that once I started medication, I would be undetectable which meant I could not transmit the virus and could expect a normal life expectancy, I still feared the stigma. As a young woman, I felt lost and alone in a world unforgiving to this normal human circumstance. I felt my identity and sexuality had been stripped away by the antiquated stigma that surrounded HIV. Little did I know a major shift was about to emerge from this darkness.

Somewhere between bouts of screaming into my pillow, failed attempts at dating, and tireless nights of research, a new realization blossomed for me, particularly through spirituality. I am still whole, healthy, and abundant as ever. The anxiety and depression I incurred led me to meditation, natural medicine, breathwork, and manifestation to name a few. With these modalities, I came to the realization that STIs do not define us and that they shouldn’t deter anyone from living a juicy and fulfilling life.

I can say now, five years later, that all those false beliefs were the farthest thing from my truth. That truth is that I am thriving. While I understand the following claim may be controversial, I truly believe HIV saved my life from an unfulfilling path I didn’t even know I was on. Without it, I don’t believe I would have found spirituality, nor would I have gained the knowledge women like me once lacked.

This virus has shown me that my purpose on this planet is to simply bring healing to others. To provide all who are dealing with grief the tools and confidence to be vibrant, sexual, and empowered beings. I have made it my mission to make it U=U common knowledge so that those living with the disease can flourish.

I now use social media to shed light on the fact that HIV has no bias, it can affect anyone who has sex, regardless of class, frequency of sex, or gender but most importantly, pushing the narrative that STIs don’t define you! Normalcy is attainable after diagnosis; I know this because I live it every day. Sharing my experience, providing hope to the hopeless, and living to my fullest expression has brought me so much healing and healing to all those who come to me for support. This disease gave meaning to the saying “make your mess your medicine.”

The gratitude I have for my mess is insurmountable and I can’t wait to share it with the world. We only have one chance at this rollercoaster we call life and I believe it is our birthright to be unconditionally happy and in love with life.