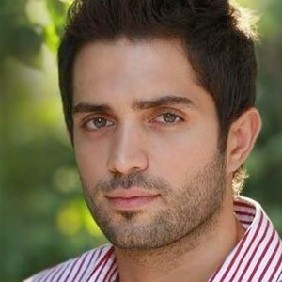 By Joe Masters Updated October 9, 2018
Toa Heftiba from Unsplash
There are five distinct stages of falling in love.

The Reality of Falling In Love

We’ve all seen the romantic comedies that usually follow a formula – the nerd or loser gets rejected by the object of his affection, and then after some highly unlikely events take place… she falls into his arms like it was always meant to be.

If only real life were so forgiving, we might buy into these pipe dreams. Love in the real world isn’t always so easy. But what if we could take a peek and find out what happens “behind the scenes” when we start developing romantic feelings for someone?

Dopamine, Oxytocin, Serotonin… these are probably words you’ve heard before. But did you know that they are also the same chemicals that get jumbled up in your brain when you’re falling in love with someone? (or at least, developing an attachment).

It turns out there literally is “chemistry” happening in the brain to make you feel a certain way about someone.

If you’ve ever heard that “love is a drug”, this is why!

Stage 1 of falling in love: The initial stages of lust, physical attraction, eye contact, or anything that makes you intrigued about someone.

In this stage, there is a lot that can happen – we might not feel an immediate attraction to someone, and then develop it over time. Or we might instantly feel a connection to someone, and develop it from there. What happens in this early stage is that there is a rush of a neurotransmitter called “dopamine”, which makes us excited and feel good. Dopamine is also the same chemical that gets released when people take drugs or do something that makes them happy.

Stage 2: Early courtship, dating phase, and everything in between (including those jittery nervous, “butterflies in the stomach” feelings).

In this stage, there is some level of uncertainty about where the relationship is going. That’s why the brain sends off chemicals that are related to adrenaline – and combined with the good feelings of dopamine, can make for a potent cocktail that makes us feel even more motivated to pursue this specific person. Because of it’s early stage in the relationship, it might even be a case of being highly compatible with eachother (which could indicated through pheromones).

Stage 3: Ever been “obsessed” with someone, or atleast thought about so much to the point you thought you were crazy?

If you’ve ever had a crazy stalker, or even been so interested in someone you couldn’t stop thinking about them… it’s probably because at this stage, there is another chemical involved in the cocktail of love. However this time, it’s not a “release” of a certain chemical. It’s actually a “suppression” of serotonin – a chemical that helps us feel calm, confident, and gives us a sense of wellbeing.

But why? It turns out that a suppression of this chemical can actually lead to obsessive behaviors, which is often why serotonin medication is prescribed to people with obsessive-compulsive disorder and to treat other similar problems. It’s unclear exactly why this happens, but scientists believe that it is a biological response to motivate people to pursue your romantic interest even more.

Conversely, if this didn’t happen, we might not really feel the urge to to get to know and become romantically involved.

Stage 4: You start to idealize your romantic interest (even if it’s completely irrational to other people).

If you’ve ever tried to persuade a friend or someone else that they were making a dumb decision, this is probably why: your brain actually starts to idealize someone once you become attached romantically on some level. But why?

In a study by Professor Semir Zeki, it showed that people who were romantically involved with someone actually shut off (or atleast reduced the effectiveness) of parts of the brain involved with controlling negative emotions, judgment, and empathy.

Stage 5: Uncertainty starts fading away as couples settle into the relationship, and the final piece of the attraction puzzle: oxytocin + vasopressin.

It’s difficult for the human mind and body to constantly maintain a state of excitement, euphoria, and all those other feelings that are exciting about falling in love. Over time, these feelings naturally start to fade, while the trust, attachment, and deepening of the relationship takes place.

The body starts releasing the chemicals oxytocin (which is also known for the maternal bond between mothers and children), and vasopressin.

This is the most likely explanation of why crazy love starts to dwindle over time, and where a calm, fulfilled feeling takes its place.

So now you know what makes us “tick” when it comes to choosing romantic partners, and if you’re already in a cozy relationship why you might not feel that same “excitement” you felt months or even years ago for your significant other.

The question is, what can you do with this information? Well, we know that dopamine is a feel good chemical – so one of the most obvious is making your partner laugh! And perhaps to stir a little excitement into the mix, do something crazy together – how about snowboarding? Roller coasters?

The list is endless – but now that you know what’s REALLY happening in the brain, you can use it to your advantage and have an even happier, more fulfilled relationship.

Keep up with on houseofpheromones.com

This Is Why You Might Not Recognize Real Love